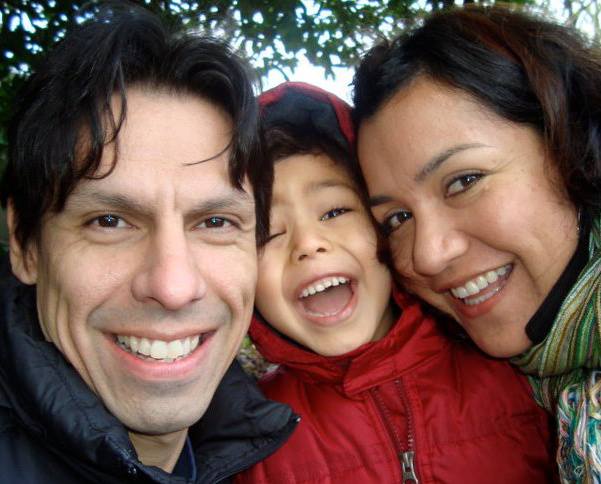 Born and raised in East Los Angeles, Martha Gonzalez is no stranger to diversity. Her love of music – she is the lead singer, percussionist and songwriter for the band Quetzal, a 2013 Grammy winner for its album “Imaginaries” – and passion for social justice and activism have guided her through her academic and creative journey. Known as a “Chicana Artivista,” Gonzalez is Assistant Professor in the Intercollegiate Chicana/o-Latina/o Studies Department at SCRIPPS/Claremont Colleges and recently earned her Ph.D. As a parent, she has learned to balance her music, academic work and activism, though she admits it hasn’t been easy.

Gonzalez spoke to us about creating “A de Activista,” the Spanish-language version of the children’s book “A is for Activist,” which introduces children to the vocabulary of activism, equal rights and justice.

Tell us about “A de Activista.”

This book was not so much a translation, but rather an adaption of the English version, “A is for Activist,” written and illustrated by Innosanto Nagara. He reached out to me, asking if I was interested in writing to the images of this book. I was honored. I not only needed to write to the images, but also include additional letters from the Spanish alphabet, which was more challenging than many would think. I wanted to stay true to the original work and make sure that the messages and terms carried over from the English version.

Did your activism change when you became a parent?

Becoming a parent can take you away from a lot of things you would like to be doing in terms of activism. You don’t stop what you’re doing but you definitely cut back. It’s not a bad thing, because you begin to prioritize and start focusing on what is more important for your child. Many may think that parenting comes in the way of activism, but in actuality, parenting and spending time with our children is a form of activism. What better place to be socially active than in the home with your own children? Raising children and being a parent is the biggest impact you can have on the world. It’s important to instill ideas from the very beginning. Kids are never too young. It’s always a balance, of course. Everyone has to take time to judge what’s good for us and good for our kids. I struggle with it sometimes. I focus on what’s more important right now. Parenting, when done well, is one of the most selfless acts.

When did you start talking to your son about activism? 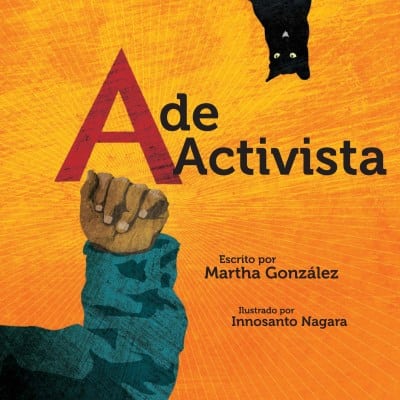 Martha Gonzalez created the Spanish-language version of the children’s book “A is For Activist.”

Since day one, we’ve always been open to talking to Sandino, my 10-year-old son, about social issues. With all the regular work and events that we go to, he’s very aware of the issues. We’ve never kept anything from him. He knows a lot. It was easier for me to write this book because I had already talked to my son about certain issues. When something comes up, we make it a point to speak to him about it. Our dinnertime talks are very interesting.

Do you have any tips for families who want to be more involved?

This book is a perfect segue into conversations. I think children will understand these issues immediately. They are very intelligent. You don’t have to wait to introduce terms like feminism, gay marriage and movement. As parents, we should plant the seed. Children are critical thinkers, and this book helps start the conversation.

Are there events you recommend families to attend?

There are centers throughout the community like the The Floricanto Center for the Performing Arts (www.danzafloricantousa.com) that provide entertainment and programming that revolves around families and children, but as I mentioned earlier, social activism can begin in the home. It’s important for us to look and see where events are happening, but it’s also important for parents to get together and build that community within the home.