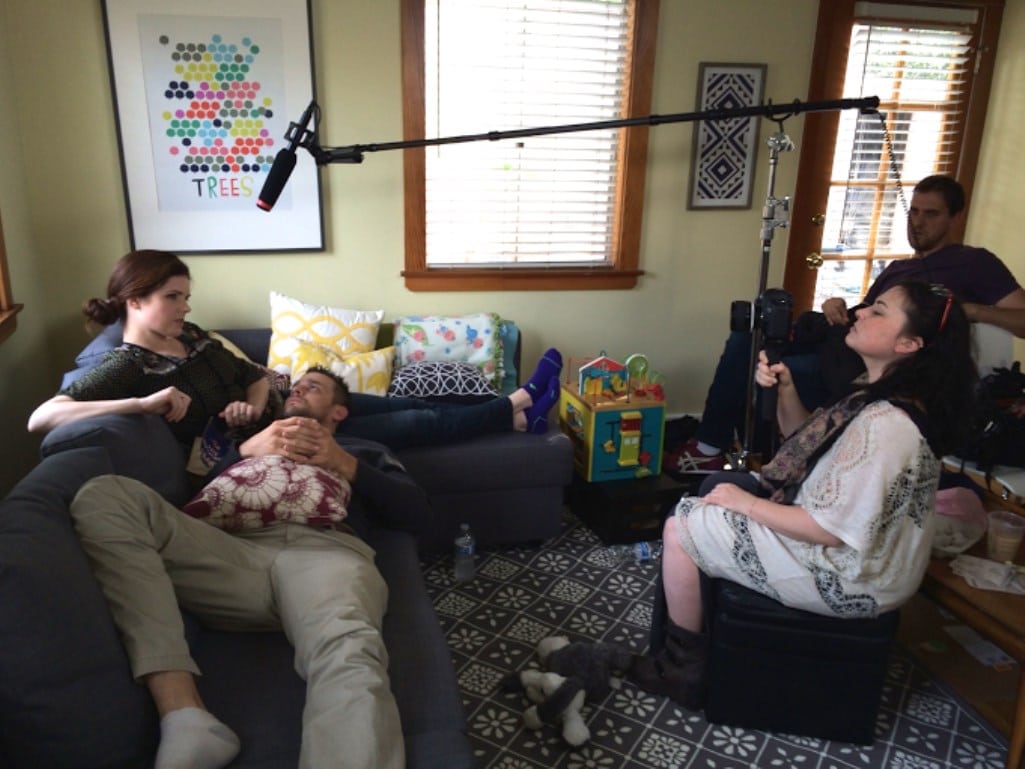 When L.A.-based writer Jake Greene became a father in 2011, he was faced with the challenge of being a present parent while staying current in popular culture. His realization that previous generations had given no thought to this impossible task became the impetus for his web series Millennial Parents, co-created with writer Natalie Irby. The series, now in its second season, is steadily growing in viewership and exposure.

The two-minute episodes follow the adventures of new parents Kurt and Annie, played by actors Lea Coco and Laura Eichhorn. The stories usually revolve around their flailing attempts to stay ahead of a culture that has no time for sleep-deprived new parents.

Social media sharing, the inability of new parents to keep up with the news, and listening to new music that’s entirely inappropriate for children are among the conflicts that arise and baffle Kurt and Annie. “Most of the material is inspired by, though not always directly based on, something that happened in my life,” Greene says. “The fun part is raising the stakes and then trying to imagine how Kurt and Annie would handle similar situations, because they are a lot more dynamic than I am.”

What makes Kurt and Annie’s generation’s parenting different from that of previous parents? The biggest difference, according to Greene, is technology. Specifically, the sharing (or oversharing) that social media allows. Greene refers to this as “family branding.”

“Social media has given other people greater visibility into your life,” Greene says. “Today, not only do people judge everything you and your spouse and children post on Facebook and Instagram, but they also judge you based on what other people post about you and your family.”

In the end, the series tries to find the balance between the stress of being a new parent and the fun. As Greene puts it, “being a Millennial parent is really overwhelming. It’s really important to admit when you are being ridiculous and laugh in the moment.”

The archive of Millennial Parents episodes can be found at millennialparents.com or on their YouTube channel.