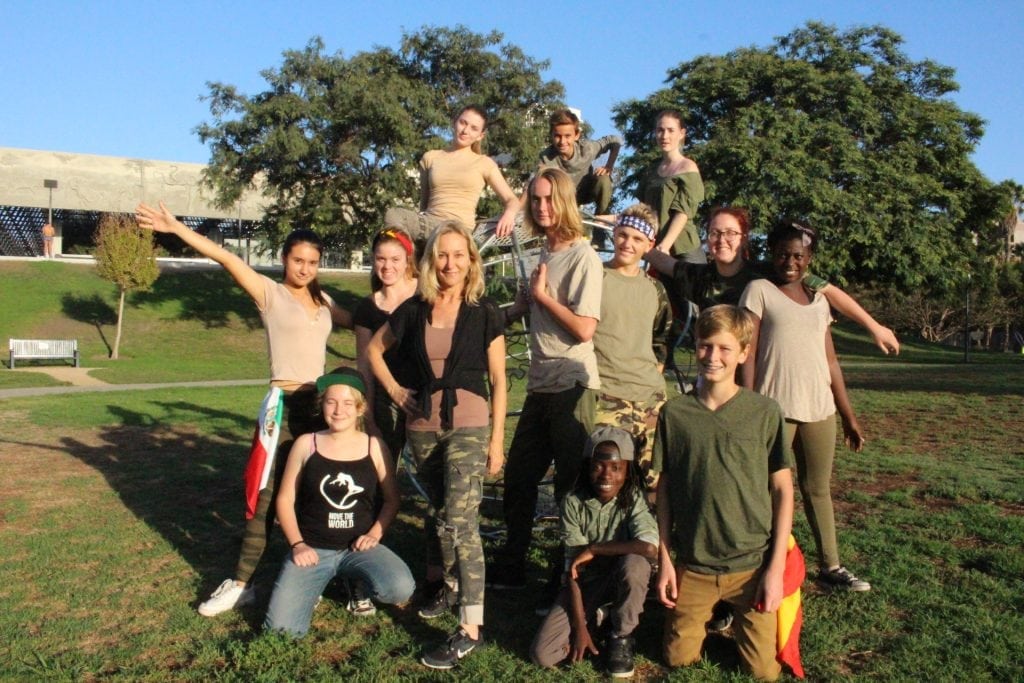 They learn to dance and they dance to create change. The L.A.-based participants in the nonprofit Move the World, most ages 9 to 21, create and perform original dance works that spotlight causes from the health of our oceans to homelessness among our youth.

“I wanted to teach the kids not only to love performing, but for there to be a purpose behind it,” says Move the World Executive Director Cecilie Stuart, who has been a choreographer, director and producer in L.A. for 20 years. She was first inspired to start the program in 2011 when her daughter, Bella Garcia, asked Stuart to teach her to dance. She then attended a symposium hosted by the Pachamama Alliance, a nonprofit dedicated to preserving the lands and native cultures of the Amazon rainforest. That experience helped shape the Move the World mission.

The program, founded in 2012, is a yearlong commitment that attracts students from Santa Monica to Agoura Hills. It features weekly beginning through intermediate classes in ballet, contemporary and hip-hop dance. In addition to taking at least one dance class per week, students and their families meet monthly for workshops where the kids watch documentaries and practice public speaking.

Each year, participants vote on the issues they’d like to focus on in the coming year. Last year’s causes were ocean preservation, LGBT rights and youth homelessness. The group decided to continue with those causes this year. Students collaborate and brainstorm ways to focus their message, and perform their compositions at local venues such as The Broad Stage and free family events such as last September’s Tarfest at the La Brea Tar Pits.

Proceeds from dance performances also support Move the World causes. Alixson Soukup, 11, and his sister Nancy, 12, were born in Haiti and were adopted after the devastating earthquake there in 2010. They have danced with Move the World for three years and were able to raise money to help fund clean drinking water in their former home country, traveling there to see the impact of their efforts.

The next Move the World performance will be the MTW Family Ball from 6-10 p.m. Feb. 18 at Topanga Community House, 1440 N. Topanga Canyon Blvd., Topanga. The formal event includes food and drink and luxury raffles, and tickets are $15. Learn more at www.movetheworldnow.com.