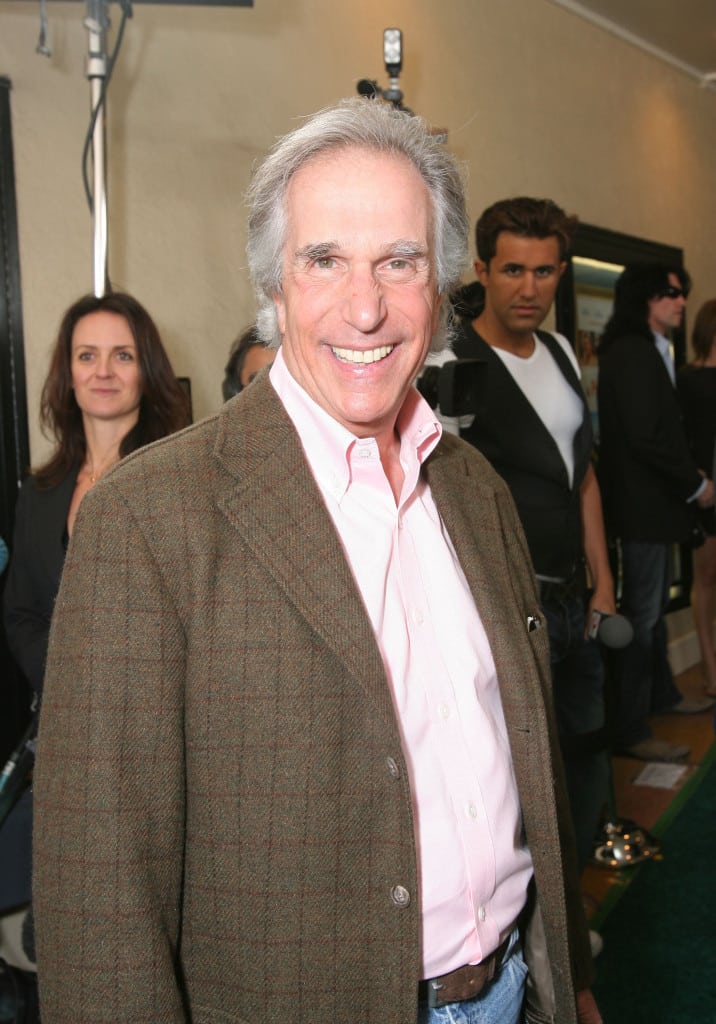 Henry Winkler, who appeared on the cover of L.A. Parent in 1981, reflects on parenting – what he’s learned and how he’s still learning.

Henry Winkler is on a mission. The actor, director and producer, best known for his role as Arthur “The Fonz” Fonzarelli in the 1970s sitcom “Happy Days,” wants to make every child smile.

And he has a plan, based on his 44 years as a father (he has a son, a daughter and a stepson) and his five years as a grandparent.

Winkler was a newish dad of three when he appeared on the cover of L.A. Parent in April of 1981. The magazine was called Pony Ride then, and Winkler was its most-recognizable cover model to date. At the time, “Happy Days,” an ode to family life in the 1950s, was in its seventh year, and most people knew Winkler as “The Fonz,” complete with Pompadour haircut, leather jacket and motorcycle.

But few knew this: In 1980, with “Happy Days” at its peak, executives at Paramount Studios in Hollywood, where the show was filmed, approached the cast and crew about changing its shooting schedule, which meant Winkler would spend more time on set and away from home.

“At the time, I was on Stage 19 at Paramount Studios, and I bought a house that was a straight shot to work,” he says. “I couldn’t live a tremendous distance from work. At that time, I was home for dinner except Thursdays and Fridays [shooting schedule nights].”

A different schedule would cut into Winkler’s family time, which was important to him. So he asked that the schedule be left alone — and Paramount did just that.

In his 1981 interview with Pony Ride, Winkler talked about his involvement with the Los Angeles Children’s Museum, which he helped found. It was on Main Street in downtown. It’s now closed, but 34 years later he, like most parents, has a lot to reflect on.

“I know this now about being a parent,” Winker says. “Our job is to keep [our children] as safe as we can, and to encourage as much as we can for them to meet their destiny.”

And each child, he says, is an individual. “Each child is like baking a muffin,” says Winkler. “You know, you put a toothpick in to see if it’s done. Each child, they do it their own way.”

Winkler also had to learn to be a parent in his own way. He struggled with undiagnosed learning disabilities as a child, and recalls that his parents criticized him and told him he was not living up to his potential.

“I made a decision when I was 10 – and I thought about it every day – that I was going to be a different parent from my parents,” Winkler says. “I think one of the most important things in being a parent is seeing your child in front of you as who they are — not who you want them to be. If you do that, it solves about two million problems right off the bat.”

Winkler was diagnosed with dyslexia at age 31, when he and his wife, Stacey Weitzman, took her son, Jed, who was in third grade at the time, to be evaluated for learning disabilities. Today, Winkler is proud father and stepfather to three adult children, all of whom graduated from college, and three grandchildren. 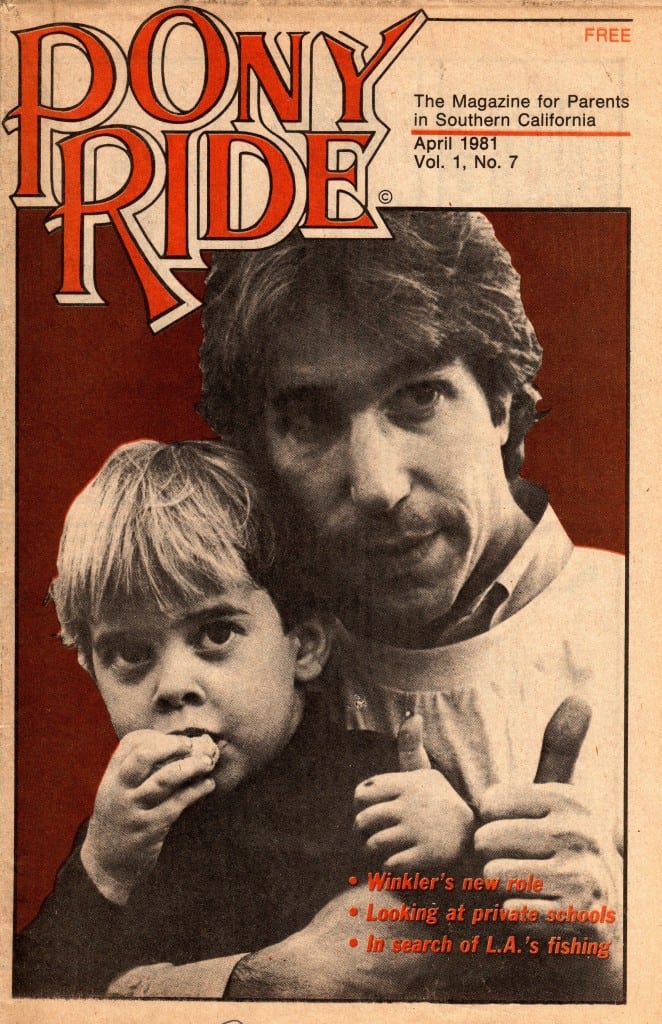 Once upon a time, L.A. Parent was called “Pony Ride,” and Henry Winkler was on the cover.

Winkler’s passion for allowing children to be themselves is evidenced, he says, in how he parented his children, and in two series of books he has written with author Lin Oliver: Ghost Buddy and Hank Zipzer: The Mostly True Confessions of the World’s Best Underachiever. The pair has combined for 28 books thus far, with two more to come. They are a source of pride for Winkler.

“I write the emotion as it is,” says Winkler. “Children connect with them.”

To make his books appealing to children, Winkler and his team selected a font that is easy for children – even those with learning disorders – to read, and he intentionally writes some short chapters to make the books seem less overwhelming and to give kids a sense of accomplishment in their reading.

His books have brought Winkler a new level of fame and have him traveling the globe to talk to school-age children. It’s a journey – literally and figuratively – that he greatly enjoys,

Winkler’s books, which he ranks as his biggest achievement outside of his children and grandchildren, even earned him an award from the Queen of England in 2011. He was named as an Honorary Officer of the Most Excellent Order of the British Empire in recognition of his services to children with dyslexia and special-educational needs.

As he reflects on the turns that the road of life has presented him with, Winkler marvels at his fortune.

“You know everything you need to know about parenting in your tummy,” he says. “When your alarm goes off, listen to it. Your instinct. You can double-think yourself, but your instinct is always right.”

He continues, “Being a parent, without a doubt, is the most difficult job on the face of the planet. Period.”