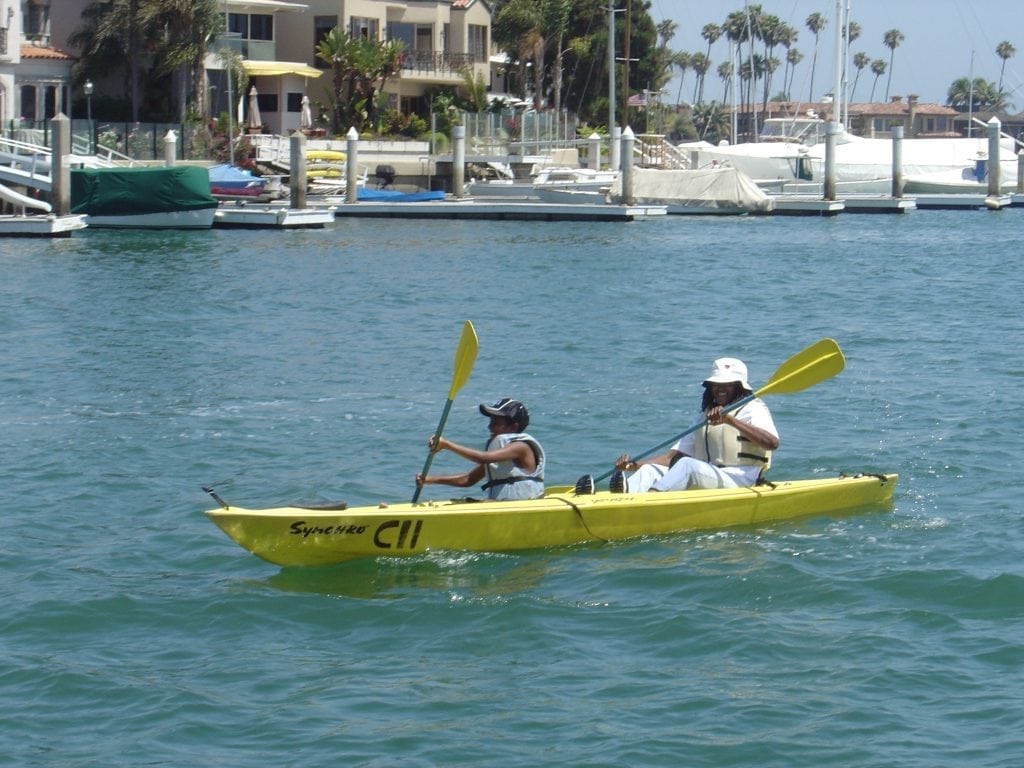 Kayaks On the Water in Long Beach rents sit-atop kayaks that don’t tip easily, making them ideal for beginners and families. PHOTO COURTESY KAYAKS ON THE WATER

For some kids, choosing a water sport is a no-brainer. Synchronized swim, for instance, is a natural fit for 13-year-old Sophia Davison. “It joins two of my passions – speed swimming and gymnastics,” she says.

Other kids might want to explore a little, and the L.A. area’s miles of coastline and nearby lakes make it easy. When my three kids were small, we started kayaking and picked up other water sports as they got older. My daughter, Christina, was even on a synchronized swim team for several years.

Summer’s the time to dive in. The UCLA Marina Aquatic Center in Marina del Rey offers an array of water sports for families to discover, and there are many water sport outfitters dotting L.A. shores. Depending on the rental shop and sport, rates vary from about $10 an hour for kayaking (without instruction) to $100 or more for kitesurfing and water skiing.

Kayaking is probably the easiest and most affordable water sport. It’s fun to pack sandwiches and a water camera and head out to a lake or bay for a few hours of paddling. “It’s good team building because families have to work together to arrive at the same place,” says Ken Williams, owner of Stand Up Rentals and Kayaks on the Water in Long Beach. “The main thing is, everyone is out to have fun, so you have a happy day.”

Kayaking is good for your arms, chest, back and stomach muscles. Yet it’s a relaxing activity because you paddle at your own pace. The sit-on-top kayaks Williams uses are great for beginners because they don’t tip over easily. If they do, they don’t fill with water and are a cinch to roll over. Williams rents kayaks on calm Alamitos Bay, considered a top place for paddle sports. Six miles of waterways lead to bird-watching sites, canals and even a mall. 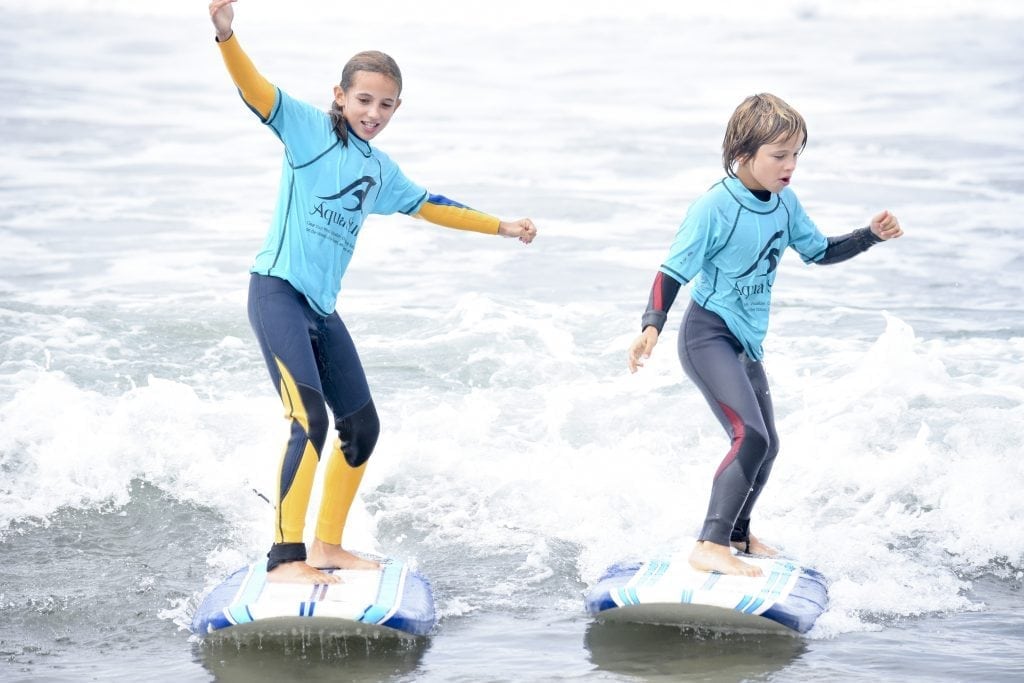 Aquasurf camps teach kids about the ocean, safety and the environment – in addition to helping them stand up on their boards. PHOTO COURTESY AQUASURF.COM

When Loren Simpson, her 9-year-old daughter Chloe Madison and Madison’s friend Aniyah Reed stopped at Alamitos Bay for a day out, learning to kayak wasn’t part of the plan. But they watched people paddling on the water and thought it looked like fun. When they spotted Williams’ kayaks on the sand, they took an impromptu class on land before getting in the water.

“The girls were a little hesitant about falling in the water,” says Simpson. “About 15 to 20 minutes into it, they were so comfortable. We paddled through the bay and checked out houses. We saw swimmers, paddleboarders and explored the canals. It was quality time.”

Another fun paddling experience is stand up paddleboarding (SUP), which takes the skill level up a notch. As with surfing, you stand on a board. The difference is that you can take your board in the ocean, on a lake, bay or river. SUP requires balance and exercises your body from the tips of your fingers to the tips of your toes. It’s best to learn on land how to correctly position your feet on the board.

Williams gives lessons featuring a rocking simulator about one foot off the ground so participants feel like they’re on the water. The color-coded paddles show you where to place your hands. “This system prepares paddlers physically and psychologically, and they rarely fall in the water,” he says.

The key is not to look down at your feet while paddling. Look around and enjoy the views. “When you get on your board and you’re paddling correctly, you actually pin yourself down to the board and become part of the vessel,” says Williams.

That’s especially important when paddling in the ocean, where the water is constantly moving. If you are about to fall, kneel on your board for balance. Stand up paddling is versatile in that you can sit, kneel or stand, whatever makes you comfortable. 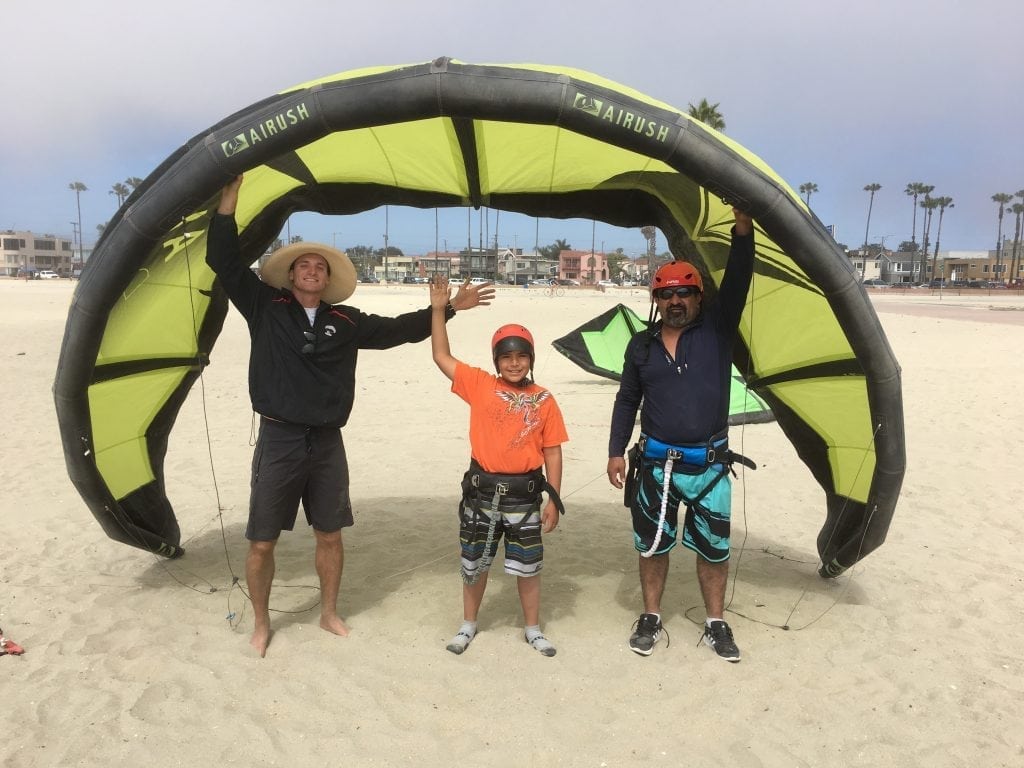 Kids as young as 14 can learn kitesurfing at SoCal Kitesurfing in Long Beach. The sport uses wind to pull riders through the water. PHOTO BY BART MILLER

When there’s no wind and the ocean is flat as a lake, Williams may bring paddlers to a dolphin pod, first by boat and then on boards. “The dolphins come up to you. The experience is life changing,” he says.

Another amazing water experience with a passionate following is surfing. “It feels like you’re flying on water,” says Allen King, founder and CEO of Aqua Surf School, which has locations up and down the SoCal coast.

Kids as young as 4 who swim and are comfortable in the ocean can usually learn to surf the first day. While private lessons are available, surf camps are a fun way for kids to learn with their peers. It’s a relaxed atmosphere with more time in the water. “We teach them about the ocean, safety and the environment,” says King.

Surfing helped 10-year-old Lucas Peters conquer his fear of sports. When he was 8, Lucas broke both of his arms jumping off a park seesaw. After months of casts and rehabilitation, he was afraid to even ride his bike, says his mom, Kasi. Doctors recommended swimming to help Lucas become active again. After he became comfortable in the water, Lucas first tried boogie boarding, then graduated to surfing.

Lucas’ surf instructors help him work through his fears, sometimes just sitting with him out in the water on their boards watching the breaking waves. The sport challenged him mentally and helped ease his anxiety. “He likes to be in control and he learned that when your surf, you’re at the mercy of Mother Nature, so he’s learned to become more adaptable,” says Kasi. 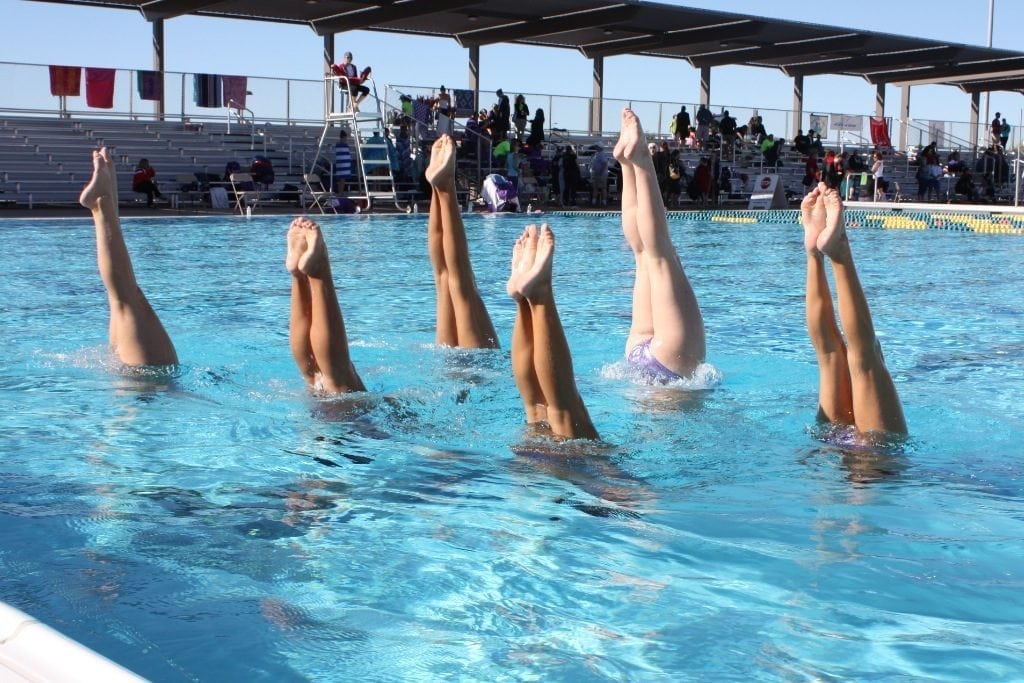 Kids who like surfing but don’t want to paddle may like kitesurfing, says Bart Miller, owner of SoCal Kitesurfing in Long Beach. The sport uses wind to pull riders through the water. During land lessons, you learn how to maneuver the large kites.

“It’s something a family can do together, but everyone can enjoy it at their own pace,” says Miller. “The sport gives you a sense of freedom and independence, and yet an interdependence with the wind and nature.”

Miller and his son, Parker, learned to kitesurf together and turned it into a family business. He recommends 14 as the ideal minimum age to learn. “There’s a technical aspect to the sport that not all kids will have the patience for,” he says.

After watching kitesurfers near her Long Beach home, teenager Ashley Lloyd, already a surfer, begged her dad, John, for lessons. Reluctant to let his daughter try a sport that looked dangerous to him, he compromised by signing them both up for lessons two years ago. “I fell in love with the sport too,” says Lloyd. “The most challenging skill is maneuvering the kite at the same time as standing up.”

Little did Lloyd know that his younger daughter, Elly, now 16, had been sneaking out to kitesurf. While it took him about six months to get proficient, Elly was expertly maneuvering her kite within two months.

Be Part of a Team 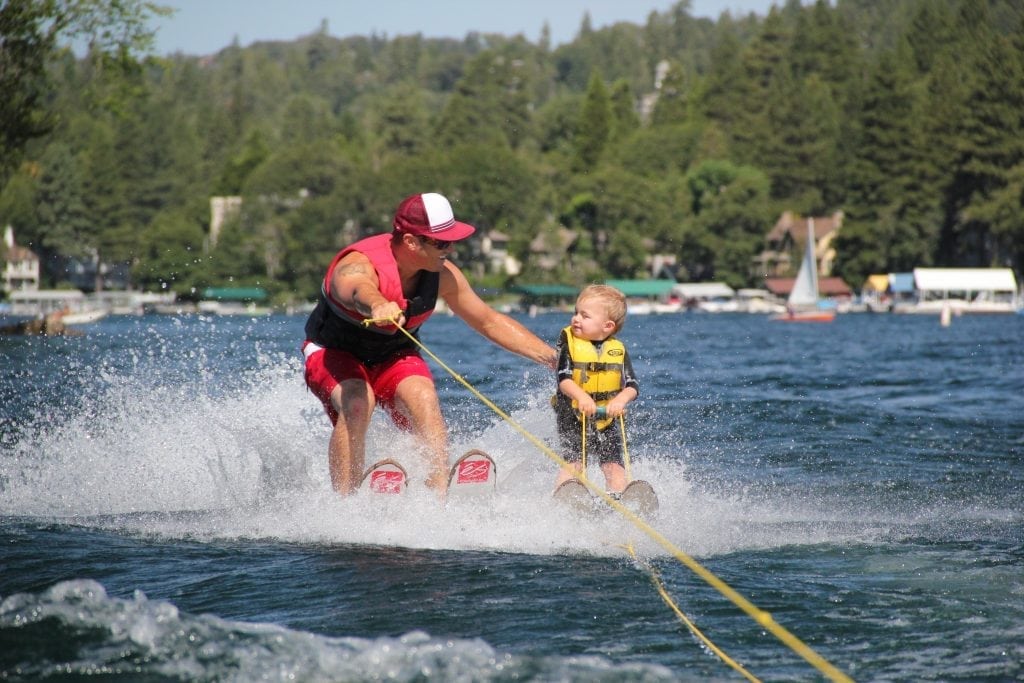 If your child has a flair for showmanship and enjoys swimming, dancing and gymnastics, synchronized swimming could be a good fit. It’s a niche sport that combines all these skills to create precision routines with elaborate moves in water accompanied by music.

Open to either gender, synchronized swimming teams are most often filled with girls. At Los Angeles Synchro in Sherman Oaks, kids as young as 7 can start in a non-competitive or competitive program and work their way to competitive levels for ages 12-19.

Los Angeles Synchro participates year-round in local, regional, national and international competitions. “It’s fascinating when girls come and try it. They either really like it or say it’s not for them,” says club president Suzanne Davison, whose two daughters are seasoned synchronized swimmers.

The sport tends to appeal to girls who like being part of a small group of swimmers that practice and compete together. “The most important traits that we look for are that they have a great attitude, they are looking to have fun and they are ready to challenge themselves,” says head coach Courtney Gregory.

Synchronized swimming was the first activity where Davison’s older daughter, Isobel, worked hard to excel. “I watched her want to make it to the higher level team,” Davison says. “It’s motivational and they feel they’re part of something bigger.” After seven years of competition, Isobel, 18, now coaches at L.A. Synchro and is eager to help other girls reap the same benefits she did.

“Synchro helped me build my self-confidence, provided me my second family and helped me grow in ways I could never have imagined,” Isobel says.

Ride Behind the Boat 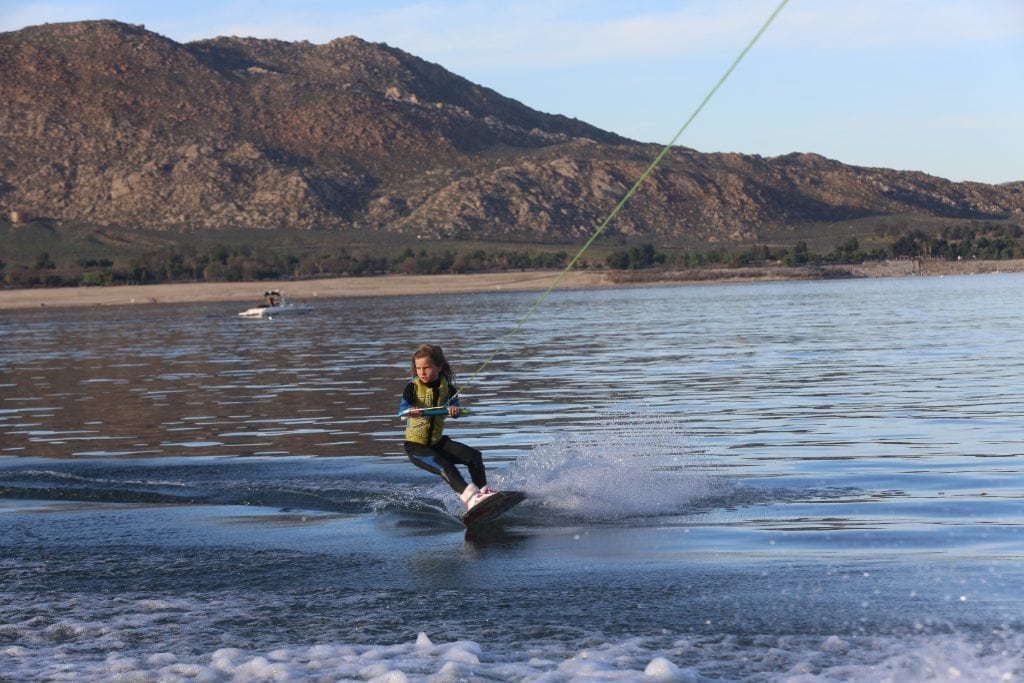 At Los Angeles Wake on Castaic Lake, kids can learn wakeboarding, where they’re pulled behind a boat on a single board instead of skis. PHOTO BY ANTON TKACHENKO

While synchronized swimming is all about the teamwork, water skiing for many is all about the landscape. “When you’re on the water skiing, everyone has a purpose,” says Holly Frank, who along with her husband, Justin, runs the McKenzie Water Ski School in Lake Arrowhead. “For some, that purpose is to sit back, relax and soak up rays while you enjoy your family skiing, crossing the wake creating rainbows to add to your already perfect backdrop.”

No worries if you’ve tried water skiing in the past and couldn’t get the hang of it. Water ski shapes have changes dramatically over the last 10 years, so it’s easier to learn. “There is no longer a one-size-fits-all design for skiers,” says Justin. “There has been a greater emphasis placed on manufacturing skis for larger people and beginners.” Longer, wider skis with more surface area offer more stability at slower speed and less strain on the arms and upper-body muscles, he explains.

McKenzie Water Ski School offers lessons on a two-mile course, with two additional people allowed to ride in the boat. For those who don’t need lessons, McKenzie provides a boat, captain and gear.

For those who don’t want to keep track of two skis, there’s wakeboarding, which consists of a single board pulled by a boat. “Kids must swim well and not be afraid of the water,” says Maria Tkachenko, who runs Los Angeles Wake in Castaic Lake with her husband, Anton, who’s a coach. Their 10-year-old son, Max, competes nationally, and their daughter, 7-year-old Liza, also rides.

“Wakeboarding doesn’t require any previous training or skills, but kids need to enjoy energetic activities and sports in general,” says Tkachenko. “If kids know how to ride a skateboard, rollerblades or scooter, that’s a big plus.”

Another big plus is that you don’t need to be a strong athlete to enjoy many of these water sports. They’re fun and they’re good for coordination, fitness and self-esteem. My kids and I agree that we’d rather paddle in the ocean or ski on a lake than climb stairs at the gym. And there’s no need to cool down when we’re through.

Mimi Slawoff is an L.A.-based writer and mom of three who regularly contributes to L.A. Parent.