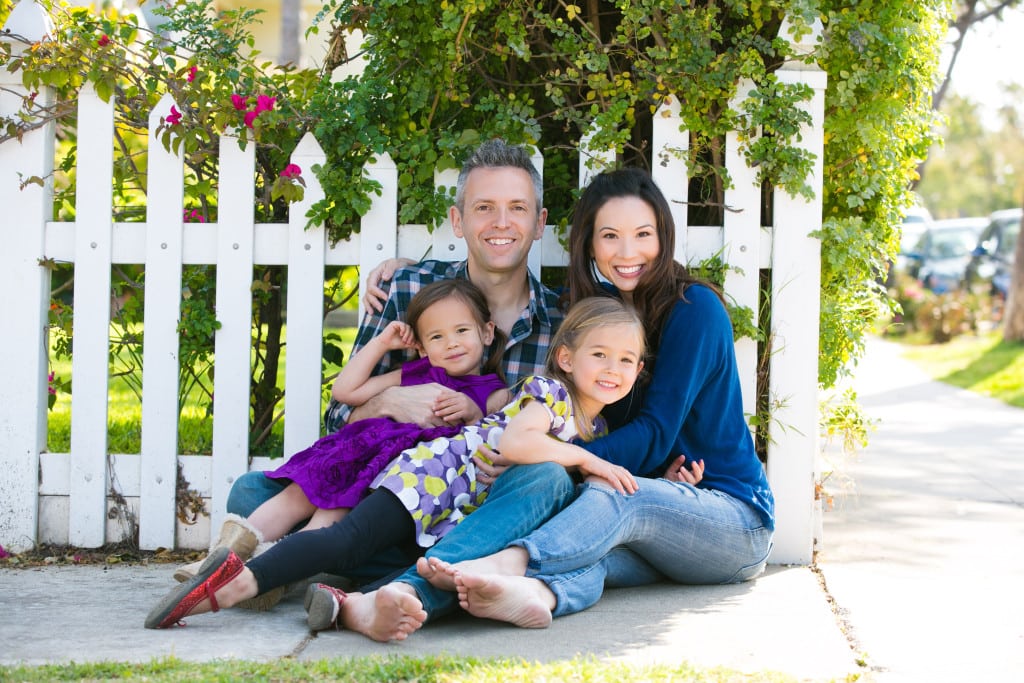 A new blog is created somewhere in the world every half second (if you believe what you read online). When I was pregnant with my first child, back before I knew enough to appreciate all that private time, I too, decided to start a blog. But after my son was born, regular showers and sit-down meals became fond memories and the only “me time” available was during naptime, during which I scratched away at my blog and desperately tried to fulfill the barest of domestic requirements. Unfortunately, naptime eventually slipped away – as did my mommy blog (mommyhasastory.com).

“First off all, you can’t call them ‘mommy blogs,’” says my friend (and actual blogger), Kim Tracy Prince, who blogs at kimtracyprince.com. Prince is one of the original “mom bloggers,” a distinction she says is slight but significant. I jumped at her offer to show me the websites of some of her favorite L.A. moms, because when I relied solely on Google searches, an avalanche of information threatened to suck away that quiet time I have finally learned to really appreciate.

One stand-out is Michelle Villemaire who puts together a site called Homemade Mimi (homemademimi.com). She says Mimi was her nickname growing up and “homemade” is a double entendre: Her home is what makes her who she is, and she likes making stuff at home.

This is a site filled with crafts you didn’t know you wanted to make and stories told in her sweetly acerbic style. Villemaire says she has always loved writing, making people laugh and making things with her hands. Her friends urged her to start a blog about the unique way she makes her home. “I thought it seemed silly and way too time consuming, until one day I realized it was exactly what I needed to be doing,” she says.

Villemaire bought a web template on Etsy.com and started filling it with writing and pictures. That was two and a half years ago, and she’s drawn a lot of attention since then. She now appears on the TLC show “What She Said,” where funny moms confide stories about their unorthodox mothering styles. She will also be featured in the July issue of All You magazine. She attributes her quick success to getting out there and meeting people.

“A lot of bloggers will advise you to sit in front of the computer and comment on other people’s blogs and hope they follow yours and comment back, but I felt like I needed to see and touch people, to have that connection with them,” Villemaire says. She went to DIY trade shows, blogging conventions, book launches and anywhere else she could meet others who were interested in the things she was pursuing. Although many mom bloggers monetize their blogs by writing sponsored posts, Villemaire says she only writes them about products she loves. Another reason behind her motivation to start a blog was her two daughters. “I wanted then to see Mommy pursuing a career, to set a good example,” she says. 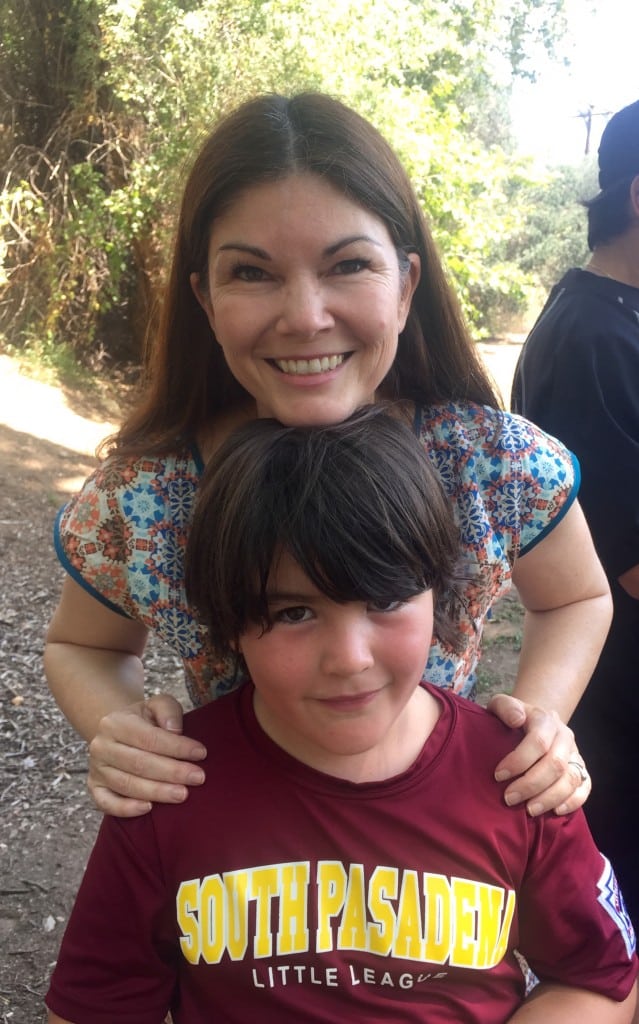 Villemaire’s tips for bloggers: “Stay true to yourself, because everyone has a distinct voice. I really am the only me. And don’t worry about monetizing your blog. The money will come.”

Another very fun blog is smacksy.com, written by Lisa Rae Rosenberg. Rosenberg’s posts are mostly snippets of conversations she has with her son, Bob. They are a roll-off-your-mind read, like a summer novel, yet you also feel the deep emotions each expresses.

Before motherhood, Rosenberg was a writer for television. As a mom, she missed writing. And about the time her son potty trained, leaving her an extra chunk of time, she decided to start a blog. She didn’t get fancy with her website because she claims she isn’t too computer savvy. She was driving her more technically literate husband bonkers with questions when she tried WordPress, so she abandoned that, chose a free template from Blogger and started writing.

Rosenberg writes every day and says that if she waits until afternoon to post, people start emailing her to make sure she’s OK. She found her readers the old-fashioned way. She commented on other people’s blogs and traded hyperlinks. She doesn’t do any advertising or giveaways. “I [blog] for my love of writing,” she says. “I’m not looking for a new job. I don’t want it to become a distraction.”

The thing that has surprised Rosenberg most about writing her blog is the relationships she’s created with other bloggers and readers. “They’re just as rewarding as the people in my life I’ve known for years,” she says. “It’s a good cure for the isolation of the Earth.” When people write to tell her how she has made them laugh or inspired them, she says it makes her feel like it’s worth all the hard work.

Rosenberg’s tips for bloggers: “Have a consistent schedule. Treat it like a part of your daily chores. That’s the best way to find your voice. And as your kids get older, be prepared to cover other topics like marriage and friendships.” 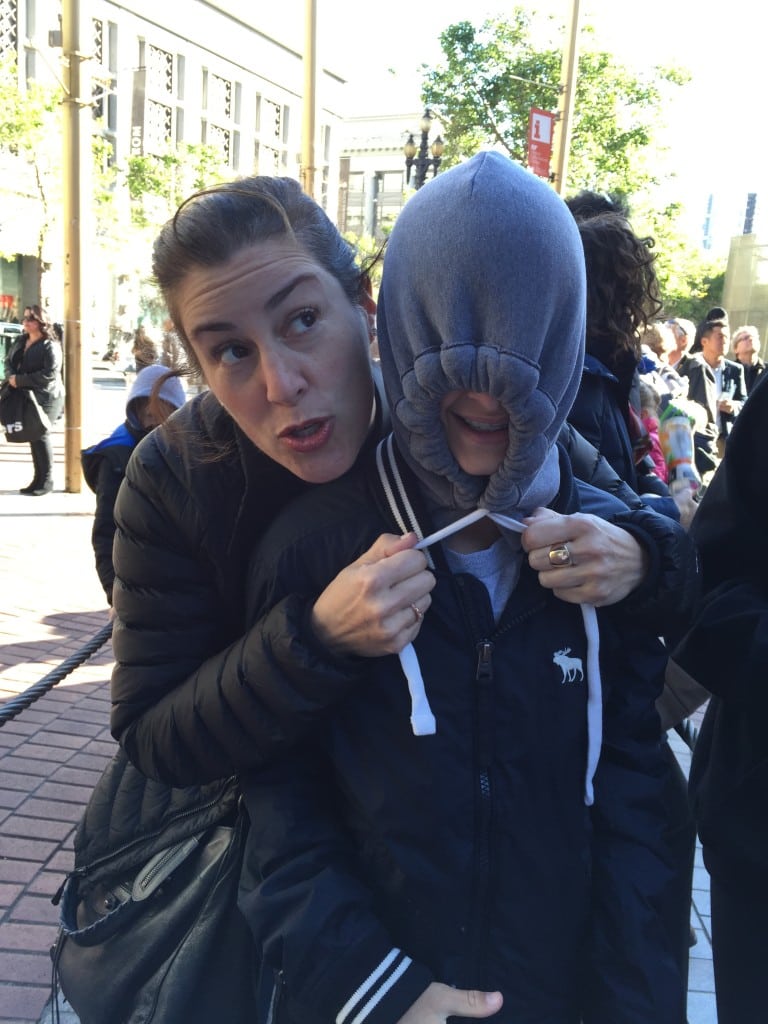 As I read through Sarah Maizes’ blog at sarahmaizes.com, I was awestruck by all she has accomplished while also raising three kids. She’s been featured on many television networks and writes for the Huffington Post. Her weekly “Funniest Facebook Parents” column on today.com made me actually LOL. She’s also written three books for children and three for adults. Her life makes me think about what a terrible time manager I must be.

Maizes started her website 10 years ago with the initial wave of mom bloggers. Facebook wasn’t yet popular enough to drive readers to her website and Mail Chimp was still an idea waiting to be formed, so she sent emails to her extensive network of friends and family and joined groups of fellow mom bloggers who read and commented on each other’s blogs.

Previously a publishing agent and stand-up comic, Maizes calls becoming a mom “really, really overwhelming” and says blogging gave her the space to do it and still let her stay at home. “It helped to find other moms who were also struggling with the job,” she says.

Maizes says she hasn’t monetized her website because her true passion is writing about humor, but that she might consider writing sponsored posts for products she loves. But really, she writes for the pleasure of it.

“Blogging is the best platform on the planet to find your voice,” Maizes says. “You start to see yourself as a human being instead of just a caretaker.”

Maizes’ tips for bloggers: “Write authentically. The market is so filled with sponsored posts, it’s hard to find stories that are relatable. Give yourself the opportunity to be brave and get your stories out there.”

Ping Pizzo has always identified as a foodie. “I love food,” she says. “My parents had a Chinese restaurant that was a fusion of Vietnamese and French cooking.” This eclectic food upbringing meant Pizzo was never afraid to alter recipes to make them her own. “People were always asking me for my recipes whenever I’d bring something somewhere,” she says. 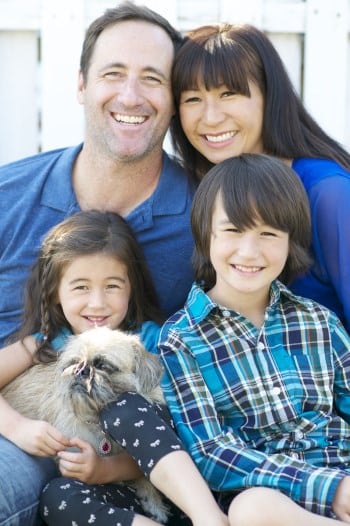 Ping Pizzo’s blog features the kind of wholesome, homemade recipes she makes for her family – husband Stephen, son Phoenix and daughter Isley – but also tasty cocktails from her time as a mixologist. PHOTO COURTESY PING PIZZO

Pizzo fell into blogging sort of backwards. She is an actress with an outgoing personality, who has also bartended in trendy Hollywood clubs. A producer friend cast her in a pilot for a cooking show called “Hot Dish” and suggested she start a blog to accompany it. She had considered the idea for years, but when another friend offered to create her website from WordPress, pingylicious.com was born.

Pizzo categorizes her recipes as either “Naughty” or “Nice.” “As mothers, we play many roles and I want my blog to reflect that,” she says. “We make healthy recipes for our kids, then go out with our friends to have cocktails or relax on Sundays with a pizza. I’m not a purist.”

At home, however, Pizzo says she makes all her food from scratch. “When you become a mother, you start caring about everything a million times more. You read labels and realize all the bad stuff in boxes,” she says.

Her recipes are also designed to help families eat wholesomely without breaking the bank. “You can use much of what you already have in your pantry instead of investing in costly ingredients,” she says. Pizzo is even offering to tailor select readers’ recipes to specific dietary restrictions or guidelines.

Pizzo’s tips for bloggers: “Find your passion and write about it. Put yourself out there and write from your heart.”

Besides their love of blogging, one thing Villemaire, Rosenberg, Maizes and Pizzo share is an appreciation of the freedom it gives them to be themselves. Their passion is infectious. It made me want to restart work on that blog I started and then mostly ignored.

Rina Baraz Nehdar is a frequent contributor to L.A. Parent Magazine, who writes in between raising her three boys in the suburbs of Los Angeles.