These tips will help you take your child from total supervision to safe driving on the digital highway. 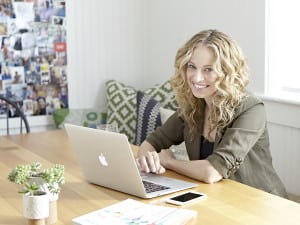 Not that long ago, a child’s road to independence was pretty straightforward. At first, you took them everywhere with you. Then, maybe, you let them walk down the street to a trusted neighbor’s house. Eventually, they made the trek to school with a friend. Little by little, they made their way from being attached to your hip to navigating the world on their own.

The path to independence on the Internet, however, is different. One friend of mine compared giving her 7-year-old an iPad to tossing her out of the car on the freeway! It meant instant exposure to all manner of websites and videos from all corners of the globe, and a world full of strangers who have access to her. Yikes.

If that idea gives you the shivers, you’re not alone. A study in the journal Policy & Internet found that 63 percent of parents with kids ages 10-14 were “extremely concerned” about their kids meeting online strangers. Exposure to online pornography came in a close second on parents’ list of worries, followed by exposure to online violence and cyber bullying.

Most of us agree that very young children need total supervision online. And eventually (sometime in their later teens, maybe), we’ll trust that we’ve taught them well enough to safely navigate the online universe on their own. But what happens in the middle? How and when do we make the transition from total supervision to total online independence? I don’t have all the answers, but as the mom of a 13-year-old boy and a 9 year-old girl, I’m in the thick of it. Here’s what our family has learned as we hurtle down the highway to digital independence.

When my kids were this age, they had access to one computer, and it was out in the open where I could easily keep an eye on the screen. They were permitted to play kid-friendly games online, but I went through the privacy settings of each game carefully to ensure they were set appropriately. If anyone could chat freely with my children, no deal. I felt good about safety precautions at home, but I knew that I wouldn’t be in control if they were at a friend’s place. So I started a dialogue with them about what is acceptable online behavior and what isn’t, so they could build those values as the years went on. We discussed:

Conversations about screen time started at this age, too. We began by allowing 15 minutes per day, and worked our way up to 30, mostly on the weekends. Getting them off the computer was never easy, but I always reminded them that a peaceful ending to their online session would show me they were responsible enough to be allowed online. We set a timer to go off when sessions were complete. Amazingly, they never whined to the timer — they complied with the timer better than they did with me!

Over time, my kids each got their own personal devices (in our family, iPod Touches). I knew I couldn’t supervise those smaller screens the same way I had the larger home computer, so when they were on the young side I turned off the web browser, the YouTube app and the App Store, so that only games I had installed could be played. The Internet was off limits on those small screens until they were a bit older. Our family computer was still the primary way they accessed the Internet, but I slowly eased my restrictions on where they could roam and what they could search. To continue to keep things safe, I added protection software (I recommend AVG Family Safety or Norton Family Premier) so that I could track sites the kids visited, terms they searched and videos they watched. The software filtered out adult content and allowed me to set browsing time limits for each child. At this age, we started to discuss:

Minecraft became a huge sensation in my house during these years, and it was a bit of a gray area. I could see how the open-ended building game was sharpening my son’s geometry skills, and that complex problem-solving and creative collaboration were at play, and yet a screen is a screen and time still needs to be limited, no matter how fun or educational it is. We had lots of talks about the addictive and all-consuming nature of computer games, and not letting it get in the way of homework, chores and family interaction. We had some tough moments, but eventually the message sunk in.

It has been reported that 80 percent of kids ages 12-17 have cellphones. That makes sense to me. Middle-schoolers are a bit more independent, and  most of us want to be able to check in if after-school activities are running late or they need an early pick-up. Security is the main reason most parents give kids their first phone. Though both my kids begged for their own phones before middle school, I saw no need to get them one until my son hit middle school. (My daughter, who is just about to turn 10, still doesn’t have one, much to her chagrin.)

I made it clear to my son that this was not “his” phone, but “our” phone that he could earn the right to use. This not-so-subtle distinction showed him that he needed to act responsibly if he wanted to continue to have a phone. It also let him know I had the right to check his browser and text-messaging history, and that he shouldn’t be searching for or texting anything he didn’t want me to see. 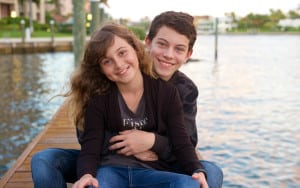 I let him begin downloading apps on his own, and I began giving him a monthly allowance to spend on music or games. When he was 11, I had all in-app purchases turned off, but by the time he turned 13 I had turned that back on – after numerous discussions about how games are designed to lure you in for free, then tempt you with in-app purchases. We agreed that he’d try to make good decisions about when in-app purchases and “virtual goods” were valuable and not frivolous, and we would continue to look at his monthly bill together.

I wanted to track smartphone use the way I had our home computer, but found my options were much more limited, especially for iPhones. A service called AppCertain sent me a text alert when my son downloaded an app, with notes on what the privacy and content issues were with each one. (This led to a good talk when he downloaded Snapchat at the urging of a classmate. We uninstalled it later that day.) I wasn’t able to track browser history from afar, however. I had to inspect his phone to see where he had been (and of course, at some point kids learn how to delete incriminating browser history).

Apple’s parental controls let you filter out explicit music, movies and TV shows, as well as “adult content” websites. On Android phones, you have more control, thanks to software such as Norton Family Premier. You can track all the websites your kids attempt to visit, see what they say in text messages, block downloading of certain apps and even choose who can send them texts.

My son opened an Instagram account — his first social-media foray — when he was 11-1/2 years old. He had a private account that only his friends (approved by me) could see. Most social-media websites and apps require kids be 13 to sign up, because the Children’s Online Privacy Protection Act (COPPA) restricts them from collecting data on children under 13. If your kids are opening social-media accounts at any age, it’s up to you to make sure that you are very comfortable with the privacy settings, and how you want to control access and visibility. My son and I discussed:

One day, I noticed that my son had put his phone number up on Instagram, encouraging a friend to give him a call. Rather than punish him or berate him, I simply called it to his attention. He was so mortified that he absent-mindedly had given out his personal information online, that he told me to delete his Instagram account “and never let me online again!” I reminded him that people make mistakes, and that the virtual audience for social-media posts is so abstract that it’s easy to forget who could find your information and abuse it. This Instagram account is the training wheels for his future online, so he needs to make mistakes while I’m watching, so we can fix them together. We deleted the comment with his phone number in it, and he learned a valuable lesson.

There are great social networks geared specifically to kids, including Kidzworld, where live staff monitors the chat room, and filtration software approves what does and doesn’t get posted. We never tried these, simply because by the time I was ready to let my son have a social media account, he wanted to be a part of the larger ones geared to adults.

The 14-year-olds I know are using multiple devices at school and home, and most of their time online is unsupervised. Hopefully by now, the values and lessons you’ve tried to instill are taking hold, but there are still ways you can weigh in on your younger teen’s online activity. I recommend:

The Internet offers our children a wealth of information and connections we couldn’t have even imagined when we were kids. Whether we like it or not, our kids are growing up digitally native. It’s not a question of if they should be online, but when and how well they master the pitfalls of the Internet. So rather than thinking of introducing your kids to the Internet as dropping them onto a freeway, think of it more like teaching them how to drive — slowly building the confidence, experience and skills they need to get behind the wheel and find their way.

Carley Knobloch is a personal tech expert, a regular Today Show contributor, the host and founder of the technology web show Digitwirl, and an L.A. mom of two.