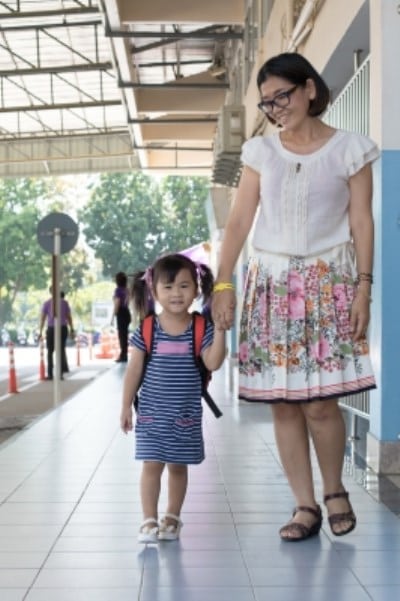 Practicing the back-to-school routine before the first day of class can help prepare your child. PHOTO BY KHUNASPIX/FREEDIGITALPHOTOS.NET

Stocking up on new notebooks and sharpened pencils is the easy part of going back to school. Oftentimes, a more difficult adjustment is navigating the emotional changes kids and parents experience in the early days and weeks of returning to the classroom. But the start of a new school year doesn’t have to be stressful for kids or for parents – just remember the six R’s:

Rest: Make sure your child gets a good night’s sleep. Children should go to bed at an earlier hour so that they feel rested enough when it’s time to wake up and get to school. Parents should start this routine several days before school begins and practice it even if they don’t need to get up early in the morning. That’s so that the family can get used to the back-to-school schedule.

Routine: Previewing the routine the child is going to be in once school starts is very important, because it helps the child know what to expect so they can start to get into a rhythm. This is good for the child and the parent.

Responsibility: Parents should start helping their children of all ages to take responsibility for some of the routine themselves. Parents can help by making a visual checklist or a visual schedule. If children are young and can’t read yet, parents can use pictures displayed on a white board to give the child something to reference so that they can start taking more responsibility for their morning routines and make things run more smoothly.

Reassure: If your child is feeling anxious, you don’t want to negate the anxiety that may happen in knowing that school is starting. Your child may be saying ‘I hate school ‘or ‘I don’t want to go to school.’ It’s an understandable reaction, as even grownups often feel upset when their vacation time is over. The parent should not try to correct the child by saying ‘No, you love school’ or ‘don’t say that!’ Reassure the child that things will be OK, that they are smart and capable and they will get used to the swing of things. Try to help them manage their anxiety. Have a dress rehearsal with your child. A few days before school starts, act as if school is really going to start. Have your child go to bed at night, get their clothes laid out, follow their normal school-year bedtime routine and get their backpack by the door. Wake them at the time they would need to get up in the morning on a normal school day, and drive to school as if it’s the first day of school. Then, instead of going to school, maybe go to breakfast or take your child to a park. This will give the child some reassurance of what to expect and make them more familiar and less anxious.

Resist: This is important when dealing with bullying. It’s a big issue for schools – so much so that most have a zero-tolerance policy with bullying. A lot of kids are afraid to talk about being bullied because they don’t want to be called a snitch. They are afraid the bullying will get worse if they tell someone, and as a result, they don’t feel empowered to share the information with someone if it’s happening. Parents need to educate their children on how they can resist bullying – being victimized, witnessing other people being victimized or being the bullies themselves. If the child is being victimized, it’s imperative the parent responds to it appropriately, but not to a degree that the child is afraid the parent will make a big scene at school, embarrass them and make it worse. If a parent becomes aware a child is bullying, it’s important they talk with their child about appropriate behavior. Find out why they are engaging in bullying. Often, bullying comes from a child having some sort of anxiety or perhaps being victimized in another way. Give the child appropriate channels to exert control that is social and appropriate, not negative. 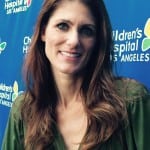 Role Modeling: Parents need to role model appropriate behavior for their children. Children will learn from parenting by example. They will internalize what they see parents doing. Parents shouldn’t be engaging in bullying behavior on the soccer field or talking negatively about other people behind closed doors. It’s especially important parents don’t badmouth the child’s teachers. It’s very common that parents will side with their child and start badmouthing the teacher. That kind of behavior undermines the teacher’s responsibility. It’s important to role model appropriate conflict resolution in a mature way, and not repeat the behaviors that their children are doing by, for example, storming into the child’s school, calling people names, cursing and making threats.