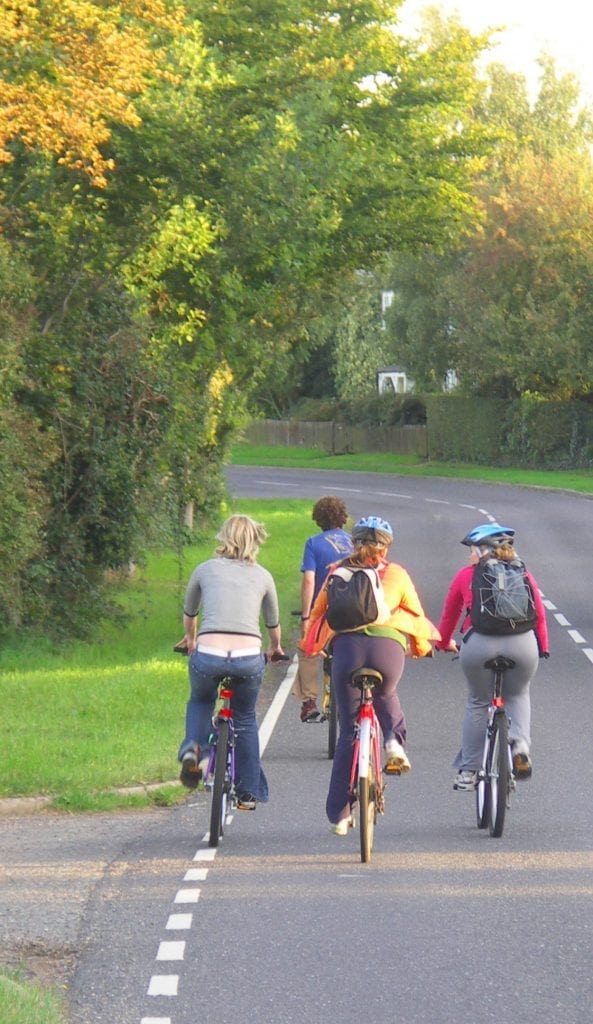 Bicycle helmets are a necessity, but they are just one part of bike safety. PHOTO BY BRENDAN GOGARTY/FREEIMAGES.COM

It typically happens like this: A child hops on his bike, hollers to his mom that he’s going for a ride and is gone before she can even respond. No one has checked to see if he is wearing a helmet. No one even knows exactly where he is.

The boy is hit by a car and knocked unconscious. Someone calls an ambulance and he is brought to our emergency department. Meanwhile, his parents begin to wonder where he is and start frantically calling everyone they know. Without a way to identify the child, while we treat his injuries we bring in our social worker and call the police.

My first question in these cases is, where were the rules? Children should not be allowed to ride their bikes without a helmet, or without telling their parents exactly where they are going.

But bicycle safety goes beyond the helmet. Kids also need to wear brightly colored clothing so they are visible to cars, and closed-toe shoes to protect their feet.
And parents should make sure their kids’ bikes are in good repair. We see many kids who get their fingers or toes stuck in the spoke or the chain. We see fingertip amputations or near amputations and many lacerations and broken bones.

Kids ages 12 and younger should be supervised when riding their bikes, which gives parents a chance to set a good example. Sadly, I see many children riding with parents who are not wearing helmets.

If your child is older, make sure you know where she or he will be riding, and make sure the area is safe. I also advocate for kids having some form of identification, which could be a bracelet or a sticker on a cell phone case with the child’s name and phone number.

Kids should also be taught to avoid:

Alan L. Nager, M.D., M.H.A., has been Director of Emergency and Transport Medicine at Children’s Hospital Los Angeles for the past 18 years, and is a professor of Pediatrics at the Keck School of Medicine of the University of Southern California.