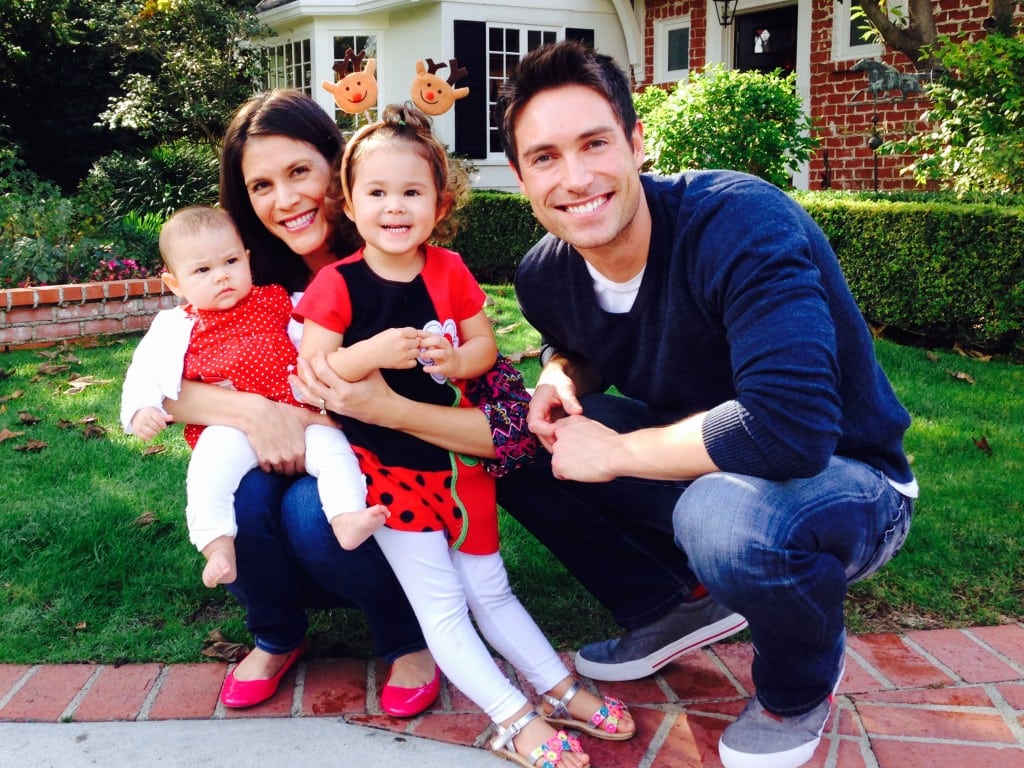 Like most parents with careers, Daniella Guzman and Whit Johnson fit two full-time jobs into each day, juggling their work responsibilities as co-anchors of NBC4’s “Today in LA” and the work of parenting their young kids. But their work days have an usual twist: They start at 1:30 a.m.

Because their news show airs live from 4:30-7:30 a.m. weekdays, the co-hosts’ morning alarms go off when most of us are in deep sleep.

“It’s very quiet in my house as I get ready and eat breakfast,” says Guzman, who has a 4-year-old daughter named Sofia with her husband, Hector Villegas, and is expecting their second daughter in October. “I’m at the studio by 2:30 a.m. for hair and make-up and to go over the stories of the day.”

After they wrap up their newscast, Guzman and Johnson typically stay in the studio until 11 a.m. to provide cut-ins for the “Today” show. Then, their second shift begins as they head home to their families.

Later in the morning while their 3-year-old daughter, Leah, is in school, Johnson and his wife, Andrea Fujii, a reporter and anchor for CBS2/KCAL9, typically spend time with their 1-year-old daughter, Summer. “My wife works the night shift, so she heads to the studio in the afternoon and that’s when we do the hand-off. I put the baby down for a nap, get things done around the house and pick up Leah from school,” says Johnson, who’s often spotted in the neighborhood in the afternoons with Summer in the BabyBjorn and Leah riding her bike.

Because of his unusual work hours, Johnson says he adheres to a strict schedule, including a set 7:30 p.m. bedtime. But there are always exceptions, like the night Summer stood up by herself just as Johnson was saying goodnight. “You just can’t leave when that happens,” he says. “I was videotaping and texting the videos to my wife, who was already at work.”

Both anchors credit their spouses for being terrific hands-on parents and tag-team partners. 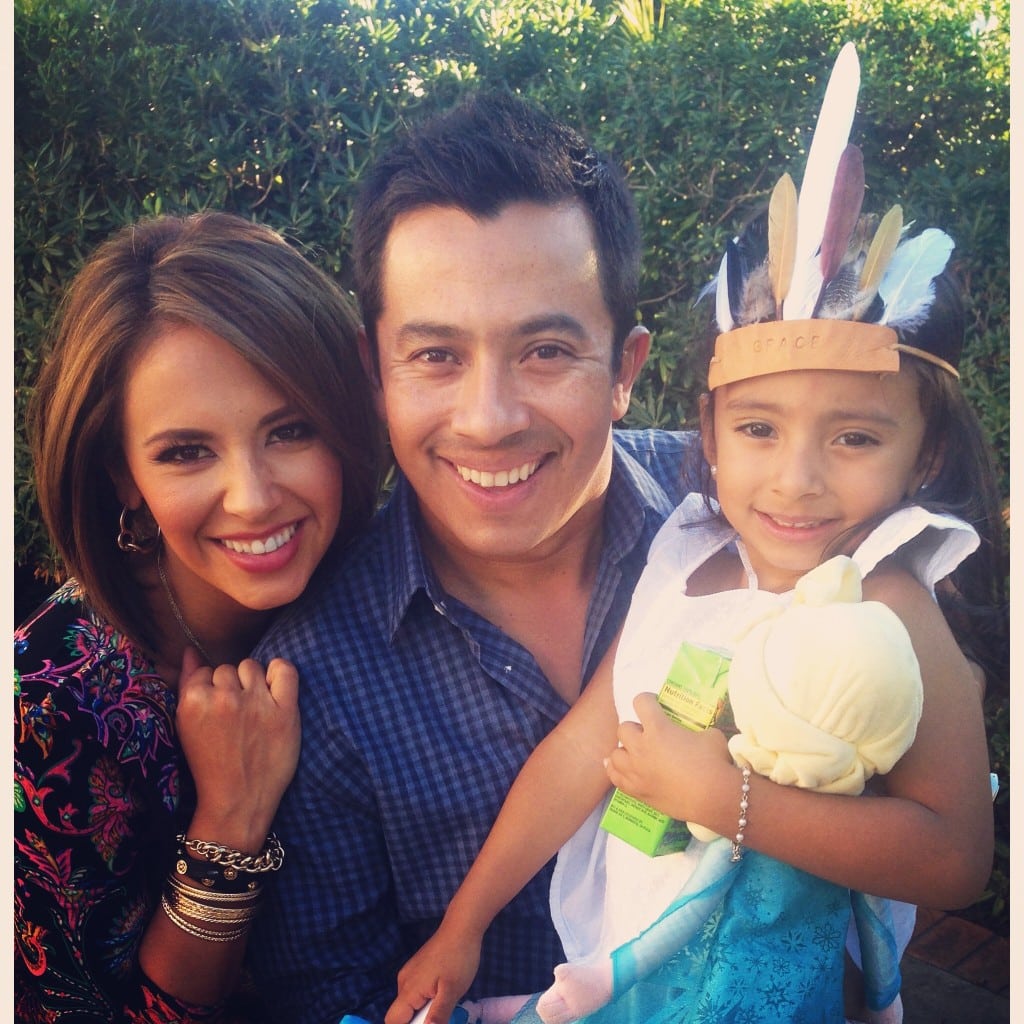 Guzman’s husband, Hector, who owns a Plastic Processing and Recycling Company, is up in the morning with Sofia, making breakfast and taking her to school. Guzman handles after-school pick-up, volunteers in the classroom and takes Sofia to after-school dance, gymnastics and soccer.

“I’m exhausted by the late afternoon, but I love that I have this time with Sofia,” says Guzman.

Family time is sacred for Guzman and Johnson. Afternoons are usually filled with dress-up parties and dancing to the Frozen movie soundtrack, cuddling, reading favorite books and playing outside. Early dinners at around 5:30 p.m. are another special ritual. “To have dinner as a family is really important to us,” says Guzman. “It’s our time to connect.”

The hardest part of the day comes when the anchors have to say goodnight to their kids before their kids’ bedtime.

“I can hear my daughter and husband talking and playing, and it’s so hard not to go out there and be with them,” says Guzman, who turns in at 6:30 p.m. “I tried to be the supermom and stay up late, but I realized that was affecting my health.

“I have a lot of mommy guilt,” she continues. “I feel guilty that I’m not there in the morning having breakfast with Sofia, and that I go to bed before she does. But I’m learning that we have to do what works for us.”

As for many moms, letting go of the idea of being “perfect” is an ongoing struggle for Guzman. “There are times in the afternoon that I would die for a nap, but I just can’t do it. I can’t rest my mind. That balance, that fight inside my head, goes on every day.”

The opportunity to have more time with family and build community connections was a major motivating factor for Guzman and Johnson when they signed on with “Today in LA” in 2014.

Johnson came to Los Angeles and NBC4 from Washington, D.C., where he was a network correspondent and fill-in anchor for CBS News. His television career has included local, national and international news assignments, taking him all over the world including to the White House, Russia and the Middle East. 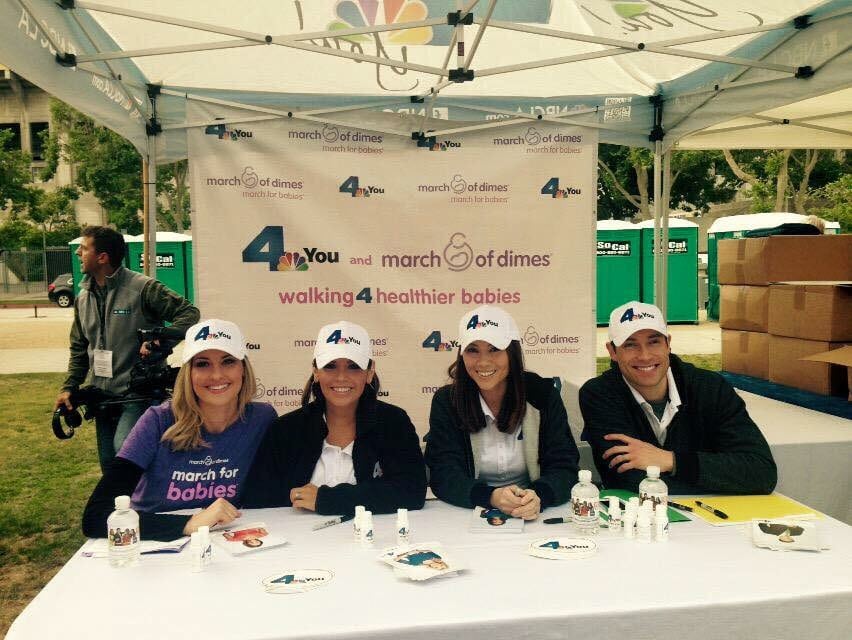 “I lived in four states in 10 years and moved 12 times before coming here,” says Johnson, who grew up in the San Francisco Bay area. “I was on the road 200 days out of the year. When we started a family, I knew I didn’t want to live that nomadic life anymore. I wanted a home base for my career and for my family.”

Guzman, who grew up in Sugar Land, Texas, and speaks fluent Spanish, has also covered many prominent news stories, including hurricanes Ike, Dolly and Gustav. She was one of the first reporters on the scene during the 2009 Fort Hood shooting rampage. She came to Los Angeles from NBC5 in Chicago.

NBC4 and Los Angeles have proved a perfect fit for Johnson and Guzman. The network’s focus on community is aligned with the anchors’ personal mission to build roots in Los Angeles and give back. The two have been out and about meeting viewers, raising awareness for various causes and even serving coffee at local shops throughout the community. They will serve as hosts at L.A. Parent’s 35th Birthday Bash Aug. 2 at The Original Farmers Market, where the community will bring gifts for children staying at Los Angeles Ronald McDonald House.

“I grew up volunteering,” says Guzman. “My parents insisted on it. Now, I take my daughter with me to different walks and events. It’s important for her to see us doing things in the community, not just talking about it.”

Both journalists relish meeting viewers in person and having the opportunity to just chat. “It’s such a privilege for us,” says Johnson. “It gives you the energy to get up at 1:30 a.m. ready to go.”

While building roots here as both journalists and parents, Johnson and Guzman are also loving the L.A. life. “We love the beach,” says Johnson. “We go as often as we can, just to hang out and relax by the coast.”

If Guzman and family are not playing at the beach, they are taking weekend excursion to various neighborhoods around town. “We love exploring L.A – Chinatown, Olvera Street, La Cañada, East L.A., Arcadia – there is amazing food everywhere. It’s really all about the food,” she says with a laugh.