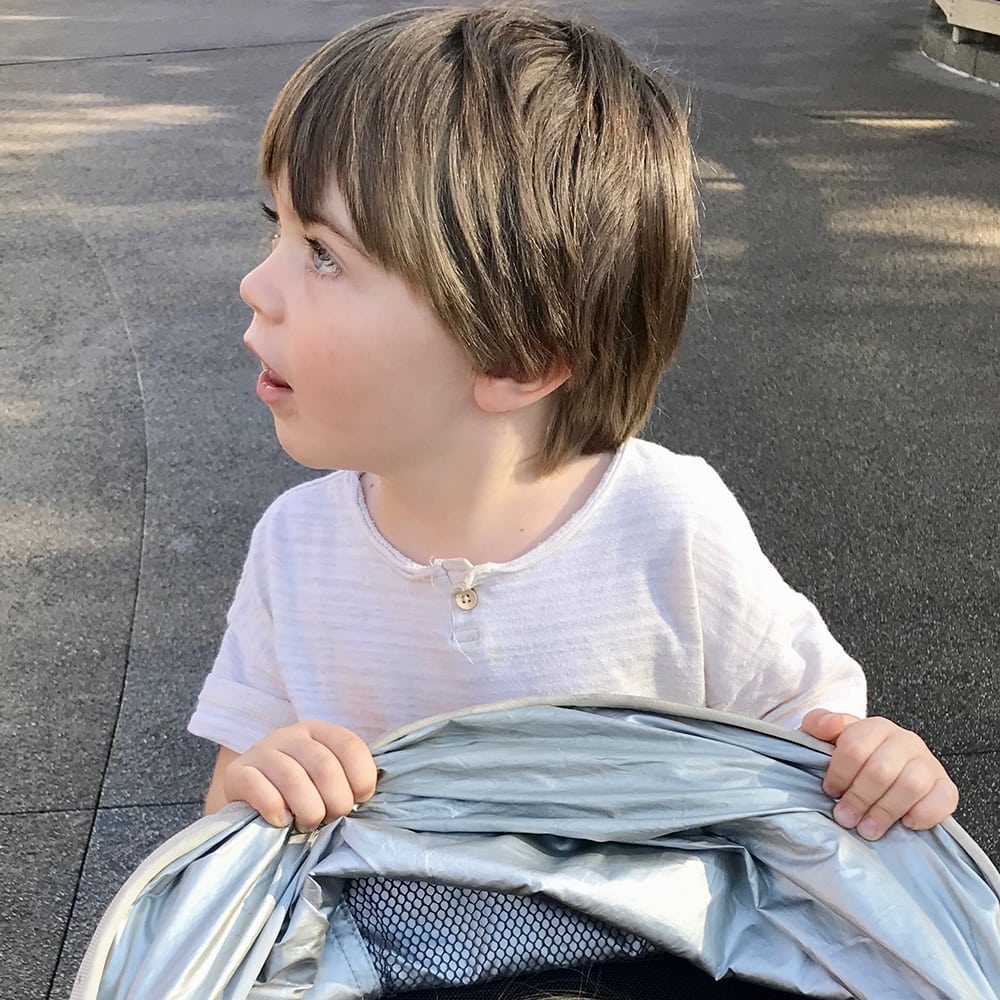 On a lazy, unseasonably chilly Sunday morning in L.A. this May, my 3-year-old son exclaimed, “Let’s go to the farmers market!” It was 7 a.m. My wife Kate and I, still half-comatose, were hardly through our first sips of coffee. We looked at each other as Hank continued his demands. Defeated, we shrugged, downed the rest of our coffee, packed up the family and headed out.

In L.A., we’re lucky to have a plethora of farmers markets in virtually every neighborhood, nook and three-block cranny. And Sundays dominate the farmers market schedule, with 60-plus farmers markets populating the region. The produce stands and food carts generate such big business that vendors travel hours from Ventura County and the Imperial and San Joaquin valleys to get to the organic-craving mega-market that is L.A.

We’ve been to many of these outdoor community showcases. And, yes, I did mean to call them “showcases,” since each one has its own scene, generating palpable competition among warring ’hoods. How “good” your neighborhood farmers market’s reputation is surely can affect your area’s home prices.

The Sunday Big Boys – think Hollywood, Beverly Hills and Main Street in Santa Monica – are muscular mainstays, but fellow people-in-the-know prefer markets that are “smaller” or “quaint,” such as those in Larchmont or on Melrose Avenue in West Hollywood. Kate and I favor low-key, relaxing (as relaxing as it gets with Hank sticking his hands in every green cardboard container of raspberries), second-tier markets. What they lack in volume, they tend to make up for in bakeries and celebrity sightings. These include the markets in Pacific Palisades, Brentwood and West L.A.

Our favorite low-key market for several years has been the one in Mar Vista, which is also held on Sundays and is newly embellished with kiddie attractions and tasty food carts. You always know a farmers market is feeling itself when it incorporates a petting zoo, live music and exotic adult beverages. As the area became more and more developed and new, hip gentry peppered the restaurant- and coffee-house scene, the Mar Vista market has ballooned, now approaching the first-tier category.

But on that early Sunday of Hank’s market craving, we bypassed Mar Vista’s market, which is a stone’s throw away from our home, in favor of Pacific Palisades, a showcase for fresh parents as much as fresh produce. On any given day at that market, you’ll find more strollers than a kids-go-free day at Legoland. Young moms and dads flaunt their exquisitely groomed hipster babies. The non-conformist lot let their kiddos roam freely through the stands. The too-cool-for-school crowd lean on their strollers in the middle of the aisles, sipping dorados while they hand their 4-year-old $20 to “Go get what you want.”

The farmers market trip is the ultimate urban family outing, delightful in its simplicity. And if you don’t go to church or watch the NFL (which pretty much sums up the average millennial L.A. parent), then the farmers market is your chance to commune with urbane civility on a Sunday morning. There’s never much time for my family to sit down and chat, though. At the Palisades market, Hank led us to each organic produce table, pointing and taste-testing. This accidental toddler-epicurean likes to school his parents on the lack of sweetness in this year’s blueberries and peaches.

We grabbed all that looked and smelled good, then headed back home. As dinner time approached, Hank, with just as much energy as he had that morning, asked, “So what are we making for dinner with this stuff?”

There is no rest for the weary in this house.