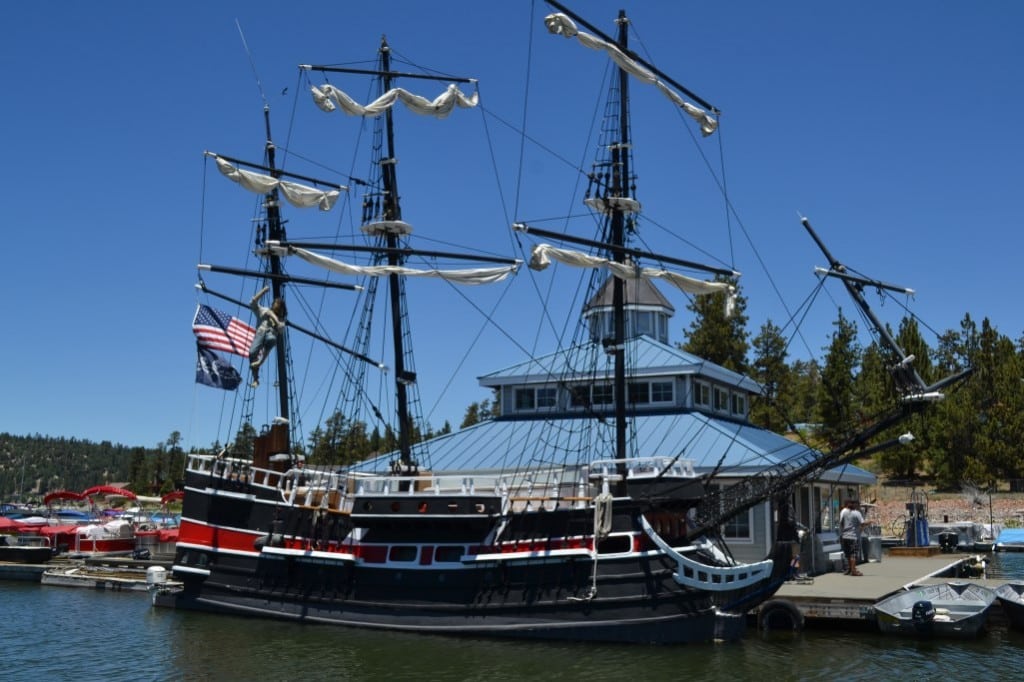 All hands – and feet – can be on deck as August brings a high tide of sailing events.

Sailing into the Port of Los Angeles Aug. 20-24 will be the spectacular Tall Ships Festival (www.tallshipsfestivalla.com). This is one of just three West Coast stops for these historic vessels. Visitors can step aboard more than 10 mighty boats – including the twin brigantines Irving Johnson and Exy Johnson, official vessels of the Los Angeles Maritime Institute – and even set sail on one or two.

The festival features sword fighting, cannon demonstrations, a privateer camp and the world’s largest rubber duck. Guests can also enjoy live performances, food and beverages, while youngsters can learn about knot tying, sail training and other nautical activities. Admission is $15-$150.

If you’re more of a fresh-water pirate, chart a course for Big Bear Lake. The Big Bear Pirate Ship, also known as the Time Bandit, is back in action after suffering severe damage during a storm earlier this year. This ship, a 1/3-scale replica of a 16th Century Spanish galleon, was built in 1969 by a father and son in Los Angeles. The boat got its name after being used in the Terry Gilliam film Time Bandits. Since 2000, its permanent home has been Holloway’s Marina in Big Bear Lake (398 Edgemoor Rd.; www.bigbearboating.com). This year marks Holloway’s centennial, so the Marina is marking the occasion with special events, including pirate-themed tours of the Time Bandit through Sept. 30. $19 adults, $12 ages 12 and younger.

For an open-water adventure, check out Ventura-based Island Packers (1691 Spinnaker Dr.; www.islandpackers.com), which offers whale-watching cruises through mid-September, a visit to Cueva Valdez (a cove owned by the Nature Conservancy on the west side of Santa Cruz Island) Oct. 26, and an outing for bird lovers to Santa Barbara, Anacapa and Santa Cruz islands Aug. 21.