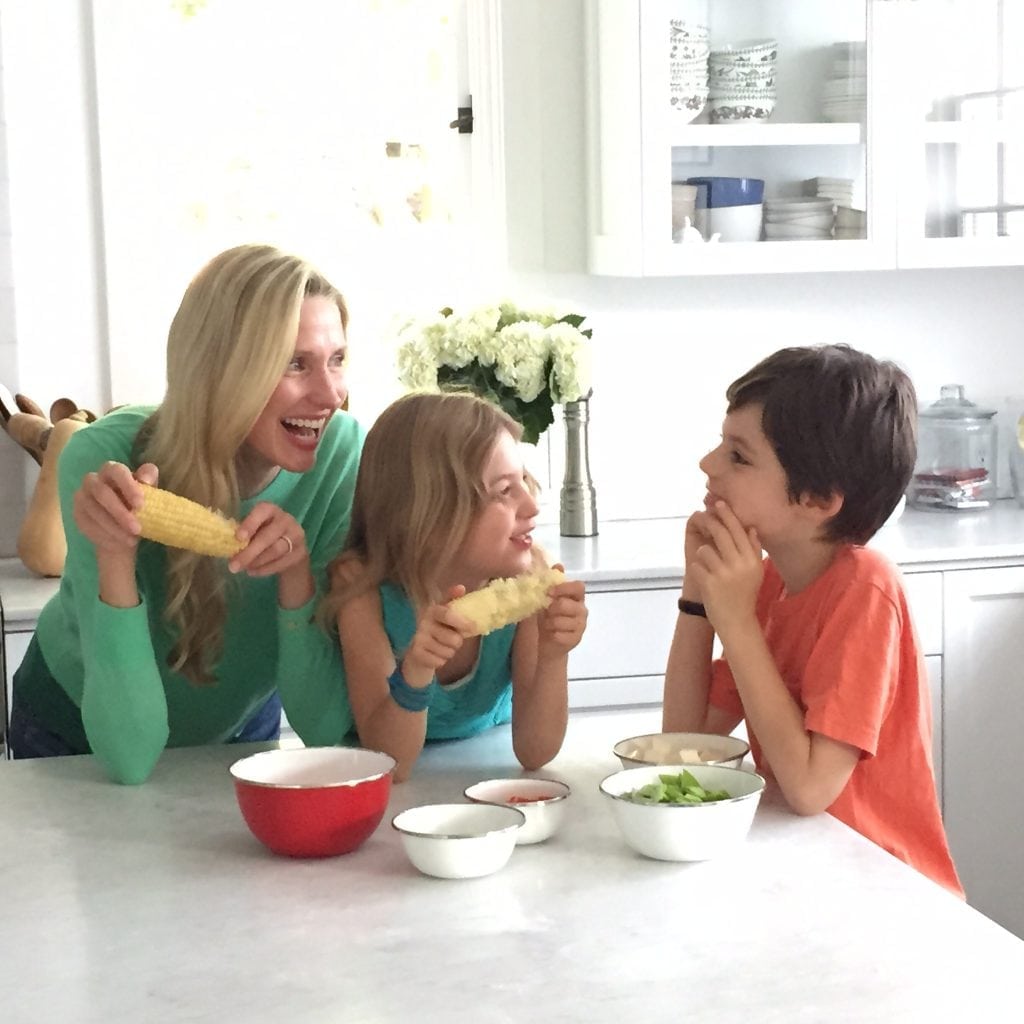 Catherine McCord says spending time in the kitchen has turned her kids into better eaters. PHOTOS COURTESY ONE POTATO

Catherine McCord really wants you to cook – and eat – with your kids. The L.A.-based family food blogger, chef and cookbook author behind Weelicious has even created a meal-kit service to help make that happen.

Launched two years ago in California and expanded this past year into seven other states, One Potato (onepotato.com) offers an especially family-friendly twist. “We want you to cook just a little bit,” says McCord. “We want moms to be with their kids and just have more time.” That means the ingredients are semi- prepared so there’s less to do. If you were making this pasta recipe from the One Potato kit, you’d just need to toast the bread, cook the pasta and simmer the sauce and vegetables. The recipes come together in about 30 minutes or less. The service also includes kid-size portions and pricing options.

One Potato ingredients are chosen carefully, and yours should be, too. For instance, pick asparagus with tips that are tightly closed, like an unopened flower bud, so you know it’s fresh and tender. Let your kids help prep it by bending the stalks near the ends. The stalks will break at the perfect point, and you can discard the tough end pieces.

The kits include other tips for getting kids involved in the cooking. “They like being part of it,” says McCord, a mom of three. “Just give them a job.” They can sprinkle salt into the pasta water, pluck peas out of the pods and spread goat cheese on the bruschetta. “I’ve seen my kids become much better eaters just from those little moments,” says McCord.

L.A. Parent readers can receive a 25-percent discount on their first One Potato box with the code LAPARENT25.

Spring Vegetable Pasta Recipe with Asparagus and Bruschetta from One Potato 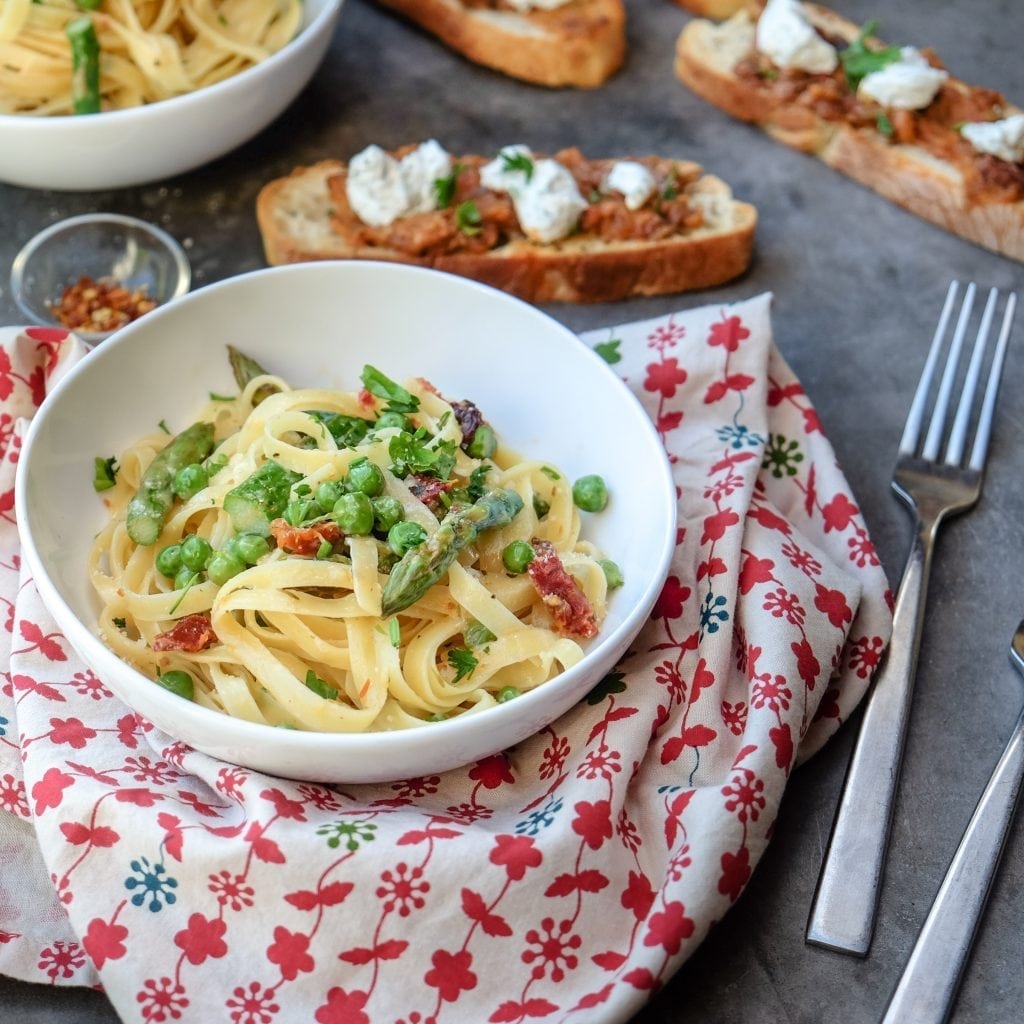 Preheat the oven to 375 degrees.

Fill a large pot with water, place over high heat and bring to a boil. While the water is heating, cut the asparagus into 2- to 3-inch pieces.

Season the boiling water lightly with salt and add the pasta. Cook the pasta until it is al dente (about 8-10 minutes). Drain it in a colander, return it to the pot and toss with a little olive oil to prevent it from sticking together.

Slice the focaccia into ¼-inch-thick pieces and lay them on a baking sheet. Drizzle the focaccia lightly with olive oil, sprinkle with salt and place in the oven. Bake 8-10 minutes or until golden brown. When the focaccia is ready, remove it from oven, spread it with a heaping tablespoon of the goat cheese and top with ¼ cup sun-dried tomatoes.

Add the asparagus, peas, fresh herbs and additional sun-dried tomatoes to the wine and cream sauce and simmer for two minutes. Pour the sauce over the pasta, toss to coat and sprinkle with Parmesan. Serve with the focaccia.