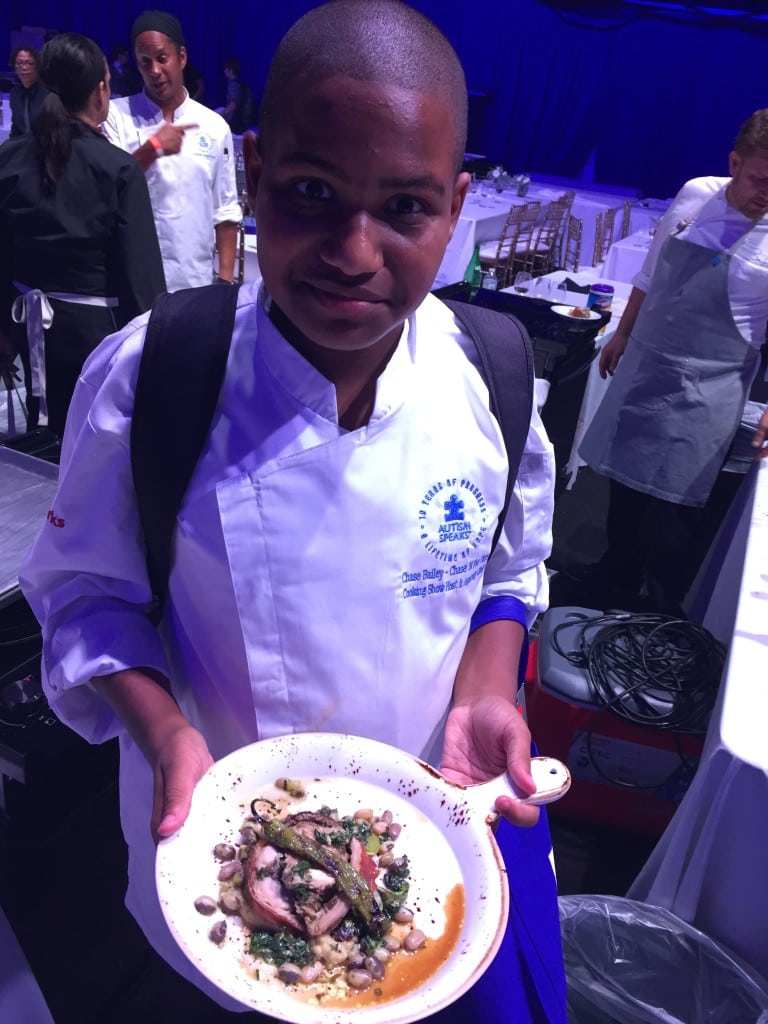 By the time Chase Bailey was 10, he was hooked on cooking shows. He discussed best methods for caramelizing onions with his mom and filled the family DVR with recipes for pizzas baked in brick ovens and tortillas filled with mahi mahi and mango-radish salsa. At 11, he started his own cooking blog, followed by his YouTube channel, “Chase ‘N Yur Face.”

And in October, the Irvine 13-year-old, who is on the autism spectrum, cooked alongside award-winning chefs including Art Smith of Table Fifty-Two, Ben Ford of Ford’s Filling Station and Nancy Silverton of Osteria Mozza. Chase was one of the celebrity sous chefs at the Autism Speaks Celebrity Chef Gala Oct. 8 at the Santa Monica Barker Hangar. The event honored Autism Speaks co-founders Suzanne and Bob Wright and was hosted by Conan O’Brien.

“It was really exciting and fun to be there,” says Chase, who assisted Nick Shipp, executive chef of Upper West in L.A.

The gala was also memorable for Chase’s mom, Mary Bailey, who produces his cooking show. “It was a very emotional night for me,” she says. “I was watching Chase and he was so in his element, chatting with the chefs and handing out his business cards.”

Mary says her journey with Chase has been humbling and transformative. “I come from a large family with 13 brothers and sisters,” she says. “I thought being a mom would be a walk in the park for me, but I have learned to give up all my preconceived notions and re-educate myself.”

She credits her support network of family, friends and fellow parents she met through Chase’s therapy groups for giving her constant strength and encouragement, and her dad for reminding her to trust her maternal instincts. “He always said, ‘You have the inside information,’ and assured me that I’m a good mom,” she says.

When Chase’s interest in cooking and his requests to have his own cooking show peaked, Mary took action. She filmed the first episode of “Chase ‘N Yur Face” with her own small camera in a friend’s large kitchen. Chase’s cousin edited the episode and taught Mary how to upload it to YouTube and post about it on social media. Word of mouth grew quickly. The shows, which have more than 15,000 subscribers, are now professionally produced and feature Chase interviewing guest chefs, who teach him how to make various dishes. Mary relishes the life lessons Chase gains from shopping the produce aisles, chopping, peeling, measuring, frying and grilling. 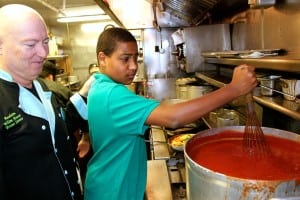 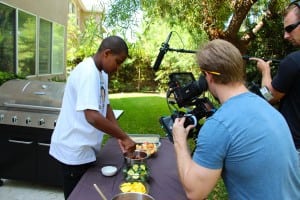 Chase films a video for his online cooking show 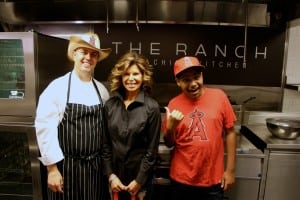 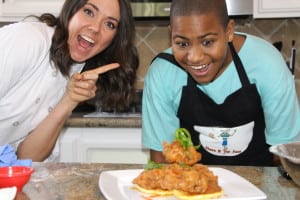 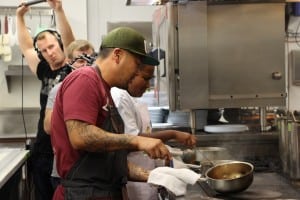 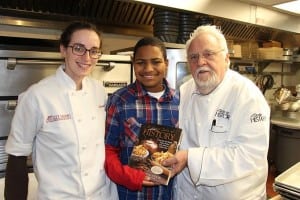 Like many kids with special needs, Chase had many food aversions as a young child and was willing to eat only the same five foods. But since starting his show and meeting so many innovative chefs, Chase has expanded his palate and now savors a variety of dishes, from Korean barbeque to smoked ham and scallop amuse bouche. And he relishes creating dishes his family enjoys. “I made a great chicken enchilada for my mom and her friends,” Chase says proudly. His aunt’s favorite burger is still his first creation – the Mexi Burger. Chase’s current prized recipe is Apricot Amazeballs, which can be served as an appetizer or a dessert with just a slight twist of ingredients. To get the recipe for this delicious creation and many others, visit www.chasenyurface.com.