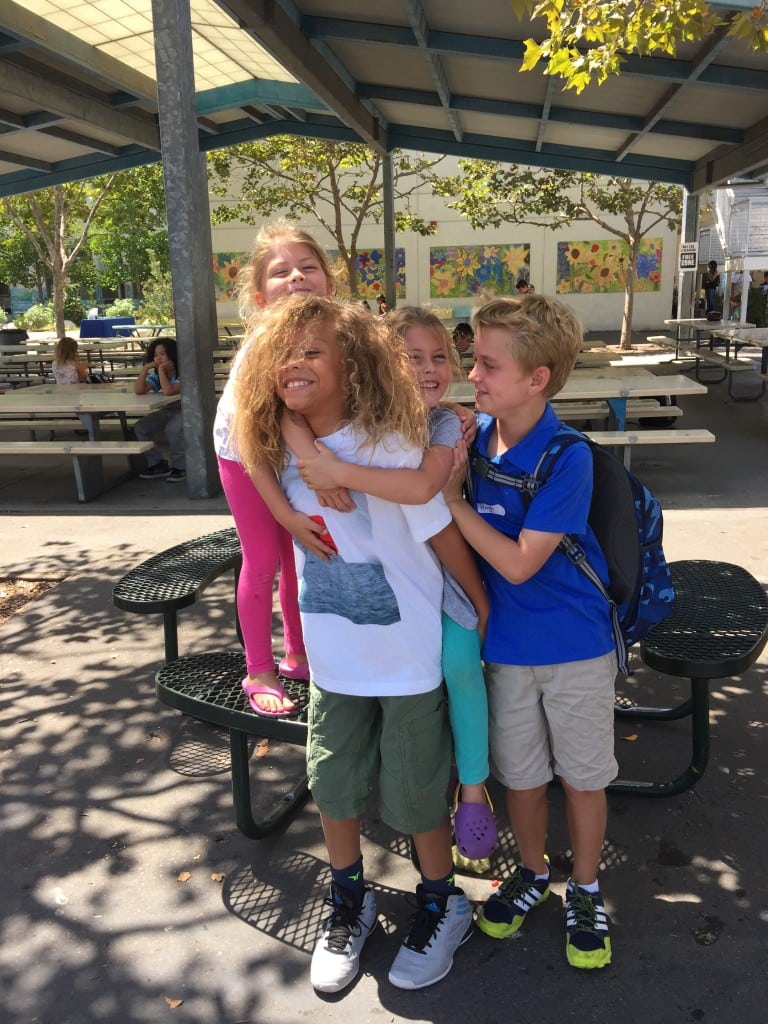 If you are the parent of a student with special needs, you likely spend a lot of time at your child’s school discussing IEPs, accommodations and other issues affecting his or her education. Some encounters go smoothly. Others don’t, and this might have you avoiding the school except at drop-off and pick-up time.

But there’s a school of thought (no pun intended) that contends that getting involved in your child’s school outside of special-education-related tasks can be a positive experience, giving you the chance to meet parents, students and staff while getting to know the school from another perspective.

These tips are designed to help you make a difference in your life and your child’s by becoming part of the school community.

“The first thing I would say is that, rather than being upset with the school and taking a step back, you actually have to do the opposite,” says Kristin Brunner of Los Angeles. Brunner has three children – a son and twin daughters. Hugh, the oldest and a third grader at Hancock Park Elementary School, is on the autism spectrum. “You have to get in there,” she says. “You have to get to know those kids, get to know the people in charge, talk to everybody as much as possible. I always volunteer in the classroom at least once a week, and our school is very open to having volunteers.”

Heather Shanley, who teaches special education for grades three to five at Don Benito Fundamental School in Pasadena, says many parents don’t think this way. “The overwhelming fact is that parents don’t necessarily know that you can have a positive relationship with their child’s school, and that’s a frustrating thing to them because so many parents are used to being called for the negative stuff only,” she says. Once, when Shanley called a mom to let her know her daughter wasn’t feeling well, the mom, seeing the school’s number on her caller I.D., answered: “What did she do now?”

Part of this, Shanley concedes, is the fault of school staff. “We don’t necessarily call parents to tell them, ‘I wanted to tell you that your child did really, really well today.’ We’re only calling them if there’s an issue, and so at times we’re ostracizing the parents,” she says. “We’re not making them feel like we’re there to support them or support their child.”

How, then, do you begin a positive relationship with your child’s school?

When Kim Lesak moved to South Pasadena from northern California in 2004, she approached the PTA president at her son Forrest’s elementary school. Forrest, now a senior at South Pasadena High School, has autism. “I called her up and said, ‘I just moved here. How can I help?’” Lesak explains.

Soon after, Lesak decided to start a support group for parents of special-needs kids, and the PTA helped her get the word out. The group took off. “Now, it almost runs even without me making it run,” Lesak says. “We’ve always provided child care, and these children like coming every month. They look forward to coming and are even more cognizant of the fact that the third Thursday is coming up than their parents are! These kids have grown up together, which is really a by-product of this program.”

Parents of children with special needs often feel invisible, but Lesak’s work in South Pasadena proves that attitudes can change. “There’s a dialogue that goes on and there’s an acceptance for this community that exists, so [parents] can feel they’re more involved, or at least not excluded,” she says. “That is huge, because people who have children with disabilities tend to hermitize themselves.” Families begin to avoid participating in things like going to the movies, the theater, or even church. “Things can be so difficult for them that they just choose not to do them,” Lesak says. “A family can become very isolated.”

Tip 4: Bring In the Whole Family

Building a positive relationship with your child’s school community will be easier if both parents – and even grandparents, coaches and childcare providers – lend a hand. “Traditionally we see that the mother may be bringing cupcakes to the class, or is the one that shows up for field trips,” Shanley says, adding that both parents should be involved if at all possible. “It’s a great asset to the child, but it’s also a great asset to the school,” she says. “Also, involvement doesn’t necessarily have to come from Mom or Dad alone. Parents are not just the people that were responsible for your birth.”

Tip 5: Do What Feels Good 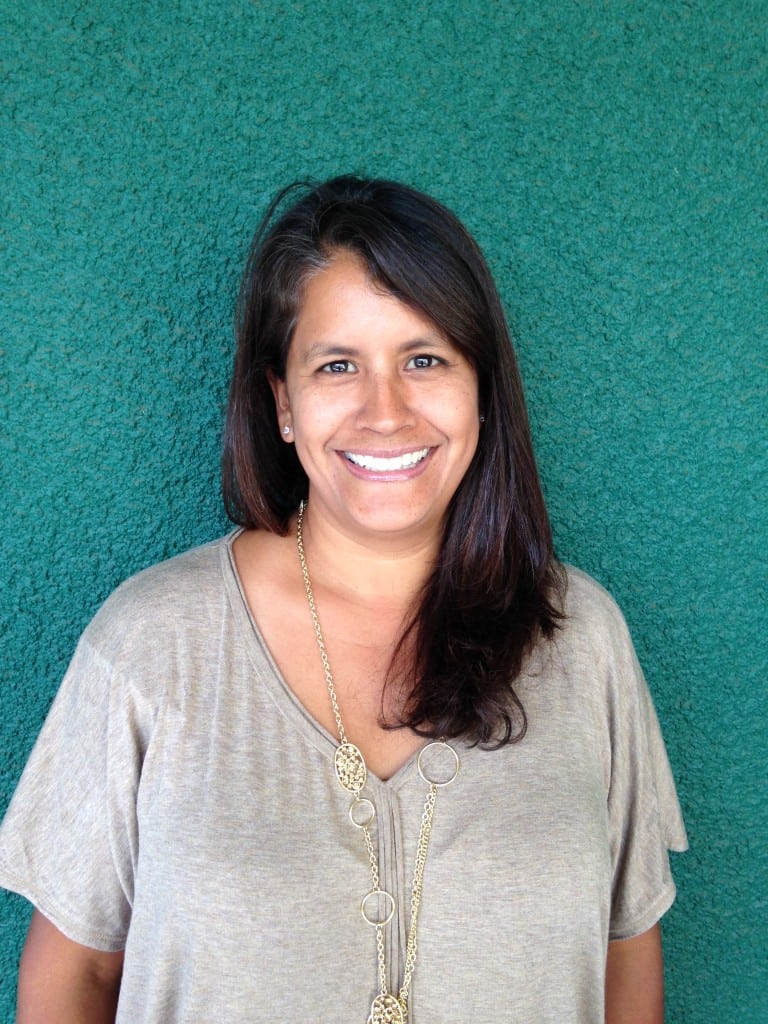 Maxime Faggioli, whose son has cerebral palsy, says volunteering in your child’s class can be fun and rewarding for you as well. PHOTO BY TONY FAGGIOLI

If you’re not feeling good about the school, you won’t be able to help your child. It’s just like the instructions a flight attendant gives for using your emergency oxygen mask on an airplane: The adult should always take care of his needs first, before helping the child. “How else can you safely assist?” asks Shanley. Volunteer only for things that will make you feel good about yourself. Think about what you’re able to do from a time standpoint and your personal comfort level. Ask yourself, “What can I do at my child’s school that I’ll enjoy?”

Pasadena attorney Lisa Brault, whose son, Jake, has ADHD and processing issues and is an eighth grader at Marshall Fundamental Secondary School in Pasadena, advises parents of both special-needs and typical students to make themselves important to the school.

Often, there’s something you do that no one else can. Have you got a contact who can donate products for a fundraising auction? Do you know an author who can speak at a school assembly and run workshops? In addition to working in the classroom and library, Brault uses her legal skills to coach the mock-trial team.

Knowing the teachers and having an open line of communication is key. “Sometimes, teachers just need tissues, anti-bacterial wipes and supplies. The cost of purchasing these items adds up for teachers, so not waiting until they ask helps make their lives easier,” Brault says.

With cutbacks, tight budgets and full classrooms, many teachers are looking for parents to help out during small-group sessions in math, language arts or other subjects. 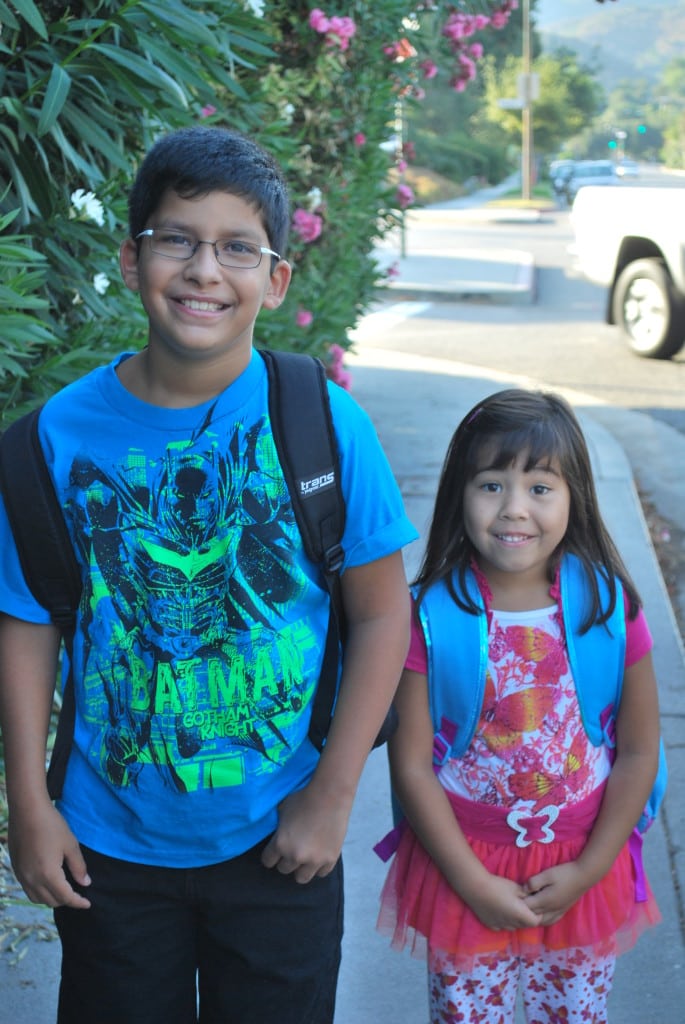 Last year, when Brunner helped with Hugh’s Monday morning math class, the benefits were twofold. She helped her son’s teacher and she got to see the classroom dynamic, how kids interacted with Hugh and who would be open to playdates. “For me, it’s better if I’m working at a classroom level and get to know the teacher well, to make sure she fully understands who my kid is,” Brunner says. “I keep as open a channel of communication as possible.”

Another approach is to be a room parent, which might entail organizing teacher gifts, class holiday parties and the occasional phone tree. Find a willing partner, and your time commitment can be greatly reduced.

Some schools have even done away with art class or school librarians. “Being an art docent for your child’s class can benefit students and be a fun and rewarding experience for parents as well,” says Maxime Faggioli, whose son, Anthony, is a ninth grader at Crescenta Valley High School in Glendale and has cerebral palsy.

Tip 8: Take It Off Campus

If your time’s limited, ask about volunteer opportunities that don’t require your presence at school. If nothing appeals to you or fits your schedule, suggest another way to offer assistance. Brault says there are a variety of ways to get involved. “Sometimes, help can be stuffing envelopes for mailings or making phone calls, or other things that you can do at home,” she says. Love to write? School newsletters and websites often need contributors. “Think outside the box,” advises Shanley, or in the oven. Brault’s famous salted caramel brownies are in high demand year ’round!

Heather Shanley, who teaches special education for grades three to five at Don Benito Fundamental School in Pasadena, says many parents don’t realize they can have a positive relationship with their child’s school. PHOTO BY EDITH PIMENTEL

Even if your child doesn’t participate in sports, you can help boost school spirit by helping the booster club or assisting a coach whose team’s activities might need parent participation. “Whether you pitch in to collect money for a team T-shirt or organize a bake sale to raise funds, your assistance will likely not be declined. The same applies to school clubs, band or orchestra. Parental support is always needed and most appreciated,” says Brault.

“If your schedule permits, it’s helpful to go on as many field trips as possible,” says Faggioli, who admits there was a dual purpose to chaperoning trips when Anthony was younger. “It appeared as if I was just there to help the teacher, but it allowed me to secretly watch out for him, make sure he was safe,” she says . “It also was a nice way to get to know the other kids and see who you’d want your kid hanging out with.” Carpooling also helped Faggioli connect with other parents and form lasting friendships.

Reaching out and branching out are key. “I think it helps people to see that I’m not only interested in specials-needs cases, but I’m interested in helping everybody in my community,” Lesak says. “So the whole idea that it takes a village is really true.”

Ronna Mandel is a book reviewer, freelance writer and the mother of two.