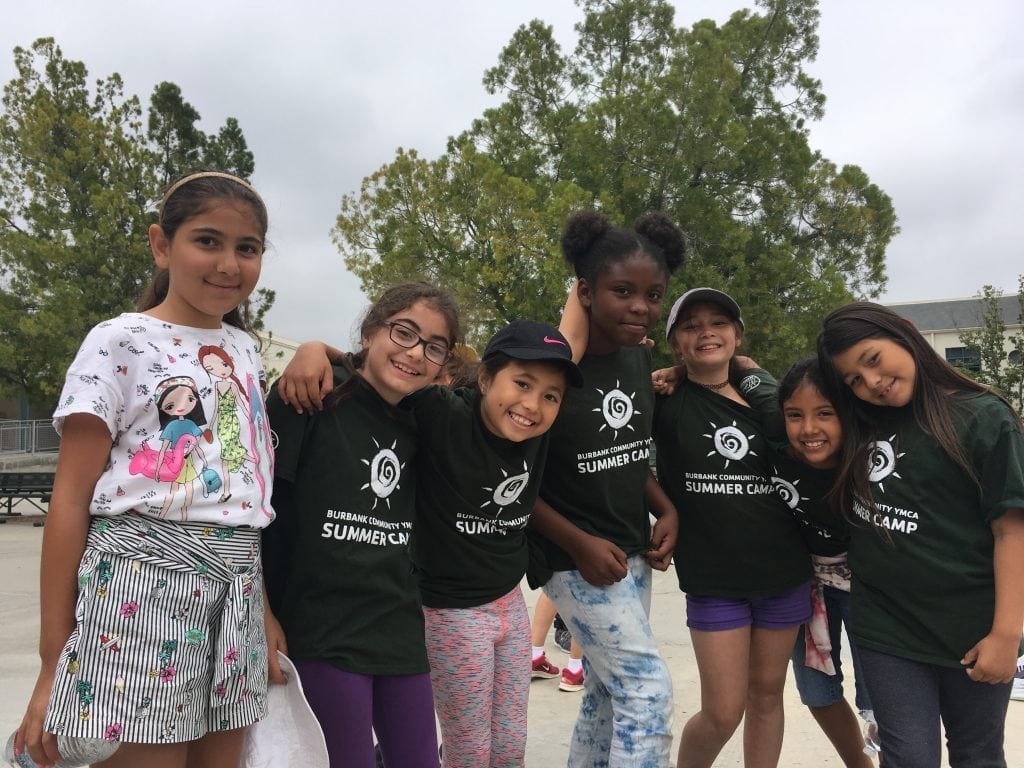 Burbank YMCA’s Learn Grow Thrive Summer Learning Loss Prevention Program is more than just a way to catch up academically. Campers are excited to be there. PHOTO COURTESY BURBANK YMCA

There are so many good things to say about summer camp. While at this point, we hope your kids are out there making great summer memories, we thought we’d check in with a few local camps about their favorite memories.

Coming Out of Their Shells

“I think one of the most wonderful things I see during summer camp is how much certain campers seem to ‘grow’ over the summer,” says Morgan Pladys, coordinator of Ecole du Soleil summer camp in Los Feliz. The camp is on the campus of Lycee International de Los Angeles school, and about half of the campers are visiting the school for the first time. “It takes a few days for them to open up to others and feel comfortable, but once they do, it’s like seeing a whole new child,” says Pladys. “They begin to make friends and enjoy camp so much more.”

Campers also blossom when they connect with others who share the same interests. “We have had so many campers join us fitting the mold of the computer whiz kid – shy, uncertain in social situations and only comfortable in certain specific settings,” says Evan Boorman, CEO of CodeREV Kids, which offers coding camps at four L.A.-area locations. When these kids meet others who share their interest in technology, however, connections quickly form. “It is truly amazing to hear these kids share aspects of their worlds with one another, building a friendship before your eyes as if they have been friends for years because they share a language, an understanding that they know is different from most kids and all adults,” Boorman says. 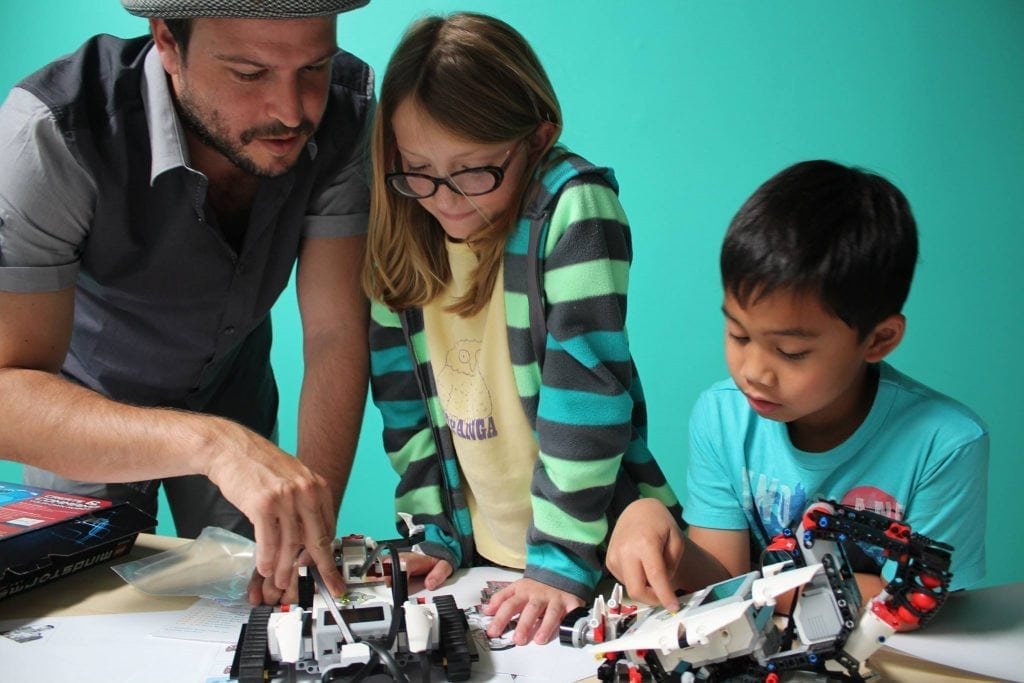 Campers at CodeREV Kids often bond because they have similar interests, and share a common language and understanding. PHOTO COURTESY CODEREV

Camps focused on the performing arts offer a completely different way to conquer shyness. Katy Chase, owner of Studio LOL in Studio City, recalls a camper who was afraid her improv performance wouldn’t be funny, or that she wouldn’t know what to say on stage. Chase and her husband, who run the kids’ comedy studio, reassured the girl that it would be impossible to mess up. “When it came time for the show, she was doing an improv game where she ended up having to make up an opera-style song based on the word fish and it was hilarious!” Chase says. “She totally brought the house down and was the highlight of the show.” She had also mastered the art of walking through her fear.

Sometimes kids need a bit more help. Santa Monica Playhouse has been offering summer theater workshops for kids for years, and Co-artistic Director Evelyn Rudie recalls an 8-year-old whose mom signed him up for the program many years ago. On the first day, the boy wouldn’t even come into the theater. One of the senior teachers came out to talk to him, and then several students came out and held out their hands to coax him in. “By the second day, he was having the time of his life,” Rudie says. “He is now one of our associate directors, coordinating school field trips that share the magic of live theater with students across Southern California (and sometimes across the country and internationally as well). I’m awed by the effect that theater had on his life. But also I always think back to those other students – the ones who made the effort on that first day to hold out their hands to a stranger and make a new friend.” 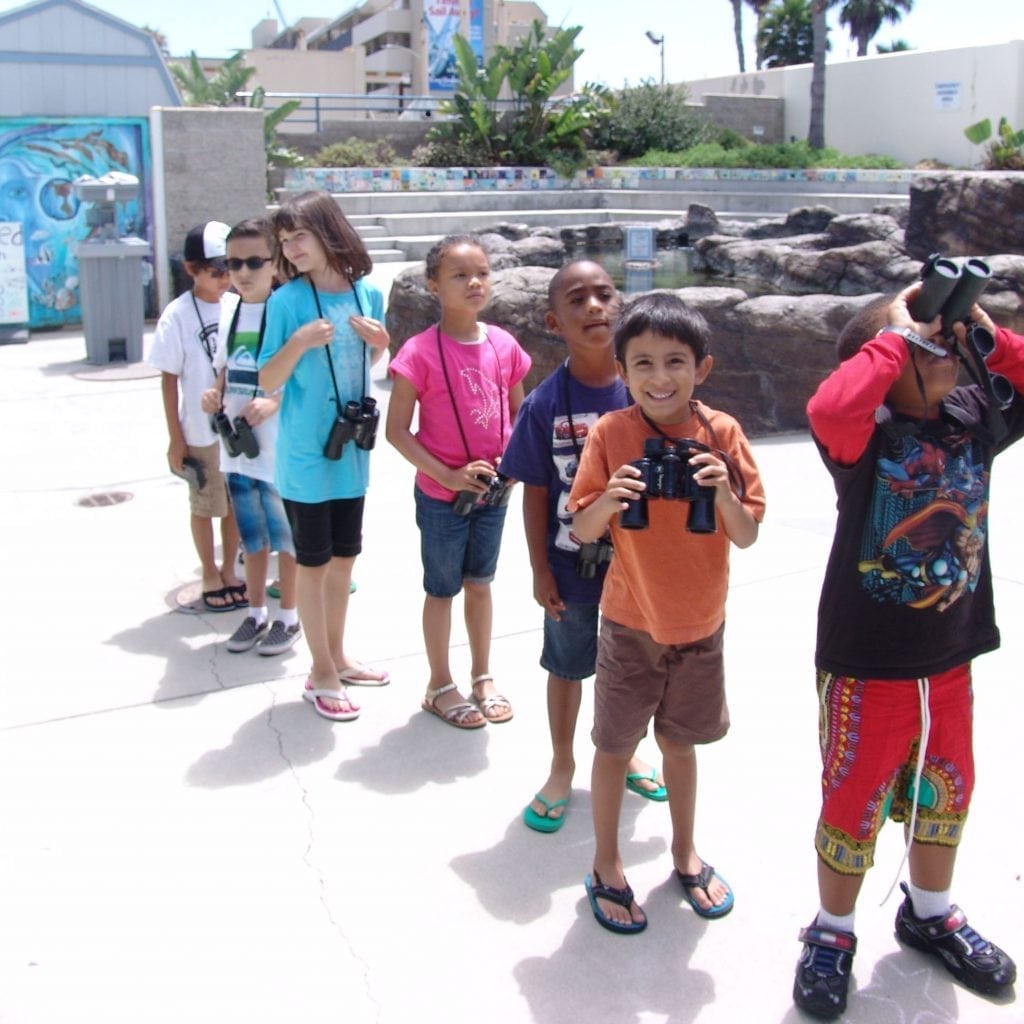 Kids in the El Camino College summer program have plenty of adventures together, but also channel their creativity into art and other interests. PHOTO COURTESY EL CAMINO COLLEGE

Some camps are designed to help kids accomplish certain goals. One of those is the Burbank YMCA’s Learn Grow Thrive Summer Learning Loss Prevention Program. Romie Ruiz, director of mission advancement at the Burbank Y, shared some feedback from parents of program participants. Some said that their kids had managed to catch up in reading or other academic areas. Some found a new calling.

“Daniel did not want to go [to the program] because he thought it was going to be like summer school and he didn’t want to do homework,” said one parent. “But after the first day, he was so excited to go back. Every week, there was a different theme and he loved the Olympics theme. He tried out for one week of track and field, and he wants to be an Olympian now.”

Another educationally focused camp takes place at El Camino College, and Director of Community Education Betty Sedor likes to hang out at pick-up time at the end of each day to chat with kid and parents. One day, she asked a camper named Ashley what she had worked on in the cartooning and drawing class, and Ashley showed her. “It was a beautiful piece representing her feelings about stopping bullying,” says Sedor. “I told her I thought that her piece was so smart and full of creative imagination that it should be made into a poster and posted at schools.” Sedor borrowed the artwork, had the poster created and had it posted throughout the Kid’s College classrooms and lounge. “I still have it posted just outside my office,” she says.

Sometimes, campers achievements get an even wider audience. Chef Eric Jacques Crowley, founder of Chef Eric’s Culinary Classroom in West L.A., says one of his fondest camper memories is of Dara Yu. “Also known as ‘Dara the Bow Girl,’ she is a student of mine who went on to compete on ‘Master Chef Junior’ and won second place!” he says. “She is still cooking, baking and making her culinary mark on society. She has many followers on social media and is an up-and-coming chef who is going places.” 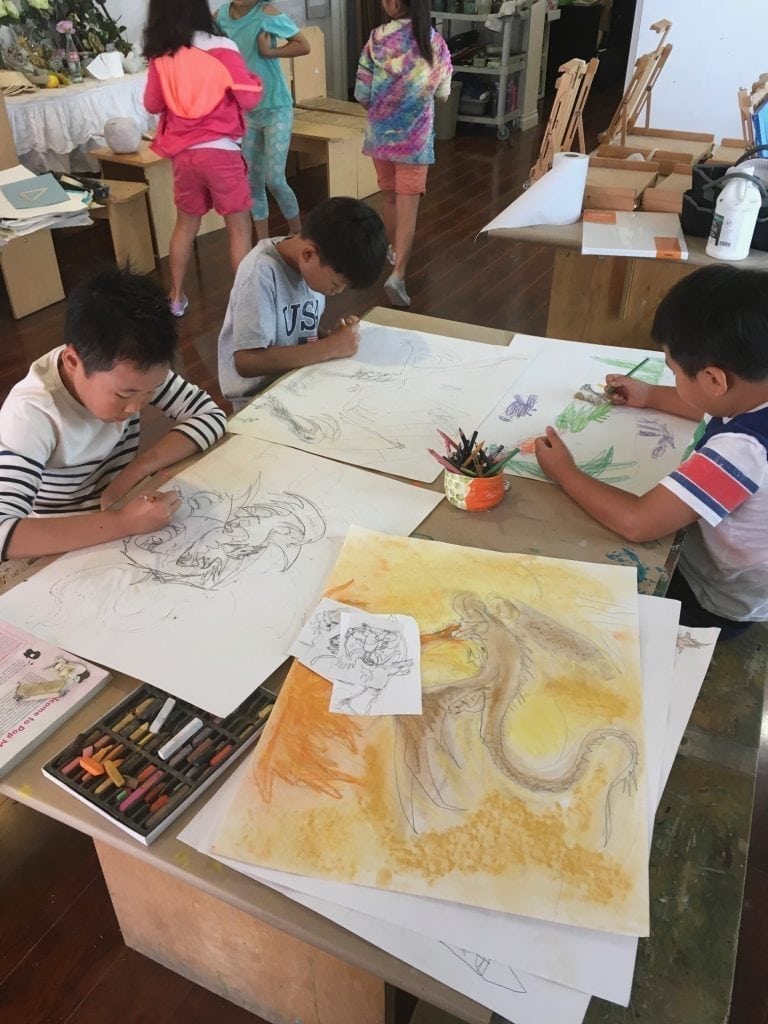 Nathan, at right, a student at L.A. Art Center, developed his dragon-drawing skills and then used them to help fellow campers. PHOTO COURTESY L.A. ART CENTER

But campers don’t just learn from their teachers. Sometimes, they share their skills with each other. L.A. Art Center in Koreatown offers summer camp and a variety of other programs for toddlers to adults. Academic Director David Gann says one student named Nathan has been coming to the center for art lessons since he began kindergarten, and loves to draw dragons. “Now, as a fourth grader, he has enough confidence about drawing dragons that he was able to help Daniel, a second grader and McCoy, a kindergartner, improve their ability to draw dragons,” Gann says. “The boys enjoyed a fun afternoon of drawing dragons and making buttons together during L.A. Art Center’s summer day camp.”

Camp staff often get into the act to help campers create memories. “For one of our Sizzling Summer Saturdays,” recalls Sedor, “a staff member brought her dog to be stationed outside at the drop-off/pick-up location. We created a special cape for him out of an El Camino College Kid’s College staff T-shirt and spontaneously made him the El Camino College Kid’s College mascot. The kids went crazy for him. It was fun to have an extra-special furry ambassador greet them that morning.”

At Page Academy’s Newport Mesa campus, the school, which also has two L.A. locations, hosted a Summer of STEAM camp last year with a new theme each week. “We ended our magical summer camp with a Harry Potter-themed sleepover for our campers in first through eighth grades,” says campus Director Kristin Dickson. “Our art and music teacher, Ms. Brook, mystified our campers with tickets to Platform 9¾, making their own wands and glow-in-the-dark broomsticks. She spellbound the campers by teaching them the levitation charm, Wingardium Leviosa, in our science lab. Finally, she created a truly magical experience by turning our library into the Hogwarts dining hall, complete with floating candles, flying keys and, of course, butterbeer.”

The fun and friendship can even extend beyond camp, like in the case of a 7-year-old camper at CodeREV Kids who invited an instructor, Anson, to his birthday party. “Anson actually showed up to his party in a full Jedi costume,” says Boorman. “The boy was so excited when he came back.  He felt as though a Jedi himself had shown up to his party.”

At Summer Kids Theater Yoga Camp at Yoga House in Pasadena, even the families get into the act. “Every year, parents donate their homes so we can have a last practice [before the final performance],” says instructor Christina Conte. “Parent volunteers always create these amazing costumes, including curtains that we hang in the Yoga House studio across two pillars. The kids make fantastic sets with yoga props.”

Conte says the camp creates “friendships, a celebration of differences, trust and opportunities for conflict resolution.” (And she says spots are still open in her upcoming July 10-28 session!)

Wherever your child is attending camp this summer, take time to chat each day about the things she or he is achieving and your child’s fellow campers, counselors and staff. You’ll likely find that your child will have plenty worth remembering by summer’s end.