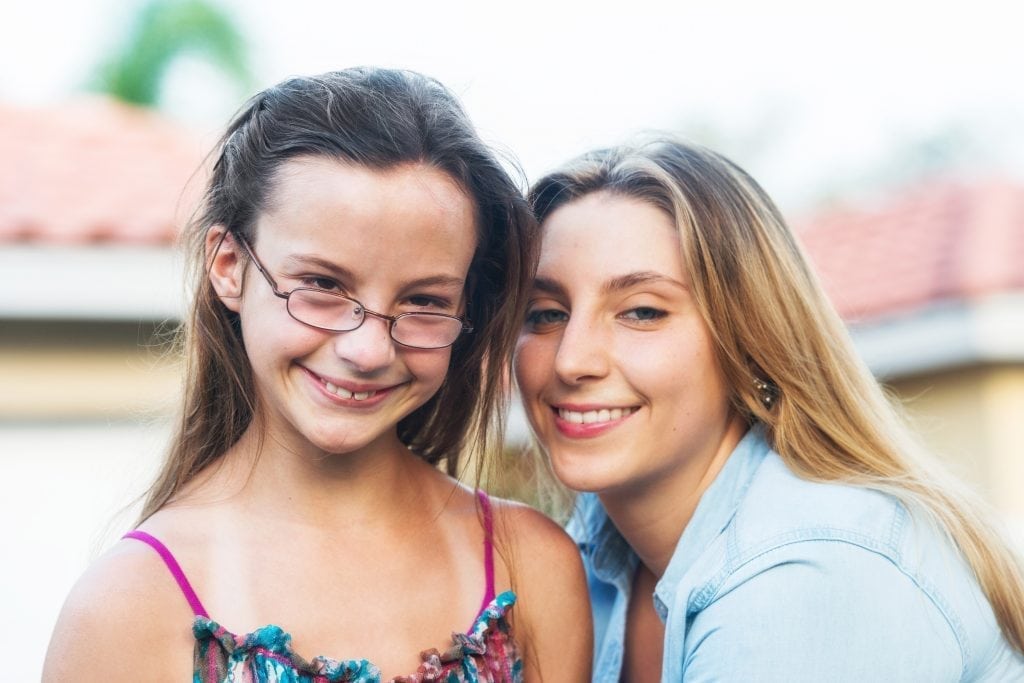 The neonatologist, clutching photocopied pages of a medical textbook, rattled these symptoms off to Lisa and TJ Graziano, describing their 13-day-old son’s future.

It’s the type of story Jan Blacher, researcher and director of the SEARCH Family Autism Resource Center at UC Irvine, has heard from hundreds of parents whose children have disabilities. “The professional who told them gave them the facts in a dry, clinical and kind of depressing way and never helped them to say, ‘We can deal with it,’” she says.

But during her decades of up-close research and work with families, Blacher has learned that this bleak start and the challenges that follow don’t necessarily lead to despair. In her first National Institutes of Health-funded study, which began in the 1980s, Blacher and her colleagues noticed that some parents reported a much more positive impact of their child on their family than others did.

“We would go into a home where the child was extremely low functioning, a 20-year-old who functioned like a 1-year-old or a 9-month-old, and both parents were so full of love for the child and viewed their lives as so amazing,” she says. “We left saying, ‘We could be really depressed about this family except they wouldn’t let us.’ To everybody else it would seem like a huge, terrible thing, but not to them.”

Eager to figure out more and help families who were feeling “very oppressed and depressed about having a significantly impaired child,” Blacher continued her work.

In the late 1990s, she began a new study, following hundreds more families for 18 years. And just this year, she and co-author Bruce L. Baker, distinguished research professor in the psychology department at UCLA, published findings pointing to optimism as a source of resilience for parents.

In their research, reported online in the Journal of Autism and Developmental Disorders, Blacher and Baker found that among mothers of 13-year-olds with autism and intellectual disability, those with a more optimistic outlook suffered fewer negative effects from the stress of parenting their children. In fact, the more optimistic a mom’s outlook, the less she suffered from significant depression, anxiety or the overall stress of having a child with considerable impairment and challenging behaviors.

So, is putting on some rose-colored glasses, viewing life from the sunny side of the street and seeing the glass as half full all these parents really need? “It’s a huge asset in going through life and in taking tumbles,” Blacher says. “There really is something to all those crazy clichés we grew up with.” 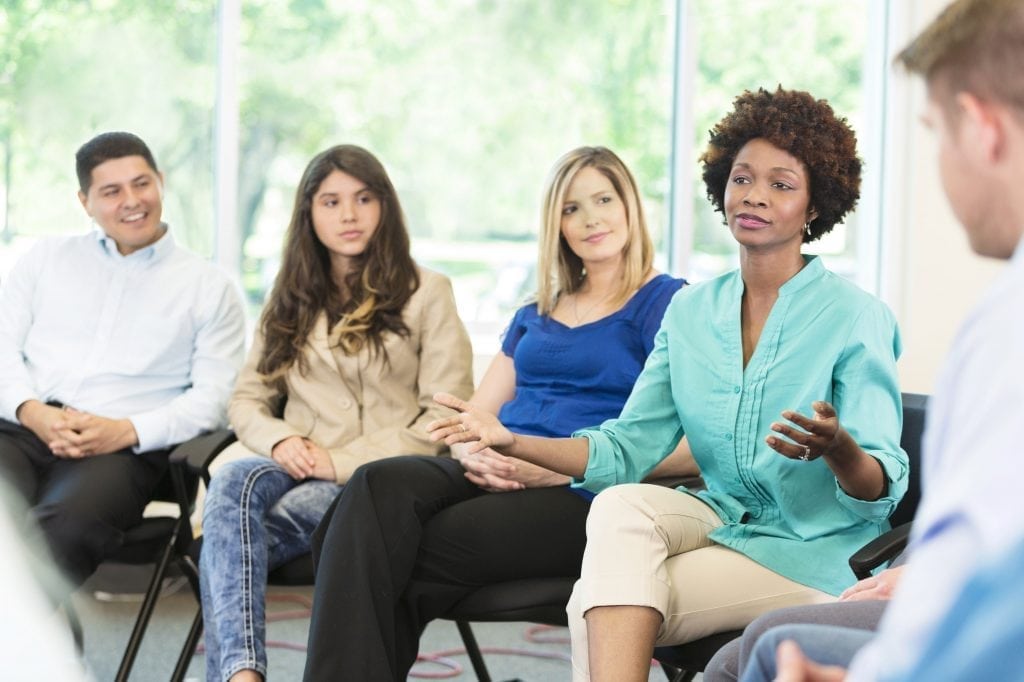 But where does the optimism connected with these clichés get its start? It’s a trait, a world view, a combination of nature and nurture. “Theoretically, you’re born with it,” says Blacher. People who are optimistic tend to expect that good things are more likely to happen than bad, and to see the more favorable side of their situation.

Lisa Graziano says a practical and positive approach was definitely part of her upbringing and came into play right after Cameron was born. “Our very first conversation [TJ and I] had alone, even before we had the diagnosis, was no matter what this is, as long as Cameron is happy and has some friends in this world, that’s all we care about,” she says. “That was our initial attitude from the get-go.”

Graziano says she never really took that awful textbook reading to heart. Yes, she felt devastated and overwhelmed by the diagnosis, “but I never felt defeated, like I’d give up,” she says. And, 19 years later, Cameron is doing well. He plays sports and the saxophone, graduated high school and is in the second semester of his freshman year at a Cal State university.

Where Does it Come From?

When people are optimistic, there is a chemical impact in the brain. “There’s something about viewing the world more positively that produces the same reaction as an SSRI, a drug that eliminates depression,” Blacher says. But science is just beginning to nail down the details.

Blacher and Baker are now ready to begin looking into the questions of how optimism does its thing and how they might help parents of kids with disabilities cultivate a more optimistic outlook. That kind of research takes time, but there are actions parents can take right now to help boost their level of optimism and grab the benefits that go with it.

Katie Hurley is an El Segundo-based child and adolescent psychotherapist who specializes in anxiety disorders and learning differences. Author of “The Happy Kid Handbook,” Hurley also has keen insight into the world of parents – especially parents of kids with disabilities. “It’s lonely when you’re dealing with a lot of things all at once,” Hurley says, adding that raising a child with a disability can become “an all-consuming job.”

Connecting with others can be key to easing this loneliness. “We as humans really need to connect and empathize with each other, so I say to parents all the time, you just need one friend,” Hurley says. “Even just that one solid friendship for a parent who’s going through something hard can provide relief.”

Hurley has facilitated many parent support groups, and says that these groups give parents a chance to share their struggles and to hear parents who have overcome challenges say, “I know it’s really hard and I remember those days, but listen to how my kid is doing now.” 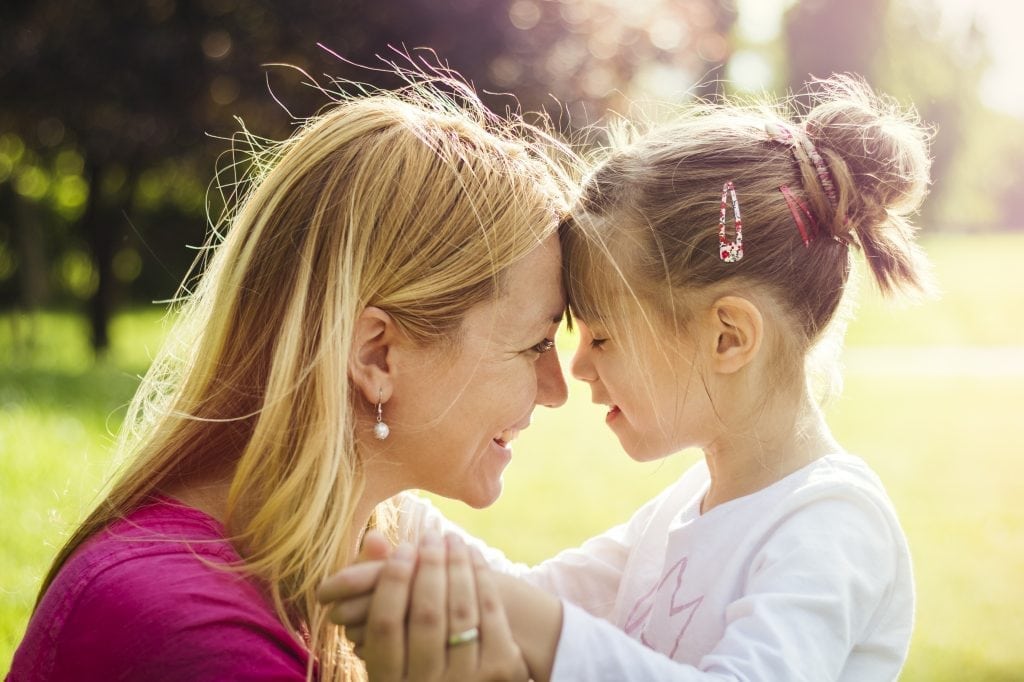 Keeping yourself from being isolated might even shift your world view – eventually. “You can think that the world has ended all you want. Just don’t do it alone,” urges Graziano. “Because if you do it alone, you don’t have the opportunity even to be challenged in that thinking. But if you’re with other people, you’ll hear, hopefully, from other people who are more optimistic and encouraging and supportive.”

When Cameron was 2, Graziano started a Prader-Willi syndrome parent support group with help from the National Prader-Willi Syndrome Association (pwsausa.org) and the Prader-Willi California Foundation (pwcf.org) and still gets together regularly with some of the moms she met.

Along with support, your fellow parents will provide a source of perspective – especially in the face of bleak pronouncements by clinicians. “Professionals don’t know your kid,” says Graziano. “So never take it to heart and think it’s the gospel truth and give up hope just because some professional tells you your kid will never do that, or your kid will always do that.” Stories abound of children who proved their doctors wrong.  “Only other parents can give you that broader picture,” Graziano says.

Planning things out can also help parents feel less stressed and more optimistic. This includes planning what you will do to support your child, maximizing the abilities she or he does have and coping with the challenges you face. “Without a plan, there’s no progress,” says Graziano, adding that new dads are especially on the lookout for something to do. “The plan is something to do.”

You also need a plan to help you through those moments when things aren’t going well. “We all have moments like that,” Hurley says. “We all have moments where we feel completely overwhelmed and like we’re sinking a little bit. We have to be able to reach out for help.” Making a list of family members, friends or neighbors who can step in when you need them will make you feel better prepared for whatever comes your way and more optimistic about your ability to handle it.

But what if things aren’t that bad, or if everyone on your list is tied up and unable to step in? Hurley suggests creating a “coping kit” for those moments you’ll need to weather on your own. “Have something that you pull out when things get hard, that’s full of fun little things that your kids don’t play with every single day,” she says. These might be puzzles, handheld games, art supplies or anything that will capture their attention for a bit. Then explain to your kids that you all need a 15-minute break and set a timer. 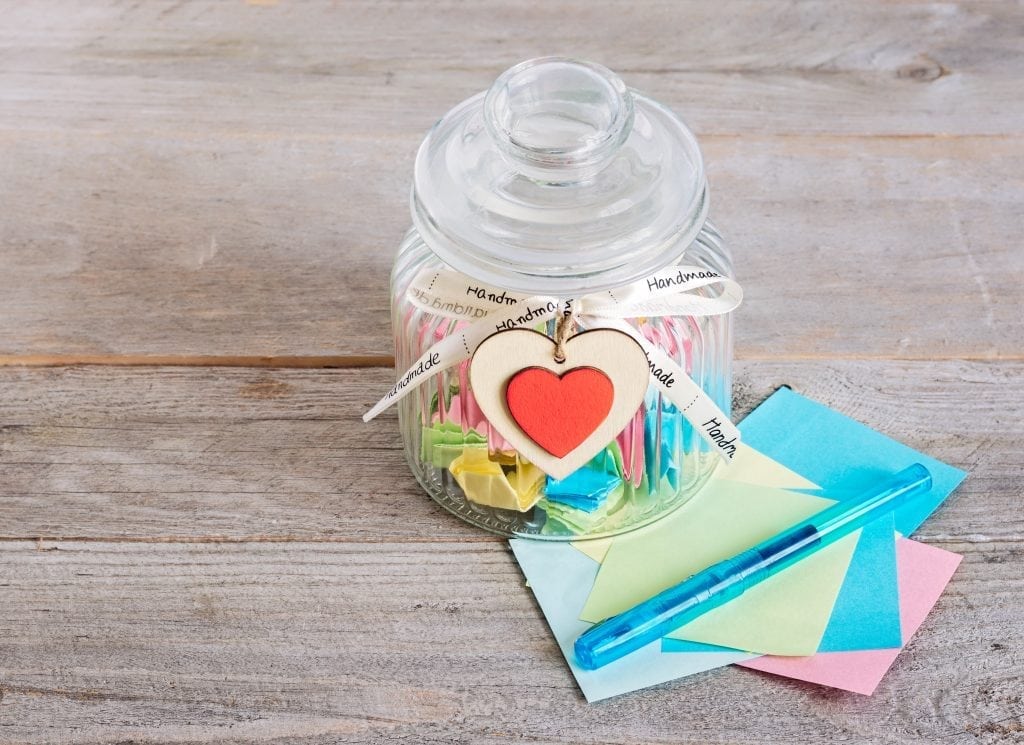 While they are busy, do something for yourself. Hurley suggests trying a yoga or mindfulness app (she likes “Stop, Breathe & Think,” which has versions for adults and kids), or even just making yourself a cup of tea and reading a book or magazine. There is increasing evidence, according to Blacher, for links between mindfulness practices and optimism. “Anything that keeps people present and controls their breathing has proven to change people’s outlook on life,” she says.

You can also change your outlook by making a habit of “talking back” to negative thoughts as they come up and then determining what you can do to put a lighter spin on your situation.

So, if you’re stuck in traffic on Interstate 405, you might say, “We are stuck in traffic, and I really hate that. It’s awful. But, this will give me time to listen to my favorite podcast.” If you have to call in a plumber for an expensive repair, you could say, “I’m not happy to have to spend this money on a plumbing bill, but I am so grateful that we have a home together and that we are able to fix things that go wrong.”

Hurley says it’s useful to do this out loud, even when the kids are around, because it shows them how to flip a negative into a positive.

One increasingly common practice that can also rub off on the kids, and has been shown to improve your outlook on life, is recording expressions of gratitude. You could start a gratitude journal or – less pressure – a gratitude jar where you can use any old paper you like. “Writing down on a piece of paper that I’m grateful for my husband because he did the dishes for me this morning and it was one less chore for me to do takes four seconds,” Hurley says.

Stuff that paper in the gratitude jar and let the whole family participate. At the end of each week, read your notes and enjoy a boost together. You could also stick gratitude sticky notes on the refrigerator for a constant reminder of the good in your lives. “The kids will start to walk by the refrigerator and look for new notes, or read old notes, and they’ll smile,” Hurley says. “It can be something that just becomes part of our blueprint if we practice it enough.”

For Graziano, perhaps the thing that makes optimism most worthwhile is that it offers a way forward. “Inherent in optimism is hope,” she says. “If you are thinking things are hopeless and there is nothing to be optimistic about, follow that thought with, What if I’m wrong? Maybe I’m wrong.” Hold onto that for just another day. “As they say,” says Graziano, “it’s a day at a time.”

Christina Elston is Editor of L.A. Parent and now works in an office awash in gratitude sticky notes.