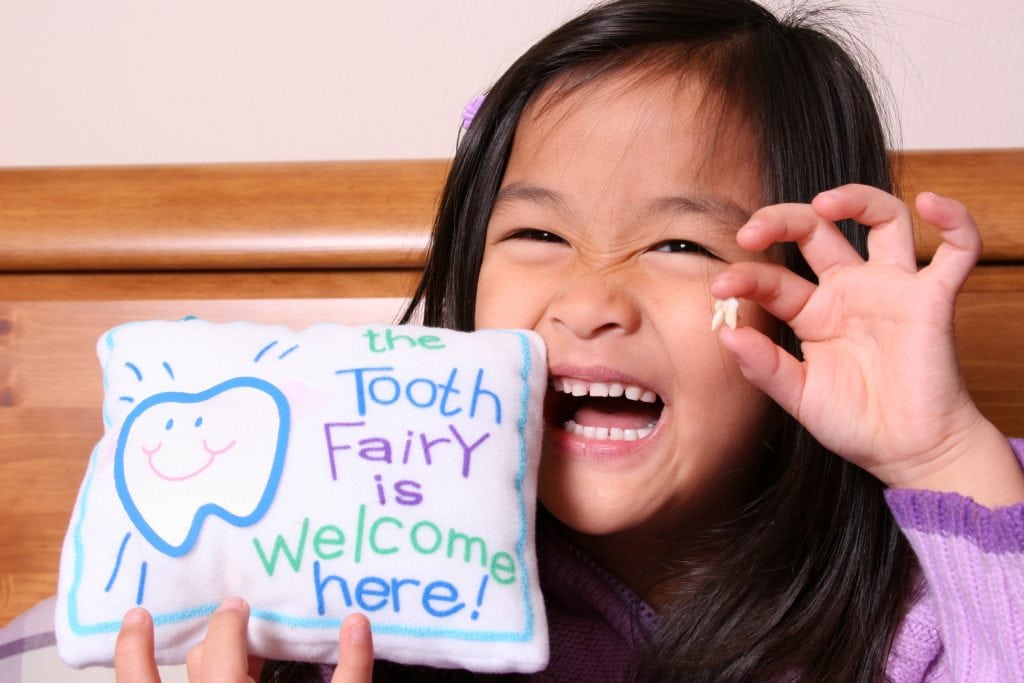 In some parts of Korea, the tradition is for children to throw their baby teeth on the roof and sing a song, entreating a magical magpie to whisk them away and replace them with healthy new ones.

My Culver City-based dentist, Janet Wong, told me something in the middle of my last cleaning that surprised me. “I use the same amount of caution talking with my littlest clients about the tooth fairy,” she said, “as I do when I am on the subject of Santa Claus.”

“But why?” I mumbled out over the suction hose.

“Well, did you know many kids on the planet believe in a tooth mouse or a tooth rat, rather than a tooth fairy? And L.A. is a rich, culturally diverse city,” said Wong.

It turns out that our American tooth fairy is a relative newcomer in global tooth lore. Her first mention in an official reference book wasn’t until 1979, and the earliest mention found to date is in an eight-page play for children from 1927. Folklorists believe our modern version of the tooth fairy might have arisen out of a perfect storm that occurred after World War II involving the “baby boom,” unprecedented U.S. prosperity and Walt Disney – especially the fairy godmother from “Cinderella” and the pixie Tinkerbell from “Peter Pan.”

However, I studied and taught mythology and folklore at graduate school and had never heard of a tooth mouse. I went home and asked my Latin American-born boyfriend whether he had visits from the tooth fairy when he was little. He cocked his head quizzically and asked me, “Why 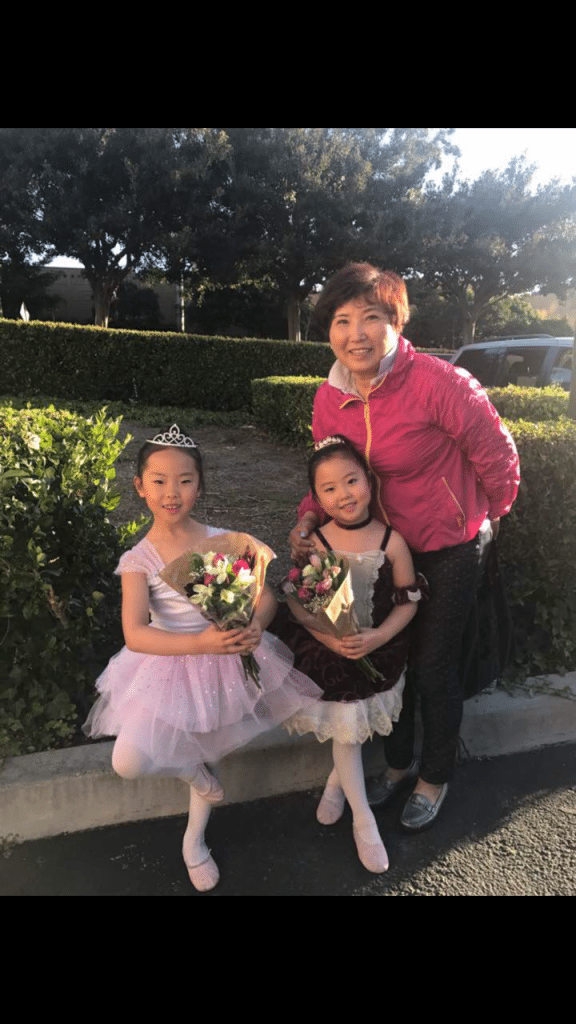 Mindy Kim, shown here with granddaughters Chloe and Ava Jay, was raised with the tradition of the Korean kkachi. PHOTO COURTESY MINDY KIM

would we need a tooth fairy, when we had a tooth mouse?”

With curiosity piqued, I hit the streets of L.A. to do some fieldwork, gathering stories from American parents with roots in other countries. Here are just three examples of foreign fairies I found. Here, too, are reasons these once-cherished tooth helpers are now on the endangered fairies list.

Manager Mindy Kim and several other women at Nails by Olivia in Marina del Rey shared a touching story with me. As children in South Korea, they used to throw their baby teeth on top of the low thatched roofs of the small wooden bungalows they grew up in. This fun tradition was accompanied by their singing a special song entreating a magical magpie (the kkachi) to whisk away their baby teeth and replace them with healthy, new ones. No money involved.

After I begged a bit, Kim (mother of the owner of the salon) and company softly serenaded me and a few delighted nearby customers with the Korean kkachi song. After the shy laughter of the singers died down, Kim quietly told me, “I miss that time.”

When I asked Kim if she had carried out the magical magpie tradition with U.S.-born Olivia in the past or her granddaughters Chloe Jay and Ava Jay today, she shook her head no and directed me to look out the window to the roof of the newly renovated mall that houses the salon. “Look at the roofs here. They’re so high, and there are no kkachi here either.” Sometimes something as simple as architecture can contribute to old cultural traditions dying when they reach the shores of new lands.

Ankhbayar “Sunny” Altangerel was born and raised in Mongolia, where her family and many others had Tibetan mastiffs – giant lion-like dogs, who lived outdoors – as pets. These huge black-haired working dogs with strong teeth traditionally were kept to protect a family’s sheep from bears, wolves and tigers.

When Altangerel’s 28-year-old son Yanjmaa Mongoljav was little, he and his mom would carefully fold each tiny baby tooth he lost inside a special packet of fresh meat. It was a Mongolian tradition to go outside with the meat and respectfully say to the mastiff, “Please take this bad tooth and give me back a strong, healthy tooth like you have. Accept our gift of meat as thanks.”

This practice didn’t make it in the U.S. “Most dogs are little and soft here,” says Altangerel. “In Mongolia, dogs are big and tough. The Mongolian tooth tradition was fun for little children there, but it’s not right for here. Little dogs might get hurt if they swallowed even a tiny tooth.” She’s right. And even the story of the Mongolian magical tooth dog may be swallowed up by time in two or three generations in L.A. 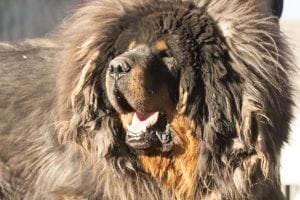 The younger brother of Ankhbayar “Sunny” Altangerel, who, like her, was raised giving his baby teeth to the family’s mastiff dogs, is pictured with his family in Mongolia. PHOTO COURTESY SUNNY ALTANGEREL

Fany Aragon, mom and manager at L.A.’s Rainbow Acres Natural Foods, was born in Chiapas, Mexico but grew up in Venice, Calif. One of her first memories of the U.S. was when she was just 5 years old, standing outside her apartment near Rose Avenue with her big sister, Leny. The sisters were attempting to carry on the Chiapas tradition of throwing their baby teeth on the roof for el ratoncito the magical tooth mouse. They succeeded, despite the high roof. But it turns out that getting the tooth up on the roof was far easier than passing down the tradition of the tooth mouse to their own children.

“My husband Eric and I tried to pass on the tradition to our three kids, Valeria, Mireida and Eric,” says Aragon. But, no dice. Each of the Aragon children was internet savvy by the time el ratoncito should have had his moment on stage. The Aragon’s progeny informed their parents that:

It’s understandable that the Aragon children, along with millions of kids, now want the thrill of a crisp bill under their pillow when they lose a tooth. It seems that the lack of cash rewards is pushing magpies, mastiffs and mice right out of the fairy business. 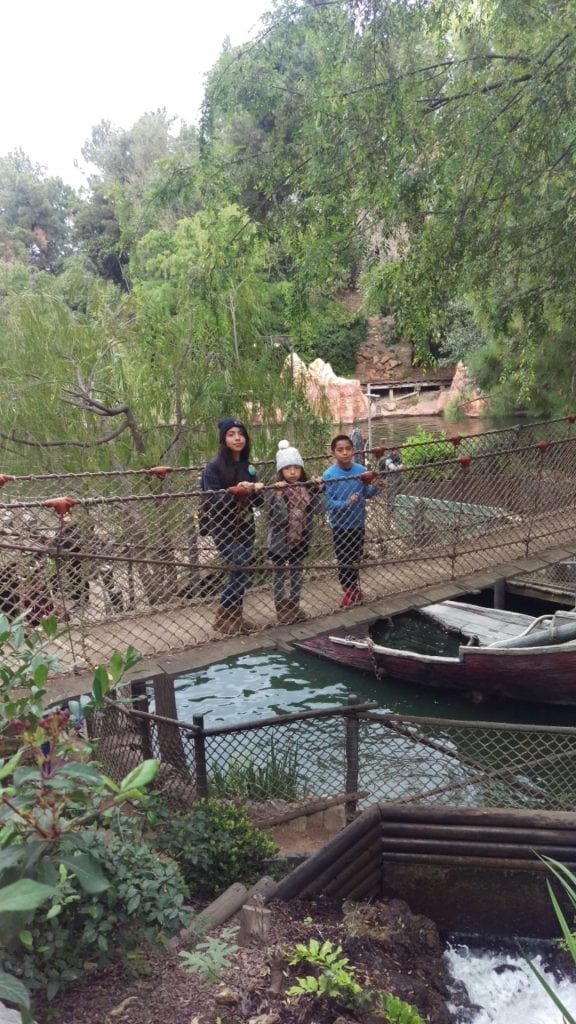 Valeria, Mireida and Eric Aragon visit Disneyland. Their parents tried to pass along the Mexican tradition of el ratoncito, but like many U.S.-raised kids, they prefer the tooth fairy and her cash gifts. PHOTO COURTESY ARAGON FAMILYMINDY KIM

The financial rewards and general allure of the tooth fairy are undeniable. But is there any way to preserve a whisker of history honoring the tooth heroes of many families’ ethnic heritage?

I contacted cultural anthropologist Laura S. Grillo, Ph.D., affiliated faculty in the Department of Theology at Georgetown University, for help. “These L.A. tooth stories are examples of cultural mythology. Cultural mythology is a fabulous thing with great value to pass along to your children,” says Grillo, suggesting that families find creative ways to incorporate past tooth traditions into modern ones.

I asked if she meant that Mindy Kim might attach an image of a Korean magpie onto her granddaughter’s American tooth fairy pillow. Perhaps she could also write the words to the kkachi song in sparkly ink on a piece of paper and tuck it and a few dollars into the snazzy money pocket those new tooth fairy pillows come with?

“Exactly!” said Grillo. “Myth and ritual are creative enterprises that belong to everyone. Combining the old and new is the stuff good Disney movies are made of.”

If you aren’t sure what folks in your family’s country or countries of origins did (and might still be doing) with their baby teeth, check out “Throw Your Tooth On the Roof: Tooth Traditions from Around the World,” by Selby B. Beeler and G. Brian Karas.

By incorporating bits of your family’s cultural heritage into modern tooth fairy rituals, you will help your children be proud of their identity and resist cultural homogenization. You’ll also foster their curiosity, inspire innovation (in yourself and in them) and plant seeds of wonder in their hearts that will flower in future generations.