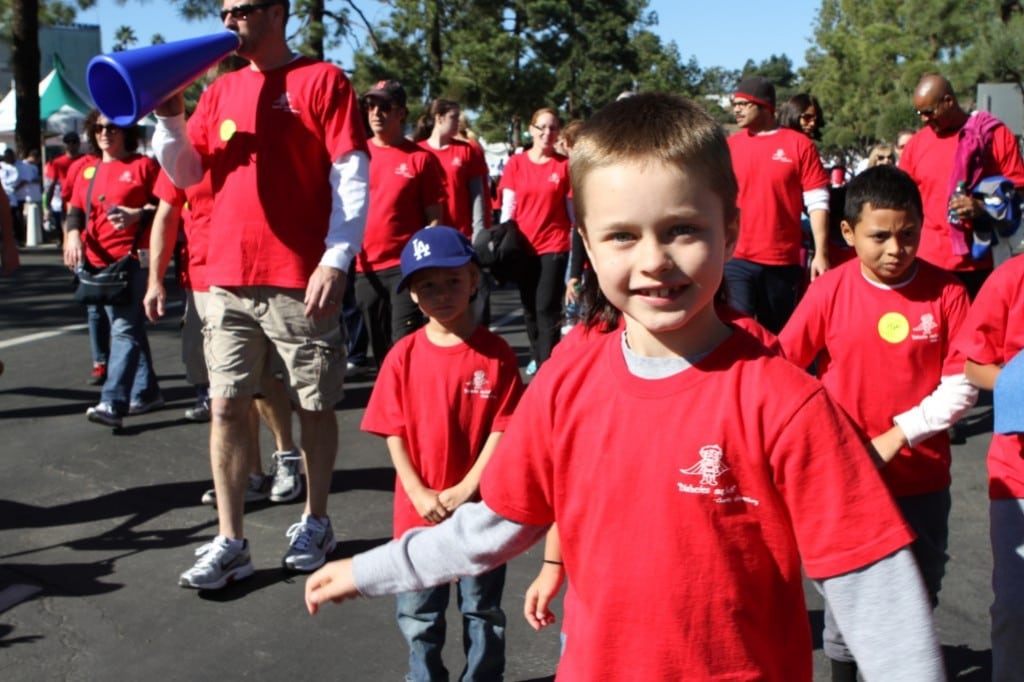 Charlie Wehrenberg, who is now 9, was diagnosed with type 1 diabetes at age 3.

“I remember those big, blue eyes looking at me, saying, Dad, why are you hurting me?” says Kevin Wehrenberg.

Those eyes belonged to Charlie, Wehrenberg’s son, who was 3 years old at the time. They were at Children’s Hospital Los Angeles, where Charlie had been diagnosed with type 1 diabetes the day before. Two nurses were holding Charlie down, and Wehrenberg was giving him an insulin shot for the first time.

That day in July 2008 was the second in the Wehrenbergs’ three-day crash course in managing type 1 diabetes (T1D). It was also the beginning of an ongoing journey to raise funds and awareness, which will continue Nov. 15 at The Rose Bowl, when “Charlie’s Angels” participate in their sixth JDRF One Walk.

The team, which began with 25 or 30 members, participated in its first walk the year Charlie was diagnosed. “Every year since then our team has grown,” says Wehrenberg, adding he expects 100 to 150 for this year’s walk. Many of the members are from The Country School in Valley Village, which Charlie attends. There is no school nurse, so each school year, Wehrenberg trains Charlie’s new teacher on how to care for someone with T1D. 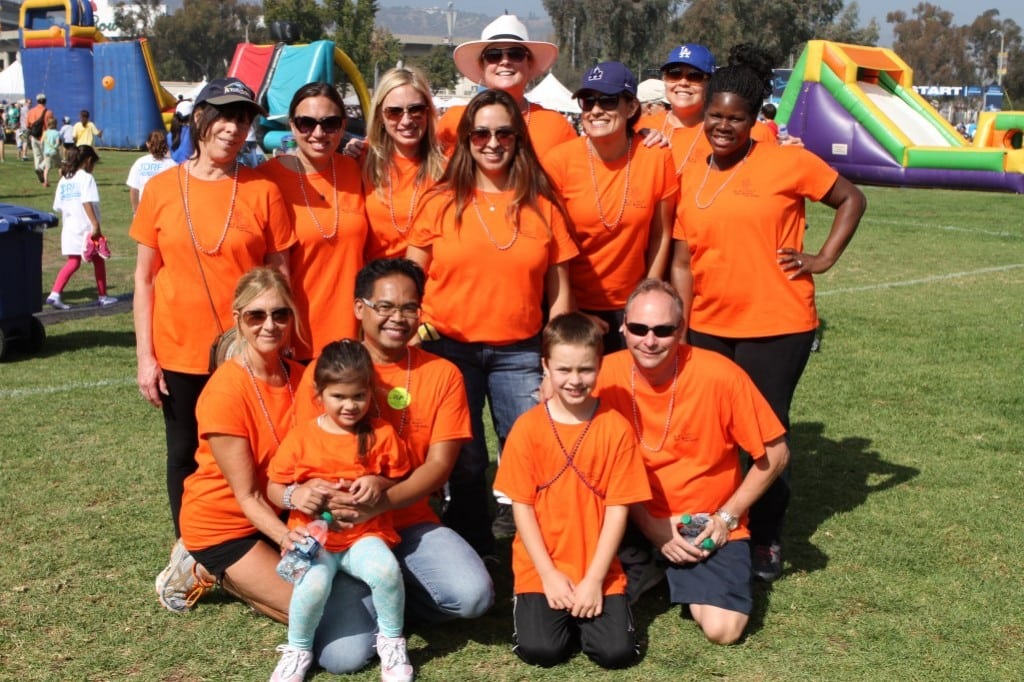 “Charlie’s Angels,” a team made up mainly of teachers and staff from Charlie’s elementary school, has raised $400,000 to date through the annual JDRF One Walk.

Thus far, the team has raised close to $400,000 for JDRF, a national nonprofit. The organization’s goal is to find a cure for T1D, but they’re also funding research on some important breakthroughs along the way.

Smart Insulin: People with T1D have to inject themselves with insulin – a hormone that helps the body turn the sugar in food into energy – several times a day, because their bodies don’t produce it. Smart insulin could “turn on” when needed and “turn off” when it isn’t, allowing people to take just one daily shot.

Encapsulation: The immune systems of people with T1D attack and destroy their bodies’ insulin-producing beta cells. Encapsulation would place a protective barrier around beta cells implanted into the body, where they would produce insulin as needed. 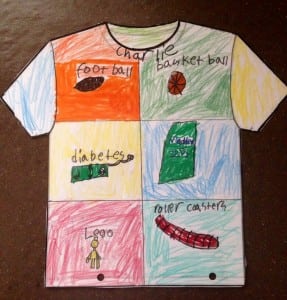 In this school project, Charlie included “diabetes” as one of the things that define him.

The Artificial Pancreas Project: This stand-in for the organ that produces beta cells would help people with T1D regulate their bodies’ blood sugar by allowing continuous blood-sugar monitors to communicate with pumps that continually deliver insulin to the body.

Any of these advances would make life simpler for Charlie, who is now 9. He is on an insulin pump, which means fewer insulin shots, and he checks his own blood sugar, but there are still no days off from his disease.

For a recent school project, Charlie had to design a T-shirt with six pictures that show who he is. He drew a football, a basketball, a Madden 25 game, LEGOs, roller coasters – and his insulin pump, with the word “diabetes.” It’s a good illustration of what Wehrenberg and the team are walking for, a day when diabetes doesn’t have to be part of Charlie’s picture.

To donate or help with the walk, visit www.jdrf.org/losangeles.

To donate directly to the Charlie’s Angels team, click here.