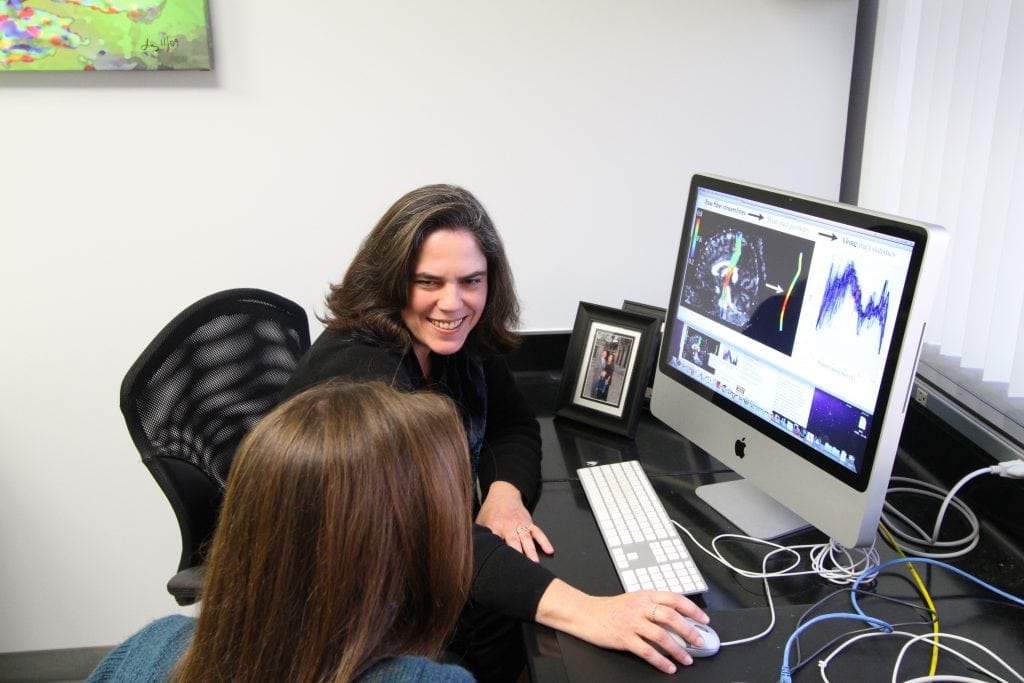 Elizabeth Sowell, Ph.D., is principal investigator of the ABCD study at Children’s Hospital Los Angeles, and will be working with 1,000 local tweens over the next 10 years. PHOTO COURTESY CHILDREN’S HOSPITAL LOS ANGELES

If you’ve got tweens or teens, no doubt you’ve wondered what’s going on in their heads. Children’s Hospital Los Angeles, USC and UCLA are now part of a 10-year nationwide study of 10,000 kids that aims to find out.

Brain development from birth to age 3 is dramatic and critical, but Elizabeth Sowell, Ph.D., principal investigator of the ABCD study at Children’s Hospital Los Angeles, says adolescence is also a crucial time. Smaller-scale studies over the last decade have shown significant changes in the structure and function of adolescent brains that are related to cognitive and behavior changes taking place during that same time. “This is really important because we all know that adolescence is a time when dramatic physical, emotional and social changes occur,” Sowell says.

She points out that along with adolescents’ burgeoning independence come risk-taking behaviors and increased risk for mental health problems and drug experimentation. “We need to learn what factors in the biology and the social/physical environment impact brain and cognitive development for the better – or the worse,” says Sowell.

ABCD study researchers plan to do this by meeting with participants once a year. They will have them play computer games to track their cognitive development, ask their parents about the home environment, collect their baby teeth so they can measure environmental exposures to substances such as lead, examine their DNA and measure hormone levels. “The kids get to spit in a tube,” Sowell says. “We can measure the puberty hormones in their saliva.” And every two years, researchers will image participants’ brains with MRIs to track structural changes. This will be the largest long-term study of its kind to date.

Locally, researchers have partnered with the Los Angeles Unified School District to recruit 1,000 9- and 10-year-olds to take part in the study. They are also open to hearing from families outside the district that would like to be involved.

Participants are paid $100 per lab visit, and their parents are paid $50. Beyond that, it’s a chance to contribute to science. “This will help us understand how to promote healthy brain and cognitive development in our nation’s youth,” says Sowell. “That’s really the goal.”