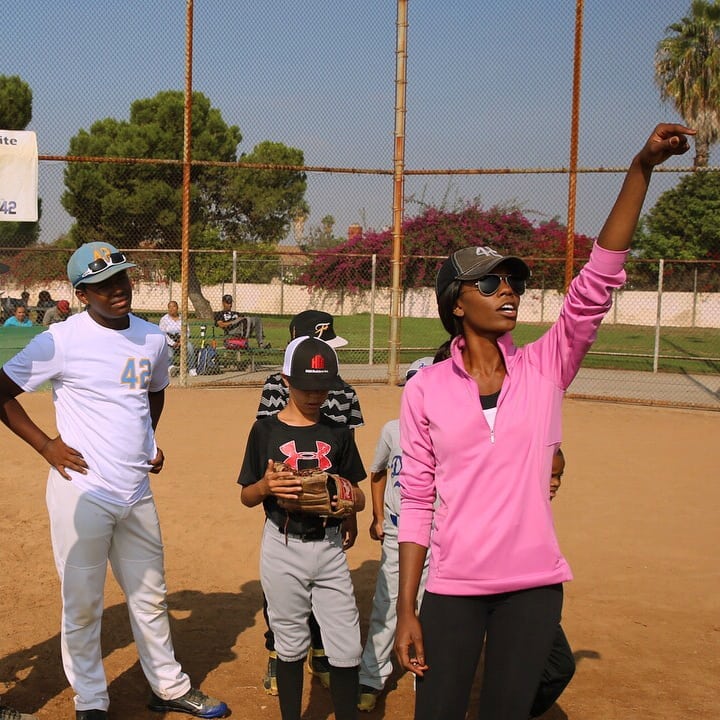 Erin Junes Wesley, right, is executive director of The 42 Initiative, an organization that offers baseball and other programs for kids. PHOTOS COURTESY THE 42 INITIATIVE

Imagine a 23-year-old – one who has no children – telling you how to raise your kiddos. That’s just what Erin Jones Wesley, executive director of a baseball and recreation nonprofit called The 42 Initiative, has spent a great deal of her time doing these last few years. “At 23, I said [to the leadership team]: ‘Guys, if we really want this program to take off, we really need to focus on getting parents to focus,’” says Wesley, who is now 25.

A softball star in middle and high school, and at Cal State Long Beach, Wesley started off as a volunteer coach for Major League Baseball’s Compton Youth Academy. That led to an invitation to join The 42 Initiative (also called Club 42), a community sports and recreation organization formed in 2014 to honor the late Jackie Robinson. Wesley was soon promoted to lead the organization, which uses Rogers Park in Inglewood as its meeting headquarters.

While baseball is the core of the program, Club 42 also offers homework help and opportunities for music and dance enrichment. The organization aims to bring kids from low- and high-income families together so that they can learn from each other. And, because of Wesley, Club 42 places a big emphasis on the role of parents in turning its goals into reality.

“I started with some of the kids when they were, like, 11, and now they are 14, 15 years old, and I feel like Mama Bear,” says Wesley. Being closer to the kids’ ages than most of their parents are, however, Wesley says she is able to reach her students in new ways. As she coached kids in baseball, she started to see other areas in which they were struggling – and started giving pointers for off the field. “I was always very tentative about giving my point of view,” Wesley says. “I’m not a parent; I don’t have kids. But then, I thought, Wait a minute, but I have experienced this. And sometimes parents really do need an extra set of eyes and ears so that everyone is successful in the end.”

Some of her top tips for parents?

For more information on Wesley and Club 42, visit www.go42.org and www.erinjw.com/philanthropy.