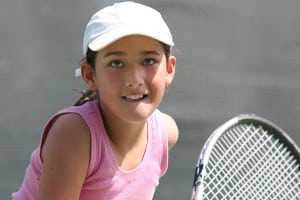 Once upon a time, people said little girls were made of sugar and spice, and everything nice. Today, most of us recognize that the recipe for raising girls not only includes more ingredients, but that too much sugar can be toxic.

According to Mary Pipher, Ph.D., author of the groundbreaking and still-relevant book Reviving Ophelia: Saving the Selves of Adolescent Girls (Putnam, 1994), our daughters “need to feel that they are part of something larger than their own lives, and that they are emotionally connected to a whole. [Girls need] love from family and friends, meaningful work, respect, challenges, and physical and psychological safety.”

In a word, every young girl needs “empowerment.”

Not just empowerment in big, external matters such as voting, managing a career, or running her own finances, but personal empowerment for expressing her inner self and actualizing her dreams.

Nancy King, La Cañada-based dietician, health and fitness coach, and founder of Your Life Flow workshops and retreats (www.yourlifeflow.com), advises that some aspects of raising an empowered girl depend on the child’s age and natural temperament. For example, a 2- to 4-year-old with a hesitant, shy temperament might not respond to her parents’ efforts to help her feel empowered. But that same girl might be more receptive to empowering opportunities between ages 7 and 9, when she’s more aware of others and more coachable.

This happens, she argues, because all the way through adolescence, girls are sent a great many messages that they are somehow “less than” boys: God is male, Santa Claus is male, Presidents are male. In such a maelstrom of masculine mastery, it’s only natural for girls to conclude they must be inferior “damsels in distress,” in need of constant protection.

And it’s getting worse, not better.

Feminist author and filmmaker Jean Kilbourne (who created the Killing Us Softly: Advertising Images of Women series of films) has shown, for example, the advertising and entertainment industries sexualize young girls more today than ever before.

And just within the last decade, the rise of social media has created scary new possibilities for exploiting, demeaning and bullying our daughters. Largely because of social media pressures, some teens have recently felt so publicly shamed or embarrassed they have taken their own lives!

As girls grow up, the impact of society’s messages becomes more serious. “When girls move into adolescence,” explains Bogue, “they go through a physical awakening to their sexuality, becoming aware of themselves as an individual for the first time. It’s like when you buy your first car: your awareness of every issue – all the different cars you can buy, all the options – is heightened. When girls awaken sexually, they ask ‘Who am I?’ and ‘Who am I supposed to be?’ They seek answers, and the messages they often encounter establish a sense of low self-value.”

Rather than helping girls develop a healthy sense of their sexuality, Bogue says modern media treats them “as the object of someone else’s desire.”

Of course, short of shutting down American culture, there’s no practical way to turn off these messages. Nevertheless, there are some simple, effective strategies parents can use to help their daughters:

Connect with their personal power
Behave and feel authentically
Develop their skills, knowledge, confidence and courage, and
Make informed choices based on self-knowledge, self-respect and strength.

“To begin,” advises Bogue, “parents must become aware of what they themselves learned from our culture about the desirable qualities of girls and boys.”

Parents intent on raising an empowered daughter should work to raise her awareness of any negative messages coming her way, and help her develop tools not just to filter them out, but to protect herself from ideas and beliefs that can chip away at her self-esteem.

Bogue believes that moms have an extra responsibility, more than dads, to embody the women they want their daughters to become.

“More than half of young girls,” says Bogue, “see their moms self-criticize their looks in front of a mirror. If you like yourself instead and feel beautiful, your daughter will have a much easier time feeling good about herself.”

Similarly, children who see that Mom too often resolves a conflict by deferring to Dad can absorb the idea that marriage is an unequal partnership.

A mom should work not only toward a strong sense of self-worth, say the experts, but also to help Dad understand that protecting his daughter is best done not by walling her off in a fortress, but by instilling self-sufficiency. We regularly say “boys will be boys,” and evince a certain faith that boys who fall down will get back up to try again. But we often feel more fear for our daughters, and so protect them too much, making them risk-averse and overly concerned with self-protection.

“I’m not suggesting reality is totally safe,” says Bogue, who seeks to instill a sensible balance between personal growth and self-protection. “My 16-year-old daughter knows very well that there are predatory men, and that it’s better to walk with a buddy than alone.”

It’s never too early – or too late – to start helping a young girl feel empowered.

Every day, parents can create safe opportunities for a daughter to practice being herself. “Help her cross the road today,” says Bogue, “so tomorrow she can do it safely on her own.”

“It’s important that you raise a girl to be responsible on projects, to see something through from inception through completion,” says King. “It doesn’t matter if she’s working in a pet shelter or just cleaning out the closet. Daughters need positive experiences of being powerful and successful. It’s also OK if several of her attempts fail. Part of empowerment is learning not to abandon a project just because it’s going badly.

Real-life empowered women are increasingly visible, doing things such as running the U.S. State Department, building billion-dollar companies and outperforming the pack in everything from sports to science, from entertainment to arts and literature. They can serve as great examples for our girls.

“Increasing amounts of research,” says Bogue, “teach us to protect daughters by giving them not just the right tools, but also the right role models.”

“Even so, there are relatively few empowered female role models for girls,” says Bogue. “One is Sheryl Sandberg. She is phenomenal. Lady Gaga, as strange as she wants to be, has modeled for girls the value of being authentic. I guess it will take a while for more and better role models of empowered women to come along.”