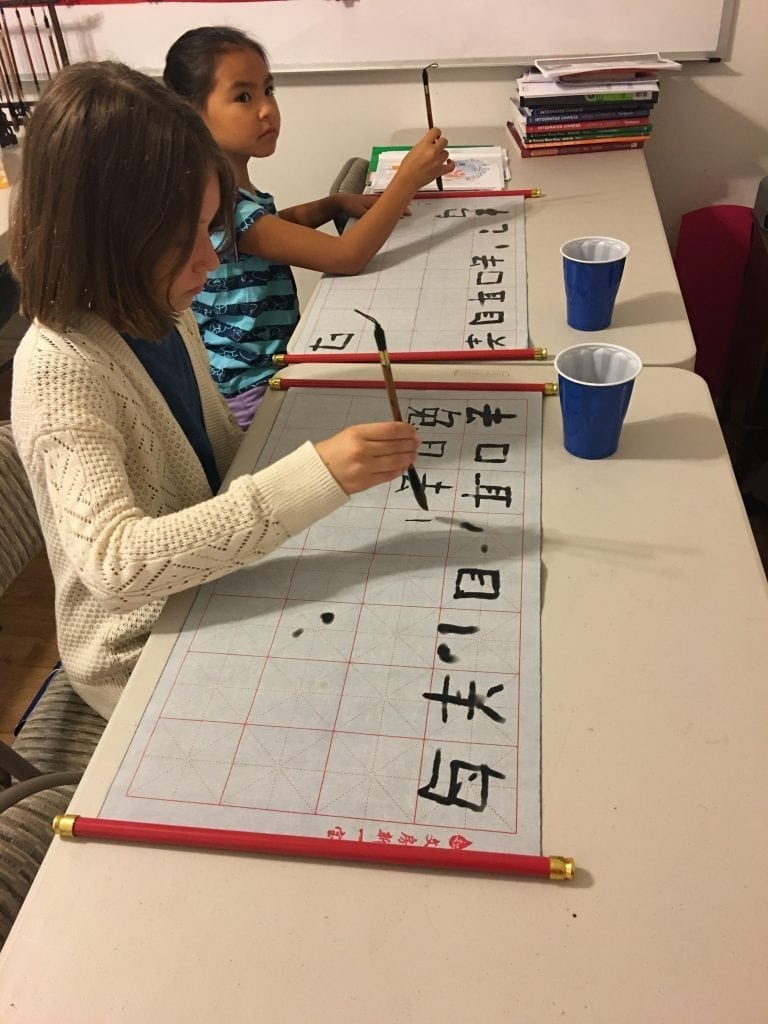 Many students at North America Chinese Education Center don’t have a Chinese background, but their parents want them to learn the language as a tool for future opportunities. PHOTO COURTESY NORTH AMERICA CHINESE EDUCATION CENTER

When interest fades, should kids quit or power through?

When Natasha Vogt, a San Fernando Valley mother of two, watched her younger daughter enthusiastically perform in her dance recital, she breathed a sigh of relief. Earlier, her 4-year-old had decided she wanted to quit tap and ballet lessons, but had been convinced to stick with it at least until her recital.

“She enjoyed being on stage so much that we were sure she would continue. But then she still said, ‘Nope, I’m done,’” says Vogt.

Vogt recalls the parental dilemma this created, wanting to teach her daughter a lesson about commitment but also not wanting to force her to continue an activity. “We had paid through the month and even bought new tap shoes,” Vogt says. “It wasn’t even that she didn’t like the class, but I think she wanted to test her control.”

Vogt decided the best solution was to allow her daughter to finish the recital then skip her remaining classes, but make it clear that those missed classes wouldn’t be replaced by free playtime. “My daughter and I had also talked about completing dance before moving on to other activities like gymnastics or horseback riding,” she says. “Since she didn’t finish dance, we’re not going to try anything new for a while, although I don’t know how long I can hold my ground.”

Whether or not to make a child continue with extracurricular activities they no longer seem to enjoy is a struggle familiar to many parents. Children’s interest isn’t always consistent. They might be enthusiastic about an activity, then suddenly getting them to participate becomes a battle of wills – and it’s up to you to figure out why. Does your child really no longer enjoy this activity? Is it just because he missed naptime today? Is she still small enough to carry kicking and screaming to the car and hope for the best when you get to class? 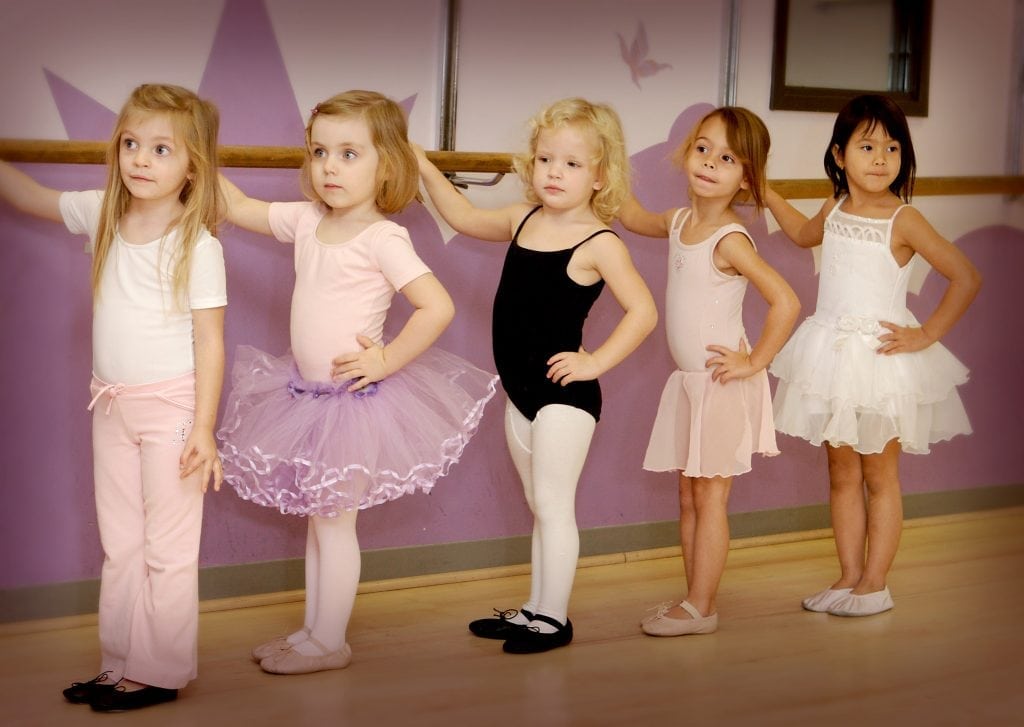 As a mother of four, Amy Kriegel, co-founder of Creation Station Studio City dance studio, has seen this type of struggle from every perspective, personally and professionally.

“When younger kids are no longer interested in class, it can present itself as acting out or simply, ‘I don’t want to go,’” she explains. “My first reaction is, ‘Is the fight worth more than the class?’ We have enough battles as parents, so listen to your child and if it’s not fun, it’s not worth doing.”

Kriegel, who works with kids from 18 months to 13 years, says that until age 5 or so, parents should let their kids try as many activities as possible. When they are 6 or 7, you can consider focusing on specific activities. “At that age, you may not see the skills yet, but you see the desire and they’re old enough to make choices about what they want to do,” she says. “I’m not saying let your child make all the decisions, but give them a lot of options to make an educated opinion.”

She also points out that not every activity needs to be viewed as a long-term or year-round commitment. A curriculum that involves a monthly or six-week payment schedule can offer enough time to determine whether your child will truly latch onto an activity. And if he doesn’t, stepping away feels a lot more palatable.

As kids get older, their schedules naturally fill up with the day-to-day of school and homework, plus extracurricular activities. At that point, finding that sweet spot between scheduled activities and free time becomes an even more complex balancing act.

Dawn Barnes, who has run the popular Dawn Barnes Karate Kids program in several Los Angeles locations for more than 30 years, has noticed a positive shift in parents’ attitudes when it comes to scheduling their kids’ time. “Twenty years ago, it was all about how many activities you could get your child into, and I would tell parents, ‘I think it’s better to be good at one or two things rather than mediocre at five,’” she says. 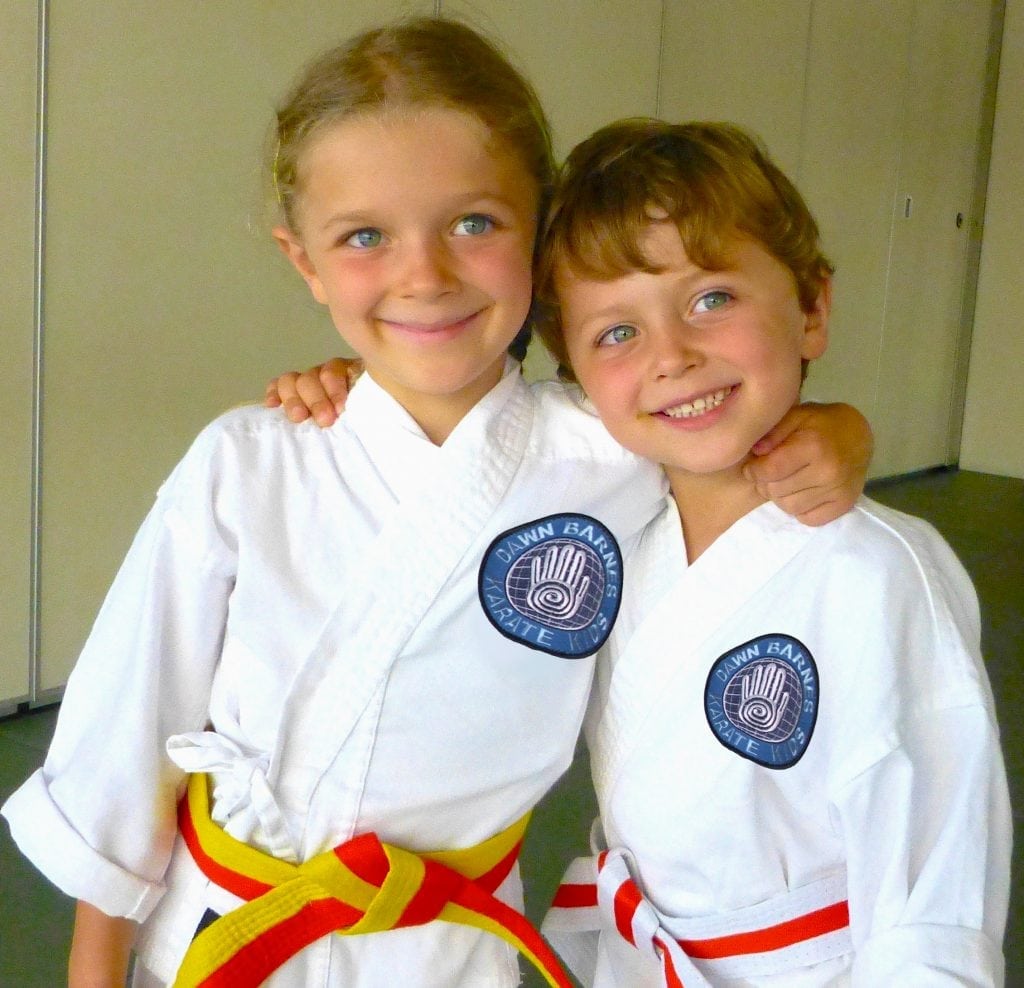 But in the recent generation, she’s noticed families adopting more flexible attitudes toward incorporating free time, which ultimately makes it even more important to show dedication to chosen activities. “It’s good for kids to have a lot of different experiences, but it’s a very valuable life skill to learn about goal setting and accomplishing those goals,” says Barnes. “We don’t want them to stay if they’re not having a good time, but we also don’t want them to get in the habit of jumping around and not be able to commit to something.”

Psychologist Melissa Johnson, Ph.D., of The Institute for Girls’ Development in Pasadena, agrees. “When to hang in and when not to is such an important life skill,” she says. Johnson points to a philosophy called the “growth mindset,” coined by Stanford University psychologist Carol Dweck, which suggests that “fixed traits” of brains and talent are only a starting point, and that abilities can be developed through commitment and hard work.

“As kids get older, one of the things that makes them uncomfortable is the fear that they’re not going to do something well,” Johnson says. “We want to foster this growth mindset that allows for the realistic possibility of failure, and that it takes a lot of effort to develop a skill and have fun with it.”

That said, Johnson also encourages parents to listen and engage with their kids about their interest level, whether that’s about trying something new or deciding whether or not to continue an activity. “We put things into balance by helping our children get to know themselves well enough so they can make those decisions about how they want to spend their time,” says Johnson. “That’s something you can start early, and it gets to be a more sophisticated conversation in middle and high school.”

Families also need to find a way to balance artistic and athletic activities with more academic pursuits – which can be a challenge on top of daily school and homework demands, but can be important for kids’ development. 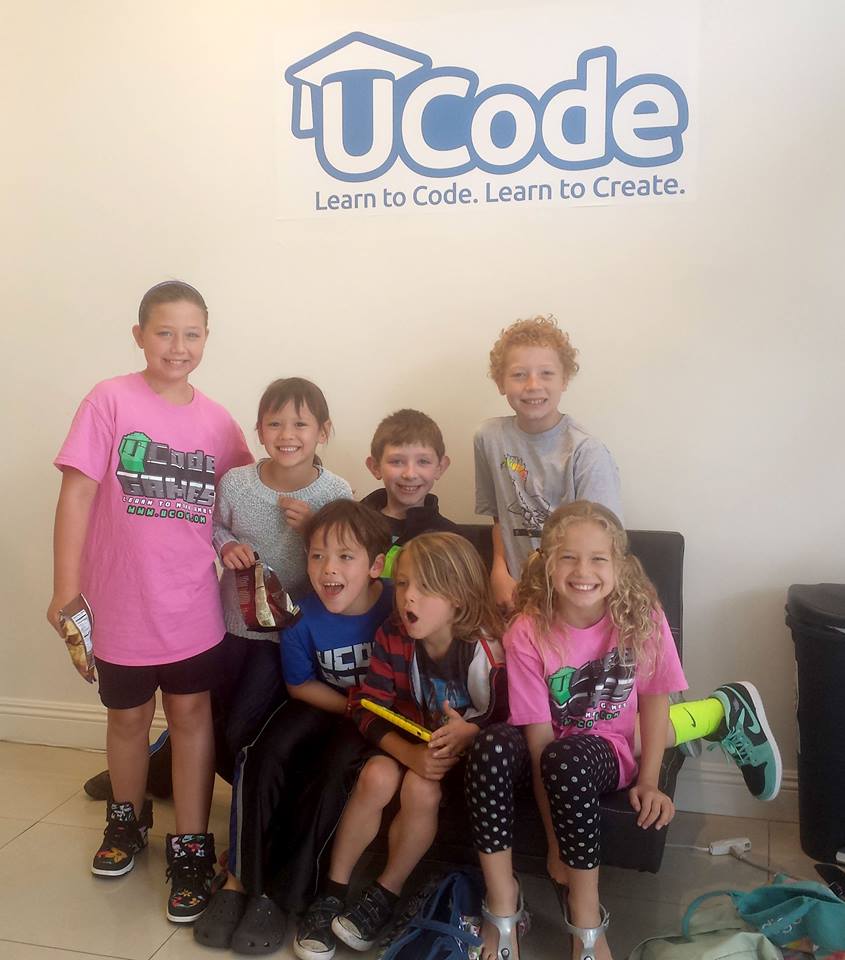 At UCode, a STEM-based program with several locations around the Los Angeles area, kids as young as 5 (or even younger based on their reading level) can learn to create apps, websites and games. But with the stigma around children and screen time, is it even appropriate to carve out time for yet another screen-based  activity?

“Parents are coming to us because their kids are into technology and they want to turn that passion into something productive,” explains UCode “Growth Hacker” Jessa Santangelo. “Instead of being consumers, they get to be creators of technology.”

As with other types of enrichment, coding can involve a steep learning curve where kids who initially express excitement can hit a patch of frustration. In class and at home, Santangelo recommends encouraging students to “push through it, because there’s a huge reward when they accomplish something.” The Ucode curriculum includes code with bugs purposely built in to help kids figure out how to solve problems on their own.

Then there are the academic programs that may or may not align with a child’s personal interest. Lucy Liao owns and operates the North America Chinese Education Center in Van Nuys, teaching Chinese language to children as young as age 3. Many of Liao’s students don’t have a Chinese background, but their parents are keen on giving them tools for future business opportunities. She explains that while the younger kids tend to learn language through games, song and play, interest can flag as older kids enter more challenging realms like learning to write out Chinese characters.

“Around high school, I see children who change their priorities. Perhaps they don’t want to follow their parents’ direction or they get busier with school and SAT prep,” says Liao. “But often times, they realize how important this skill is and come back to it later.”

And therein lies the life lesson. Most adults can recall at least one activity they regret giving up as a child – not because they could have been the next maestro, but because it was a skill that was once within reach and now is lost.

For our children, the complexities of time, money and ever-evolving developmental growth make it impossible to predict where those “lost” skills might cause future regret. Experts seem to agree that our best bet is to let kids try various activities at a young age, encourage them to power through the inevitable learning curve, and ultimately give them the tools to make informed decisions on how they want to spend their time and energy.

Sarika Chawla is an L.A.-based writer, editor and mom of two.