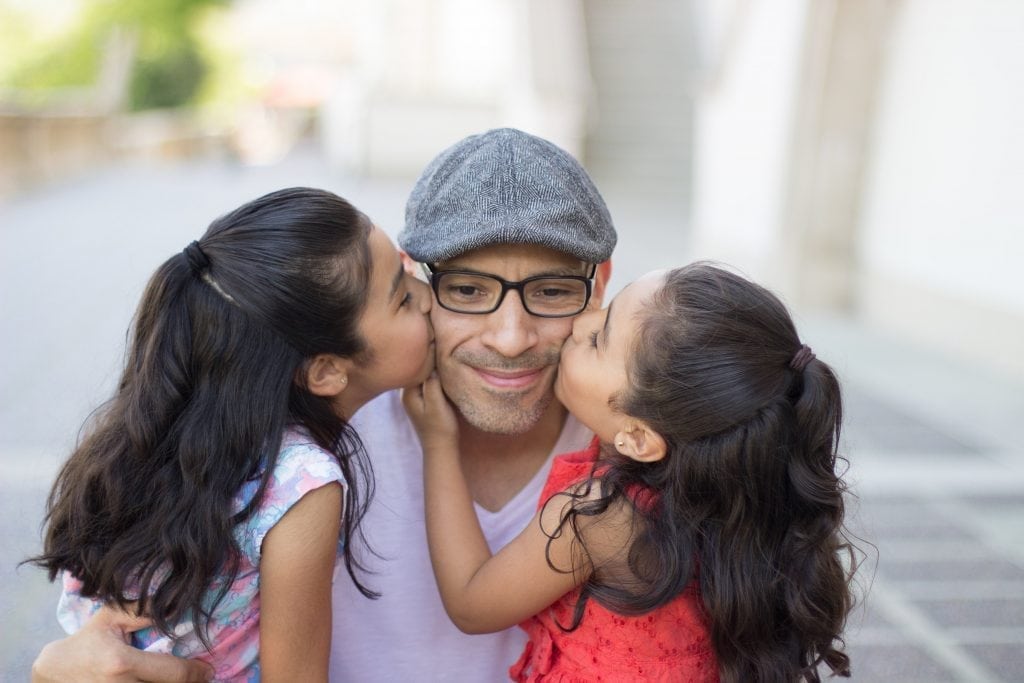 Every family is different, especially in the 21st century. Even as recently as the 1980s, parenting along gender lines was more defined. But shifting roles and values have fathers spending more time with their kids than ever before. Dads are taking on more of the parenting – and they’re doing it their way. Results and opinions on how that’s going seem to be mixed.

In general, experts note that fathers tend to spend more unstructured time with their children, focusing more on play than on tasks such as getting dressed or helping with homework. Ofelia Ortega, mother of two from L.A., agrees with this assessment. “In my opinion,” she says, “most dads do not seem to be as invested in undertaking the preparation that goes into activities of daily living. Dads do not always anticipate all the things it takes to get ready and what items must accompany the task (snacks, extra clothing, toys, etc.). These things get deferred to the mom.”

Ortega has even coined the term “Simba moment” (think of Disney’s “The Lion King”) to describe many fathers’ behavior when the family arrives at a destination. “The dad takes hold of the child ever so proudly and makes an entrance so that everyone can see the father-and-child moment, while the mom often walks behind them carrying all the bags,” she says. Ortega is not alone in making this observation.

Ortega also criticizes the way many dads refer to taking care of their own children. “When I have to step away to run an errand, my husband will say that he is babysitting,” she says. “Moms that I know don’t use that term. I don’t say I’m babysitting my own children because it’s my responsibility, just as it is for dads.”

Not all dads, though, have Lion King egos. F. Douglas Brown, an award-winning poet, high school English teacher and father of three from South Pasadena, approaches fatherhood with humility. His book, “Zero to Three,” which is about his fathering and his father’s death, is filled with thoughtful poems on fatherhood and has been praised professionally and among fellow dads, but Brown does not think the accolades are warranted. “I am just doing what a dad is supposed to be doing. It’s nothing that spectacular,” he says. 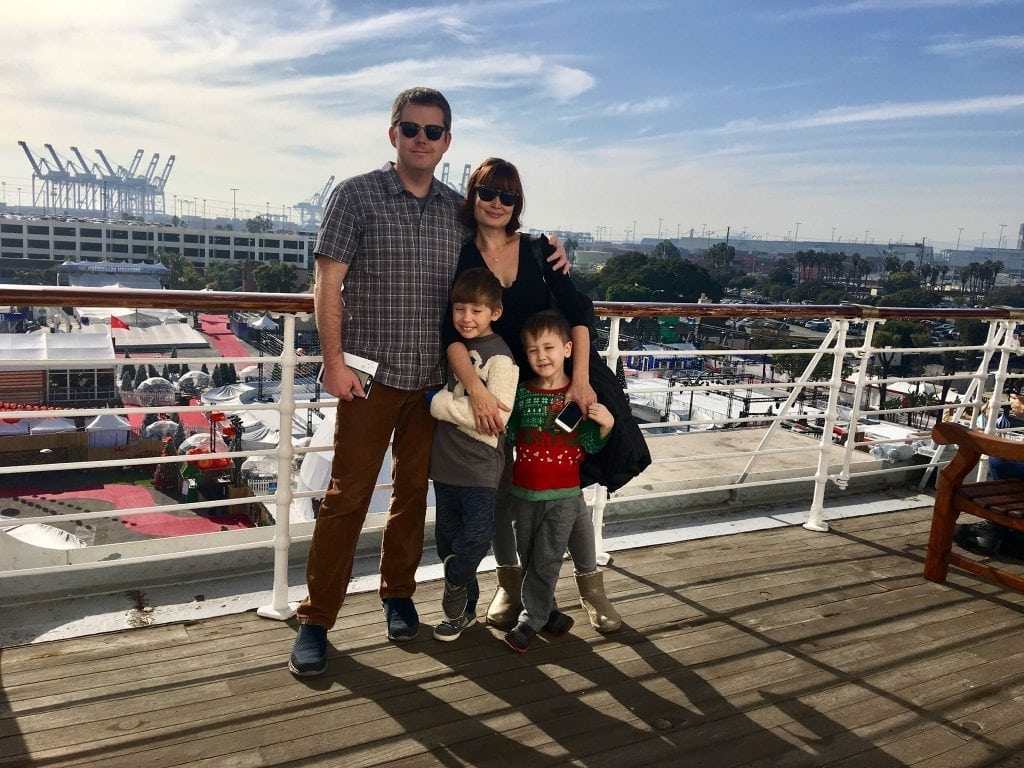 Risa Williams says her kids come to her for comforting, while their dad helps build their sense of resilience. PHOTO COURTESY RISA WILLIAMS

Accepting equal responsibility is important, but so are the unique perspectives of moms and dads. “Dads are just as important as moms to a kid’s development,” says author Risa Williams, a professor of communication at Woodbury University and mother of two. “Both can provide unconditional love and support.” Williams says moms tend to be the parent the child gravitates toward most for comforting, whereas dads can be fundamental in building a kid’s sense of accomplishment. “I see this in my own relationship with my kids,” she explains. “When my kids fall down around me, they want instant hugs and comforting and nurturing, but when they fall down around my husband, he’ll tell them ‘You’re OK! Brush yourself off!’ And they listen, and they tend to act tougher around him.”

In response, Nakagawa founded The Fatherhood Project, a coalition of multigenerational and multimedia artists who are fathers who create art around fatherhood and dialogue about being 21st century dads. For now, the private group mostly communicates digitally, but a future publication is in the works. Nakagawa’s own children are in their early 20s, and he started the project with dads in different stages of fatherhood, hoping that the fellowship will empower the participants to be better fathers.

Long Beach native and English professor David Lau, father of 5-year-old Carlos, is one dad taking a tighter grip on the reins and bucking dad stereotypes. “I am the one who gets up the most at night with [my son],” Lau says. “This dates back to how tired my wife, Laura, used to be from breastfeeding Carlos at night.” Lau’s work schedule also allows him to spend plenty of dad time during the day. “As an academic, I have time that other workers don’t have, and I’m with my son a lot,” he says. “I definitely play ball a lot outside. I introduce big words like ‘bourgeoisie’ and ‘proletariat’ in the evening. But my wife also does a lot of these same things, so we try not to have too many fixed differences between us; we both cook and clean and read to him and bathe him.” 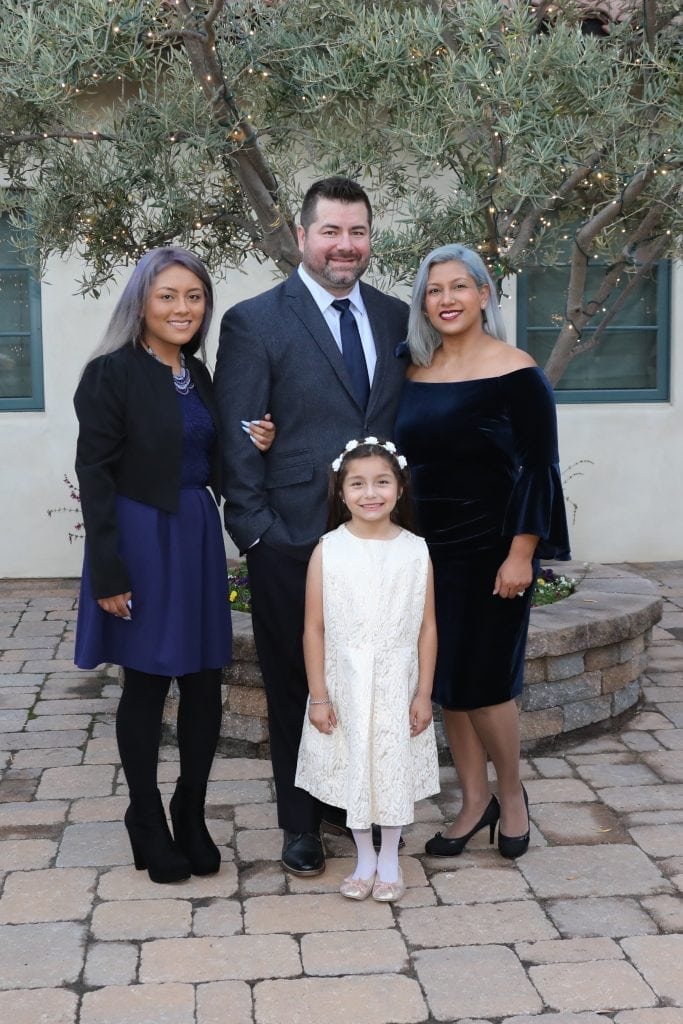 Lakewood father of two Phillip Medina says he has definitely seen more fathers “stepping up,” and that he enjoys co-parenting two kids with his wife, Brenda. PHOTO COURTESY PHILLIP MEDINA

The bottom line for Lau is sharing responsibilities. “I do a lot and so does my wife,” he says. “I feel like the role of being a dad is different today. I know we do more in terms of daily one-on-one interactions, chores and caring than 100 years ago.”

Lakewood father of two Phillip Medina has definitely seen a change. “What I am seeing more often are dads taking on a more involved role as mothers are relying more heavily on the dad,” says Medina, who enjoys co-parenting with his wife, doing as much as he can but stepping back when needed. “I need the better half of a mother’s innate side/unconditional love and nurturing side to be the captain of the ship, as I will gladly helm or steer clear,” he says. Medina’s wife, Brenda, tends to offer most of the parenting direction, but he listens, dissects and contributes as needed.

Fathers like Brown, Medina, Lau and Nakagawa are being the change by leaning in to their parenting roles – and expectations are changing as well. “Expectations of a mother towards the dad’s role have changed because of technology and new career opportunities for women,” says Medina. “These factors, I believe, are big contributors in this rethinking/re-programming of moms towards their spouse or the father of their children.” But whether it’s the fact that Mom’s at work or their own updated view of fatherhood that is causing more dads to step up, the result is healthier and happier families.

As the father of an 8-year-old daughter and 4-year-old son, I do my best to step up. I drive my daughter to school daily, help her with her homework and take her to her various lessons and events. I coach her on how to make friends and on the nuances of interpersonal communication. I also take my son to the park more often than my wife does, and she has accused me of having my own “Simba moments” more than once. Like most 21st century fathers, I am a work in progress.

Mike Sonksen is a third-generation Angeleno, journalist, professor and poet whose work has been featured by KCET, the Academy of American Poets, Los Angeles Review of Books, Southern California Quarterly, Wax Poetics, the Los Angeles mayor’s office, the Los Angeles Public Library’s “Made in LA,” series and the Friends of the Los Angeles River. His forthcoming book is “I Am Still Alive in Los Angeles!”

South Pasadena poet and father of three F. Douglas Brown is often praised for his dedication to fatherhood, but says he is just “doing what a dad is supposed to be doing.”