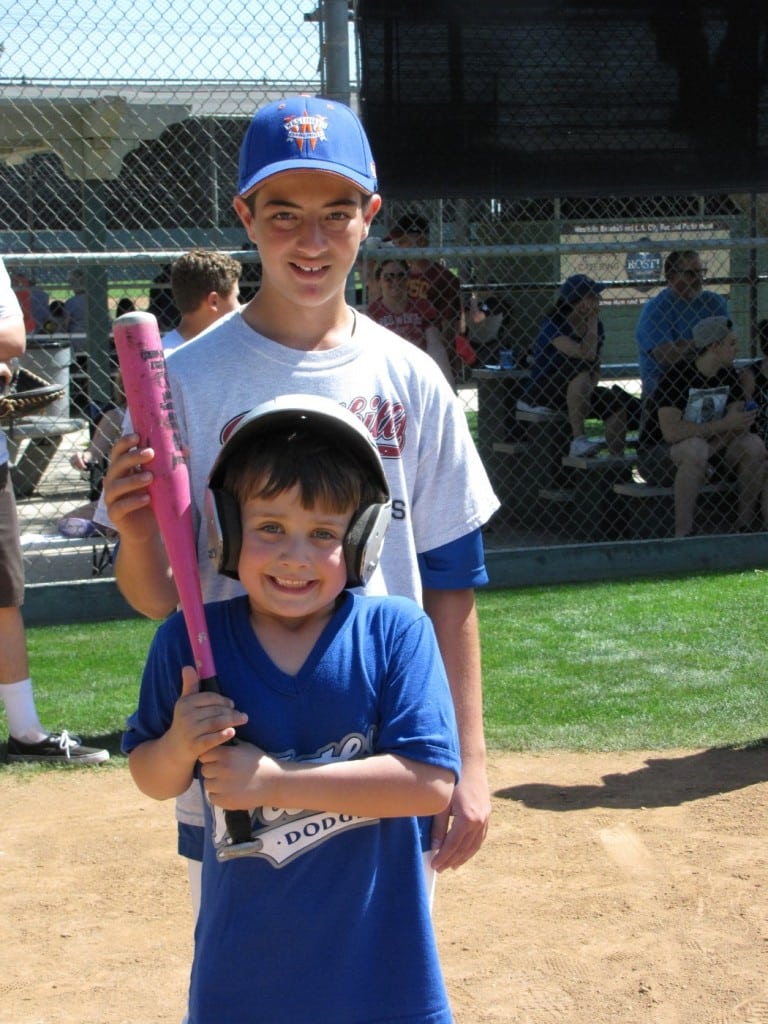 A baseball league for kids with special needs that started as an 11-year-old boy’s Bar Mitzvah project has, in just two short years, developed into a family and community passion.

Guaranteed to make you smile, the Westhills Champions baseball league has become a point of community pride. The athletes, whose physical and mental limitations vary, play baseball and form life-changing bonds with local teen volunteers.

The league was launched by the Kodimer family in the fall of 2011. Today, there are more than 50 players and two volunteers per buddy. The Calabasas High School baseball team even runs weekly practices. I got the chance to meet the Kodimers and interview Kole and his mother, Lisa, at the Westhills Baseball complex before one of their games.

Tell me about why you guys decided to start Westhills Champions.

Kole: For my Bar Mitzvah, I needed a project. My mom gave me ideas, but I wasn’t interested in any of them, and then I just woke up one day and decided that I wanted to start a special-needs baseball team because I love baseball and helping kids. I was also inspired by Mom, because I knew that she coached a baseball team for kids with special needs when she was younger.

Was it difficult to get it started?

Kole: It took a long time to get it started. We had a lot of people volunteer to help right away, and at first we only had two kids signed up to play, but eventually we got a total of 18 kids in the first season and 40 volunteers.

Lisa: Kole really wanted to have the league play at Westhills, where he plays, and we were so surprised that the president of the league was on board right away. The hardest part was getting kids to sign up to play. In the beginning, I tried to quit so many times, but he wouldn’t let me! It was Kole’s vision, but it really takes a village. We couldn’t have done it without the support of the community, especially the Calabasas High School baseball team.

What impact has the league made on you and the others involved?

Kole: I’ve learned that kids should be able to do whatever they want, even though they have limited abilities. It makes me think how grateful I am that I am able to run and walk on my own.

Lisa: We thought the league would help change the lives of the kids, but it really changed the lives of the volunteers and the community more. Also, parents started coming up to me asking me how they could help their child become a leader in the community. So I actually started a business called Good Deeds in Motion that connects teenagers who wanted to do something to give back to their community, but didn’t know where to start. We match them with 401c(3)s and help them create projects based on their individual passions and goals.

What are your plans for the future of the league?

Lisa: We are still growing, and we recently started a scholarship that we plan to give annually to one of our wonderful volunteers. It is called the KoKo award. Our spring season just ended, but we will be back in the fall!