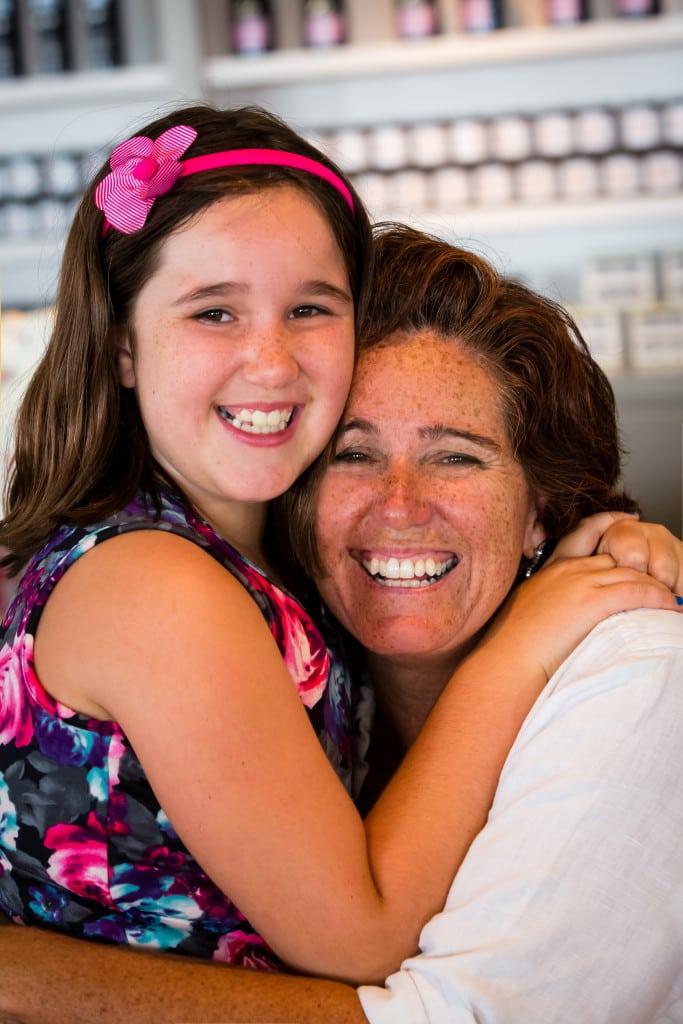 Mary McNamara took on her job as television critic at The Los Angeles Times in 2009. The mother of three – Danny Stayton, 17; Fiona Stayton, 15 and Darby Stayton, 9 – had been a features writer and editor at The Times for 18 years when she was offered the job. “My question was, ‘Can I work from home?’ And they said, ‘Oh yeah, you’ll have to.’ If I didn’t believe in miracles before that, I would have believed then,” McNamara says. “It was the most fortuitous job to take because it made being a working parent easier.”

But that doesn’t mean it is easy. The explosion of new shows (as many as 400 new scripted shows this year alone) keeps McNamara, winner of the 2015 Pulitzer Prize for Criticism, plenty busy.

We chatted this fall about family viewing. Here is a snippet of our conversation.

What has been your approach to your kids’ television viewing?

We started out like every new parent: My child will only watch 20 minutes of educational television a day. My first kid was a boy, and he was a high-energy boy, and he loved movies, and he loved the Disney movies. And so we watched a lot of Disney movies. We had a [half-hour] rule, but I remember, when you turned it off, he just went ballistic. What we realized was, he couldn’t stand not watching the whole thing from beginning to end. He needed to see the story end.

What family shows do you recommend?

Every family in America should watch the “black-ish” premiere, because they take on the N word from this very smart, from all sides, respectful of everybody’s vantage point. And it’s funny and very family oriented and they take on this topic that people don’t feel comfortable talking about, or talking about with their kids. Darby loves “black-ish.” It’s her favorite show. She doesn’t even know what the N word is. I had to tell her the actual word: “There’s this word, and you might hear it, probably in music, and you’re now going to learn why we don’t say it.”

There’s “The Middle” and “Modern Family,” which are just wonderful. And “Fresh Off the Boat,” which is also wonderful. Then there’s all of the good, solid procedurals. We love “Castles” still, we love “Bones” still and those are just the work horses of television. Those are really fun to watch with your kids. My daughter now has just started catching up with “Grey’s Anatomy,” so that’s fun.

For the little kids, some of the Disney shows are really good. We like “Girl Meets World.” That was really clever, the way they brought back “Boy Meets World” with the kids now grown up playing the parents. “Jesse” is on heavy rotation.

So you advise parents to watch shows first?

“Pretty Little Liars” is a really good example. I reviewed that, and I thought it was a really good show, and then I kind of lost track of it. And my daughter was watching it, and there was a story line in which one of the girls is having an affair with her high school teacher. And I’m like. “OK, let’s talk about this for a minute.”

I’m pretty liberal about what my kids, when they’re older, get to watch, as long as they’re mature enough to have a conversation in a meaningful way about what the show is about. I always told them, when they started watching shows that would have profanity, “If I hear you using these words, then you will not be watching this show any more. This is in the context of this show. If I see you acting like this, then you will not be watching this show.” But I really haven’t had that experience.

So often, parents are just told to keep their kids away from television.

I don’t think parents should see TV as the enemy. It’s not the enemy. There’s beautiful stuff on there for all ages. There’s so much going on right now that it would be silly for parents to cut themselves off from that. There’s the seeds of a million conversations that are going to be easier to have because you’re watching a television show together.