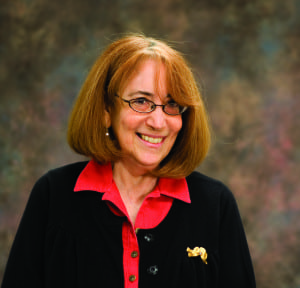 Audiologist Laurie Eisenberg, Ph.D., works at USC’s Keck School of Medicine and is co-leading a clinical trial of a device that could help children born without cochlear nerves. PHOTO COURTESY KECK MEDICINE OF USC

Almost immediately after she was born, it became apparent that Angelica Lopez was deaf. Her parents, Julie and Santos, learned sign language and started making the heartbreaking, but necessary, adjustments to their daughter’s special needs.

Last summer, they learned of a device called an auditory brainstem implant (ABI), still in the testing phase, that might help recover Angelica’s hearing. Hearing aids and cochlear implants cannot help children like Angelica, because she was born without a cochlear (hearing) nerve. But ABI stimulates neurons directly at the human brainstem, bypassing the inner ear entirely. Surgeons outside the U.S. have been implanting ABIs for more than 10 years, but the device is only approved here for patients ages 12 and older and hasn’t proven very effective. Some experts believe implanting the devices at a younger age would help.

Laurie Eisenberg, Ph.D., is an audiologist with USC’s Keck School of Medicine, and is co-leading a National Institutes of Health clinical trial of the ABI device in Angelica and a handful of other young patients. She shared some information about her research.

With ABI and other procedures, is hearing fully restored? Does it take time for the children to catch up with language skills?

Gradually, a baby is learning to put meanings to the sounds that they’re hearing. There’s quite a long period where a child is learning to make sense of this. Now, take a child who is born with severe to profound hearing loss. Even if you can catch it at the time the baby is born and immediately start intervention, the hearing that they’re receiving is not normal. You aren’t restoring their hearing to normal with a sensory device. With ABI, [auditory input] is completely scrambled. It’s a more difficult task for that child to make sense out of that signal, and that becomes hearing for them.

What interventions are necessary to help children make sense of the sounds they’re hearing and learn language?

The child with hearing loss doesn’t have the advantage of incidental learning. They will need visual cues. They’ll need redundancy in the sounds. If someone is talking, they’ll want to pair it with visual cues. Many of these children learn sign language as their primary language. Parents have to become the teacher for the child and give the child a lot of input. It takes a lot of training to make sense of that auditory work. And at the same time, to start to develop spoken language.

Cochlear implants have been controversial at times. What’s the nature of that controversy, and could you share your thoughts on what you’ve seen with your work?

In terms of the deaf community, there was fear that the cochlear implant would put an end to the deaf culture. I think some of that is not as strong now. It started to die down over the years, because once cochlear implants came in, there was no stopping them. The parents would like to give their children the opportunities, in terms of academics and careers and everything else, of being able to develop spoken language.

At some point, the child will make the decision if they want to stay in a hearing community or a deaf community. I liken it to a child being bilingual, because American Sign Language is a language on its own. I always think – and this is my personal opinion – but why can’t a child do both? Why can’t a child be bilingual?

USC’s clinical trial of auditory brainstem implants is still recruiting participants. To be eligible, children must be ages 2-6, and have bilateral profound deafness due to cochlear aplasia, cochlear nerve deficiency, or ossification secondary to meningitis. Learn more by contacting Dr. Eisenberg at laurie.eisenberg@med.usc.edu.