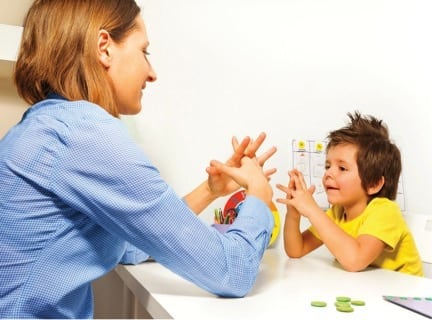 A therapist assists a child in learning a competing response to a motor tic. PHOTO COURTESY TOURETTE SYNDROME ASSOCIATION

A research team led by Massachusetts General Hospital, UCLA and the Tourette Association of America announced June 21 that it had identified rare mutations in two genes that significantly increase the risk for Tourette syndrome. The neurodevelopmental disorder effects as many as one in 160 children in the U.S.

For an update on Tourette, we turned to John Piacentini, Ph.D., director of the Child OCD, Anxiety and Tic Disorders program at UCLA. Piacentini, who was not involved in the genetics study, says many people associate Tourette syndrome with coprolalia – involuntary swearing or use of inappropriate language. But that this is actually rare.

Tourette syndrome involves a variety of motor tics including eye blinking, head shaking, grimacing, shoulder movement or other motions, as well as vocal tics that can include sniffing, grunting, shouting, throat clearing, singing or other vocalizations. Both motor and vocal tics must have been present for at least one year for a diagnoses of Tourette.

The disorder seems to be based in the basal ganglia of the brain. “The areas of the brain that are involved are those involved with filtering behavior,” says Piacentini.

He explains tics like this: When a person first forms the intention of doing something, such as picking up a bottle of water from a table, the brain initially sends out signals to the body for more muscle movements than will be needed to complete the task. Then, as the person’s intention clarifies, the brain filters and refines the signal to include only the exact movements needed. “My brain might send out 100 movements and I will select in sequence the 50 that I need,” Piacentini says.

Tourette syndrome is most commonly diagnosed between the ages of 5 and 8. The tics generally start at age 5 or 6, usually beginning with facial tics and progressing down the body. It is rare for the disorder to begin with vocal tics. Those usually start a year or two later.

The tics tend to get worse until age 11 or 12. In about half of children with Tourette, tics start to go away on their own when they hit puberty. Because healthcare providers have no way to predict whose symptoms will resolve without treatment, they tend to treat all children with Tourette. 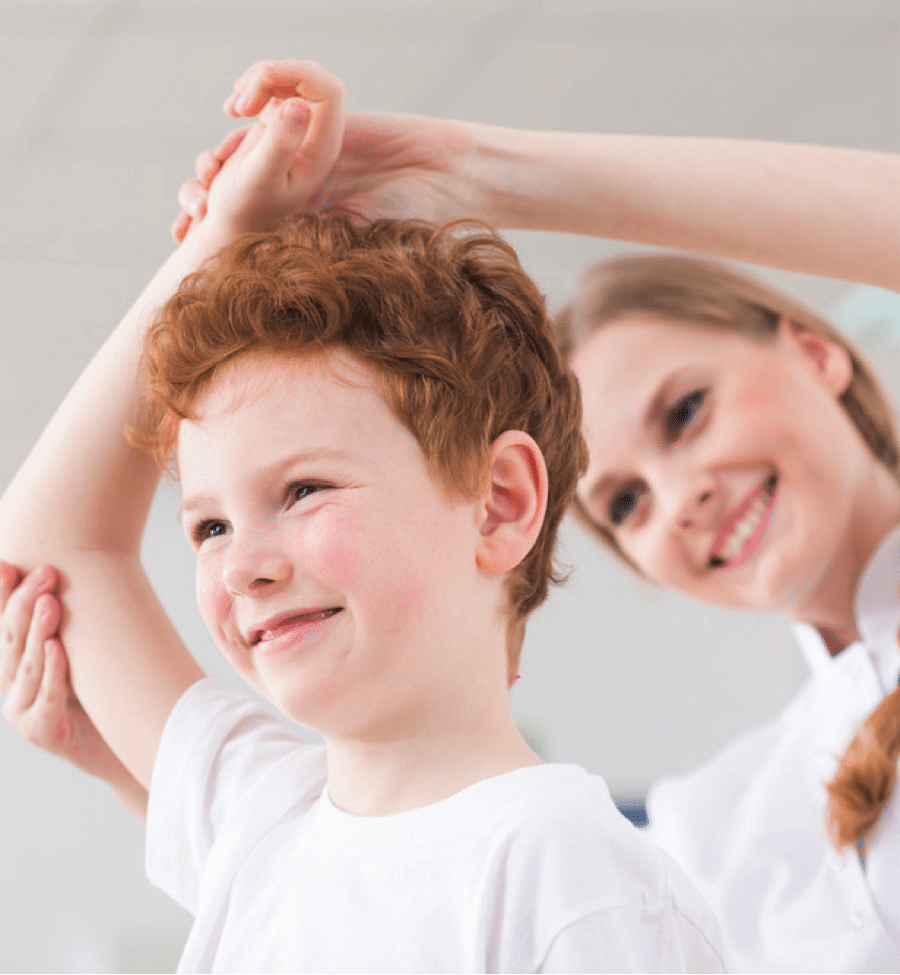 While medication was once the first line of treatment for Tourette, behavioral therapy is gaining ground.

Medication was once the first line of treatment, but available medications tend to cause unpleasant side-effects such as sleepiness, weight gain and clouding of the thinking. During the past 10 years, Comprehensive Behavioral Intervention for Tics (CBIT) has become more popular and studies have shown that it can be just as effective as medication – without the side effects.

The first part of CBIT is to make the person with Tourette more aware of their “tic signal,” an unpleasant feeling that precedes the tic, and that Piacentini describes as similar to the itching of a bug bite. “They do their tic to make that feeling go away,” he says.

The second part of CBIT is to teach the person a competing response, something they do instead of the tic. For physical tics, the competing response might be something like gently tensing the neck instead of twisting the head or gently lowering the shoulders instead of raising them. For vocal tics, the response will be a breathing pattern, such as inhaling through the mouth and gently exhaling through the nose instead of sniffing. “Over time, they learn to manage the urge and not give in to it,” Piacentini says.

He explains that additional treatments being studied include transcranial magnetic stimulation (applying mild magnetic current to the scalp to “reboot” brain signals), deep brain stimulation (physically running electrical current directly into the brain) and treatments similar to neurofeedback. However, these treatments are experimental at this time and have not yet definitely proven to be effective.

Genetic connections to Tourette currently being identified could lead to additional forms of treatment, but not for many years. Meanwhile, Tourette patients continue to have good results from CBIT.

Piacentini also points out that for many children with Tourette syndrome, tics just aren’t that big a deal. “Most kids with tics are pretty normal, and it is important not to let the tics define the child,” he says. “Not every kid who has tics needs treatment.”

For parents of children newly diagnosed with Tourette syndrome, and anyone looking for additional information, Piacentini recommends visiting the Tourette Association of America online.