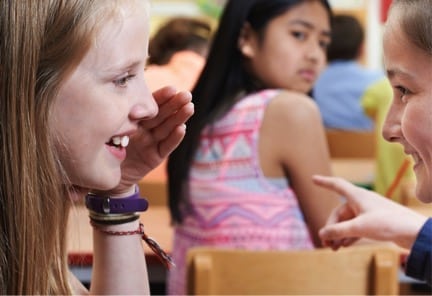 Eleventh grader Natalie Hampton had always loved school. That changed in seventh grade, when fellow students at the private all-girls L.A. middle school she attended began cyber bullying and taunting her, even physically attacking her on four occasions. She almost always ate lunch alone and developed migraine headaches and gastritis.

It was a common case of “mean girls” at work.

Why do some girls become bullies around age 12 or 14? Does growing up in L.A., with its emphasis on looks and wealth, exacerbate the problem? Or maybe it is just biology.

Where it comes from

“By the time [girls] are in sixth grade, those hormones and the adolescent experience have taken over in earnest,” says L.A.-based author Anea Bogue, who specializes in life coaching for teen girls and their moms. “That’s when the process that psychiatrist Carl Jung called individuation begins. It essentially means becoming an individual. Both boys and girls are asking themselves: How do I fit into my little tribe, into the bigger tribe, and what do I need to do, be, act like in order to be an acceptable, attractive member of it?”

Psychologist Melissa J. Johnson, founder of The Institute for Girls’ Development in Pasadena, is often told by girls, parents and educators that things get trickier in third and fourth grade, with middle school being the toughest time for many girls. She adds that emotions are heightened during this time in a girl’s life, and that girls feel “profound and joyous connection and devastating betrayal and loss.”

Bogue doesn’t think L.A. is the mean-girl culprit, as long as parents don’t reinforce harmful attitudes about looks and money at home. “I raised both my daughters in L.A.,” says Bogue, “and I definitely had some trepidation along the way. It’s a bigger uphill climb to be a woman in this city since there is so much focus on appearance. But mean-girl behavior comes from a core feeling of not being good enough, which transcends physical appearance.”

Experts and parents think that self-esteem issues play a role in meanness among adolescent girls. Bogue says girls’ self-esteem peaks at age 9, and points out in her book “Nine Ways We are Screwing Up our Girls and How We Can Stop” that from that time forward, “the average girl will begin to expend an extraordinary amount of life energy wondering what is wrong with her and why she can’t be better, prettier, more popular and more ‘perfect’.” Girls then start to compete with each other in ugly, negative ways because they wrongly believe putting each other down is the way to stay popular and attractive.

Cognitive behavioral therapist Karen Cohen, LMFT, adds that bullying or mean behavior often comes from the need for power and control. She thinks both perpetrators and targets suffer from low self-esteem. “If the child feels helpless and powerless in the home because of family secrets – physical/verbal abuse, family violence etc. – they’re most likely internalizing it and display it in a safer place like school, where they become the perpetrators,” Cohen says. She adds that girls who are the targets of bullying might have learned to be passive and are unable to stand up for themselves or ask for help.

The result is bullying that can involve taunting and teasing, social isolation, destruction of property, threats, cyber bullying and physical violence.

I asked four recent middle school graduates, including my daughter, what a mean girl is like. They tell me that she:

Natalie Hampton’s experience bears this out. “My daughter is a really strong student – an alumna of the Mirman School – and her work was often held up by the teachers as the example to follow,” says her mother, Carolyn. “This enraged the bullies, and she was an easy target because she was among the youngest, petite, and the type of kid who would never fight back.”

Carolyn says Natalie’s middle school did not help tackle the problem. “We tried to arrange get-togethers with classmates to help [Natalie] make friends. We volunteered a lot at the school and tried to get to know the teachers and students. We urged the administration to have a class meeting to discuss what kind of behavior will and will not be tolerated, but we were completely shut down,” she says.

Natalie’s experience also included cyber bullying, which takes place on social media such as Facebook, Instagram and SnapChat, where accountability and even documentation are almost non-existent. Carolyn says she believes that social media make being a teenager a million times harder. “Rather than being bullied only on school grounds, you can be bullied 24/7, relentlessly and often anonymously,” she says. In Natalie’s case, the bullying didn’t end until she moved to a different school in ninth grade.

How to stop it 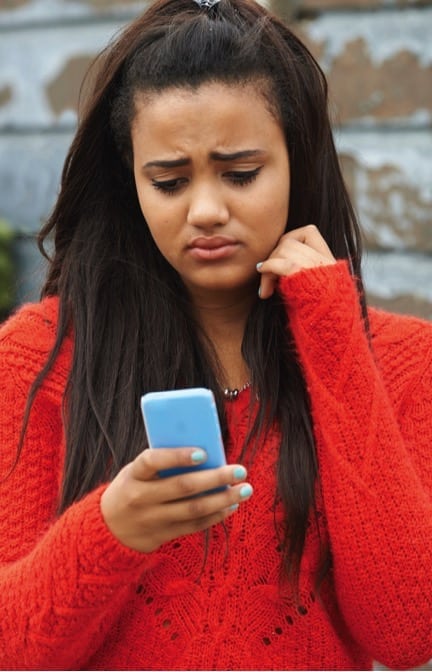 To prevent mean-girl situations, a parent’s first job is to avoid stereotypes. “We, as adults, need to be careful not to fall prey to stereotypes about girls and women that may actually add to the problems,” says Johnson. “The stereotype that girls are mean, catty, manipulative, bossy and can’t get along means that when difficult situations come up, we may be tempted to say, ‘See, girls are just so mean.’ In fact, this is inaccurate. Yes, girls are sometimes mean, as are boys. But that’s not the whole story.”

Equally problematic is the stereotype that girls should be nice and kind. “When girls take on the mantle of needing to be nice and kind all the time, they find themselves resorting to underground social aggression to deal with the normal feelings of anger and disappointment that arise in all human relationships,” Johnson says.

Parents need to model “clear, direct, assertive communication” to resolve friendship and colleague-related conflicts, showing girls an alternative to social aggression. “When we co-view films, the news, videos, or read books together, it opens the door for discussing how kids and adults handle relational conflicts – for better or worse,” says Johnson. “And it’s a chance to encourage creative, effective solutions to friendship challenges.”

When choosing schools, consider carefully. “Schools that value community take the issues of bullying and harassment very seriously,” says Carolyn Hampton. “Every school should have a written anti-bullying policy and procedures in place. No parent should send their child to a school that doesn’t.” Her ideal campus policy is a restorative-justice program where bullying incidents are openly discussed, school officials clearly spell out rules and consequences, and bullies sometimes have to make amends to their victims and to the community.

Another crucial step is making sure your daughter understands that you are there for her during this difficult life phase. “I think it is very important to let your child know that you will always listen without judgment, and that you will always have her back,” Carolyn Hampton says. “The last thing you want is [for her] to shut down and keep those feelings bottled up inside. Something like that could end in a tragedy.”

Finally, as the mom of a strong 15-year-old girl, my suggestion is to teach children self-assurance and encourage good citizenship from a young age. My daughter didn’t respond to mean-girl behavior because she didn’t care about being part of the popular crowd. She had her friends and her purpose in life. But her eyes were wide open and when she saw younger kids being bullied and teased, she always intervened and helped them. I know, because those kids’ mothers have thanked me for my daughter’s compassion.

Natalie Hampton is similarly caring. In high school, when she saw kids eating lunch alone, she would invite them to join her. “The simple gesture of opening up the table made a difference in the lives of these kids,” she says. Natalie believes that every school has “upstanders” like her who are happy to take steps to make their schools more welcoming and inclusive, and that student-led anti-bullying initiatives are far more effective than those led by adults.

Natalie created an app called “Sit With Us” that serves as a social network and lunch-planning platform, and is being used by more than 80,000 people worldwide. She wanted to effect change on a larger scale. “She felt that if she sat back and did nothing for the kids who continue to suffer every day,” says her mom, “she would be just as bad as the kids who watched her eat lunch alone every day.”

Kaumudi Marathé is a Glendale-based writer and mom who frequently contributes to L.A. Parent.