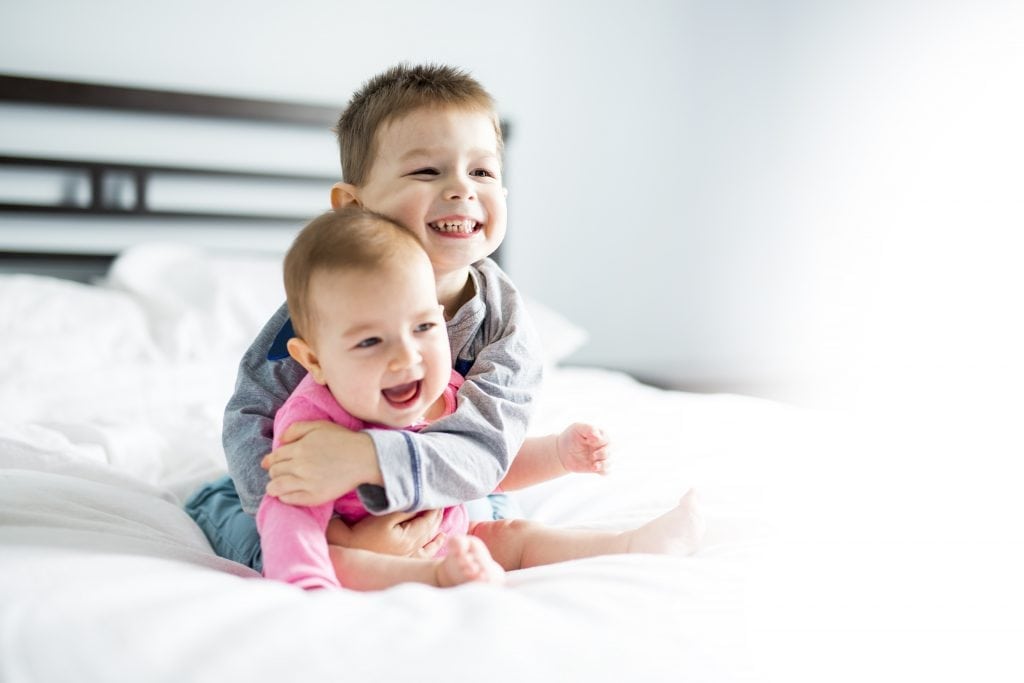 The decision to have a child is one of the most momentous people can make. Those who venture down that path undertake lifestyle changes that transform every aspect of their financial, social and personal lives for decades to come.

An equally momentous transition can be the one from one child to two. Add a sibling and you’re upending things for yourself, your co-parent and your first child. While parents bond with their second child, they also have to ensure that the first child bonds with the newest family member. And they’re doing it on even less sleep, with more stressors and more demands on their attention and affection.

Each sibling will have a different relationship with each parent and with each other. These relationships will change and grow, but they begin immediately after the second child comes along. There are enormous rewards to having more than one child – and huge challenges as well.

Fortunately, experts in child development and psychology, as well as the parents of siblings, have long puzzled their way through these challenges and are eager to pass their knowledge on to new generations.

Psychologists have said that a child being presented with a sibling can have feelings similar to those an adult would experience if their spouse decided to marry a second wife or husband. But according to experts, there are a number of things that parents can do to get their first child mentally ready for being a sibling.

The first step is to involve the child. “You want the child to feel like they’re part of what’s happening, and that this is going to be a positive addition,” says Santa Monica psychologist Pamela Varady, Psy.D. “You can talk about how important it is to be big brother or sister, and all the goodies that come with that role.” Point out that this new sibling will be someone your older child can teach and take care of – and a friend they’ll have for life.

Varady cautions parents to take care in preparing children ages 6 and younger, keeping their language positive and staying away from what she refers to as “the bad stuff,” such as jealousy or rivalry.

There are also ways that an older sibling can help the family get ready, especially if they’re old enough to help around the house. Erin Hutton, mom of two boys, says her older son helped her decorate the new baby’s room and, in turn, received a set of toy trucks as a “gift” from his newborn brother. “This went over very well,” Hutton says.

Sibling rivalry isn’t something that crops up at the very beginning. “Usually a new child doesn’t take away too much until they start to do interesting things, like crawl or talk,” says Varady. “That’s typically when an older sibling [will] get jealous.”

Also, as children get older, parents can unwittingly throw up roadblocks to sibling connectedness. Among these are having obvious favorites, making comparisons between siblings or spending an inordinate amount of time with one child at the expense of the other.

To nurture relationships between siblings, Varady encourages parents to let them have shared experiences, even if the siblings are more than a few years apart. “Sometimes, you just want them to see that there’s a benefit to having a sibling, that it makes play more fun,” she explains.

For Hutton, having two teenage boys has led to more than a decade 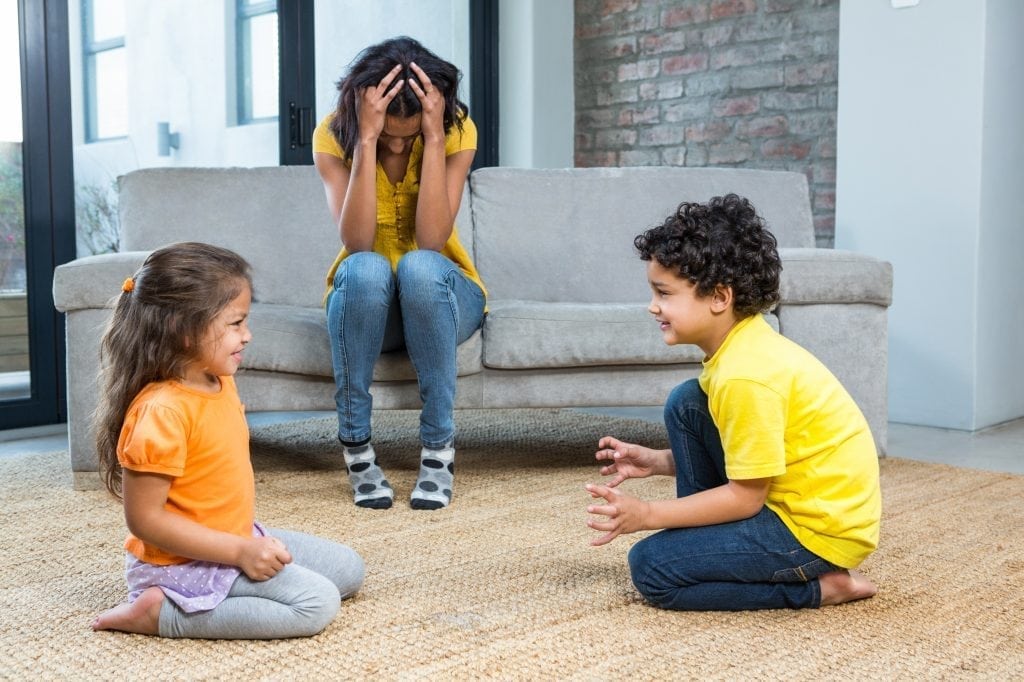 of both sibling closeness and intense rivalry. “I let the arguments play out on their own for the most part; but when it starts to get really nasty, I have to step in and make them apologize and say something kind,” she says. Even so, Hutton says, her boys generally support each other in their activities and are proud of each other.

Parents can also ensure that siblings stay close to each other by making it clear that the relationships between their children are a priority. “The most important thing in fostering sibling harmony is valuing it more than you value anything else,” Varady says. “The children will come to understand that.”

To avoid simply slapping labels on children based on their most obvious traits, experts believe it’s important to focus on the children’s actions rather than their personalities. Spending quality time together can help parents understand that a child who is an athlete, a reader, shy or lazy is also plenty of other things – both positive and negative. Parents should also reflect on the labels they had affixed to them when they were young. How did it feel to be labeled? Did those labels follow them into adulthood?

“Recognize the long-lasting implications of labeling one child as ‘different,’” urges Elizabeth Dorrance Hall, Ph.D., director of the Family Communication and Relationships Lab at Michigan State University, whose work centers on what she calls “marginalized family members,” sometimes known as the outcasts of the family. “Most marginalized family members can recall very painful memories of being cast out as different, disapproved of or excluded from family events or conversations,” she says. “They carry these experiences with them into adulthood and it shapes their interactions with other people and how they are resilient to other challenges in their lives.”

Differences between children’s personalities and passions don’t have to be a problem. In fact, they can be cherished as part of each child’s uniqueness. Relationship expert Jennifer Jenkins, Ph.D.,  says it is important for parents to admire and celebrate kids’ differences, and to talk to their children about this. If one child is outgoing and has many friends, and another is “shy” and has only one close friend, a parent can celebrate that child’s single friendship and what makes that friend special to them.

Because each child’s personality – and each parent’s – is different, parents often find that they are naturally closer to one of their children than another. If parents don’t manage this carefully, however, it can have an extremely harmful effect. A 2013 University of Toronto study followed 400 families for four years and found that less-favored children showed more emotional problems than siblings treated in a more positive fashion. But surprisingly, all of the children whose parents played favorites showed higher rates of aggression and emotional issues – even the favored sons and daughters. 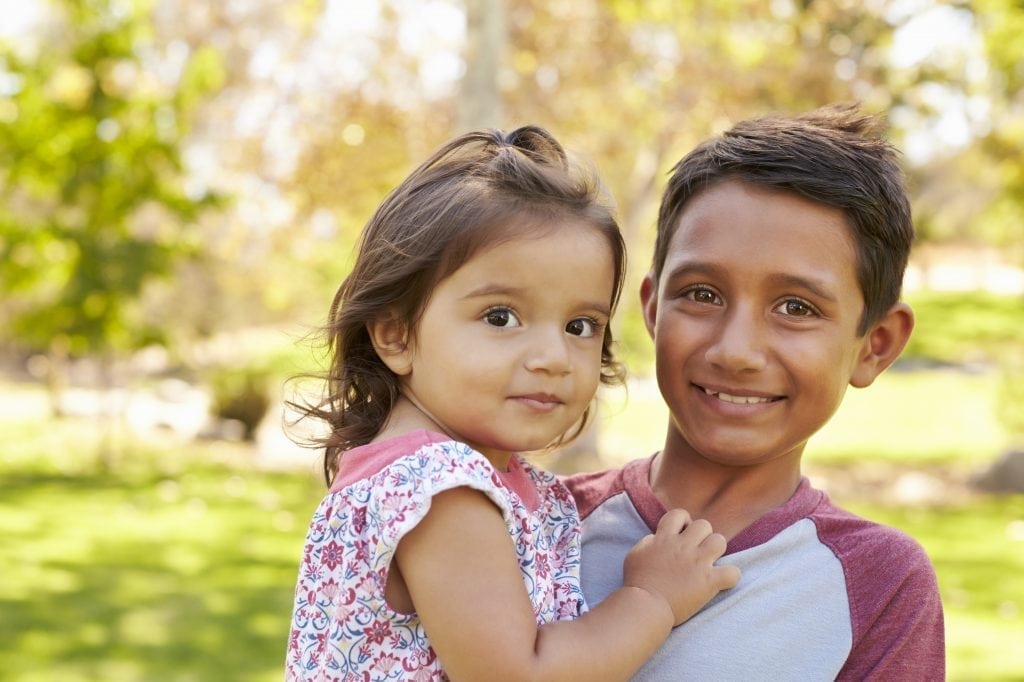 “When parents respond to siblings differently, that feeds back into child behavior,” says Jenkins, one of the study’s authors. “So kids treated more differently do notice it, and if it’s not mitigated, more differential treatment does have a negative effect on a child’s well-being.”

Hall says that differences in parent-child bonding will cause less trouble if all of the children in the family feel accepted and loved by their parents. “Parents can do this by communicating both acceptance and challenge to their children,” says Hall. “Acceptance is about showing children they are valued, unconditionally loved and worthy. Challenge is about pushing kids to examine their own behaviors to improve.”

In her practice, Varady emphasizes the importance of each parent spending time with each child, especially if their interests or personality don’t closely match their own. “I think having one-on-one time will give more time to understand what’s beautiful and unique about that child,” she says.

When siblings pursue different interests and activities, sometimes things just fall into place. For Hutton, the solution was to let each of her boys pursue his individual interests, and she and her husband split their time attending each son’s activities. “We try to give equal attention to the boys, but it seems like things naturally have split where my husband handles the older one’s activities and I handle the younger one,” she says.

Navigating these logistical challenges is just one part of nurturing the relationships between siblings, and between siblings and parents. But when done with care, it can be incredibly rewarding.

“What’s beautiful about having more than one child is that you’re teaching them social and emotional skills that last a lifetime,” says Varady. “Not only will it help their relationship to each other, it will help all their relationships.”

Mike Rothschild is the father of two sons and a regular contributor to L.A. Parent. 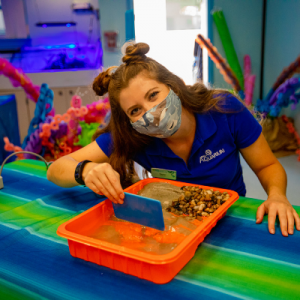 Pregnancy Is a Great Time For a Massage 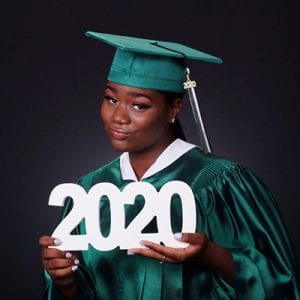 Graduation Dreaming: The Heartbreak and Hope of the Class of 2020 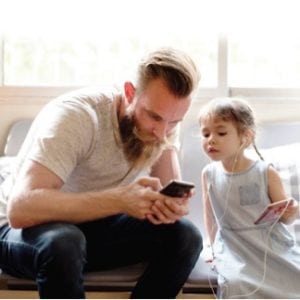 Time for a Family Tune-up at Home 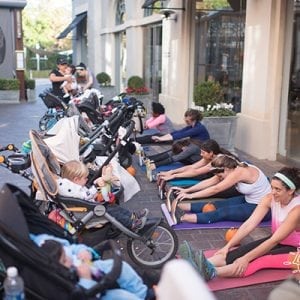